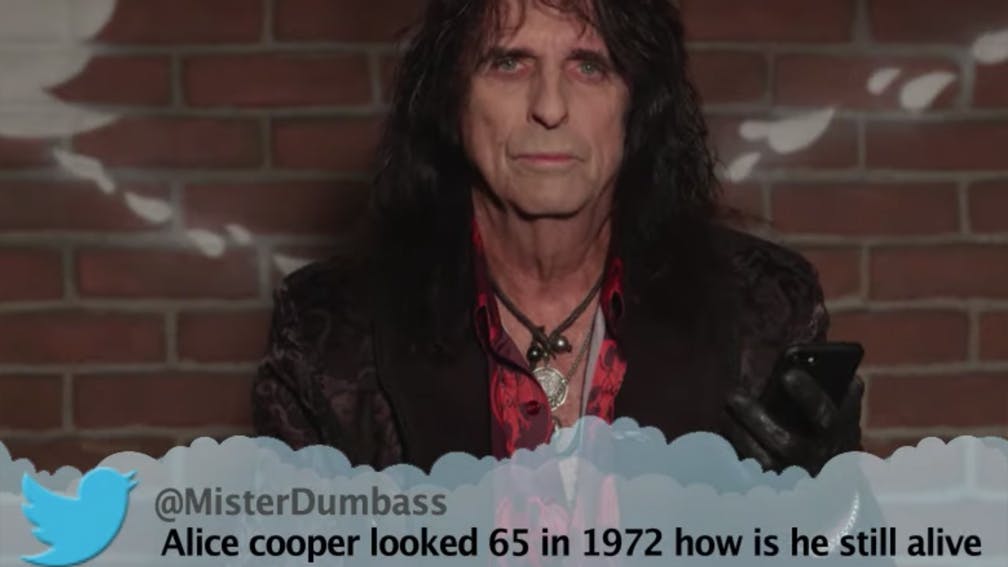 A brand-new edition of Jimmy Kimmel's hilarious Mean Tweets segment has arrived – and it features some pretty brutal comments about our favourite bands and artists.

Appearing in the franchise for the second time are Green Day and Alice Cooper, while Jane's Addiction legend Perry Farrell also gets the chance to read out the internet's most harsh thoughts.

All three seem to take the comments relatively well – particularly Green Day, who reply to one Twitter user's thoughts that drummer Tré Cool looks like the "emo version of Ted Cruz" by pointing out that bassist Mike Dirnt looks like Russian president Vladimir Putin. That leaves one question, then: which politician does frontman Billie Joe Armstrong most resemble?

Read this next: Perry Farrell talks family, the abandon of youth and flying solo

Elsewhere, Perry responds to the question, "How crazy are you on a scale from one to Perry Farrell?" and Alice Cooper ponders the tweet, "Alice Cooper looked 62 in 1975 – how is he still alive?" Ouch…

The collective rock legends are joined by Billie Eilish, Chance The Rapper, John Mayer, Lizzo, Cardi B and more.

Read this next: Green Day – The inside story of Insomniac