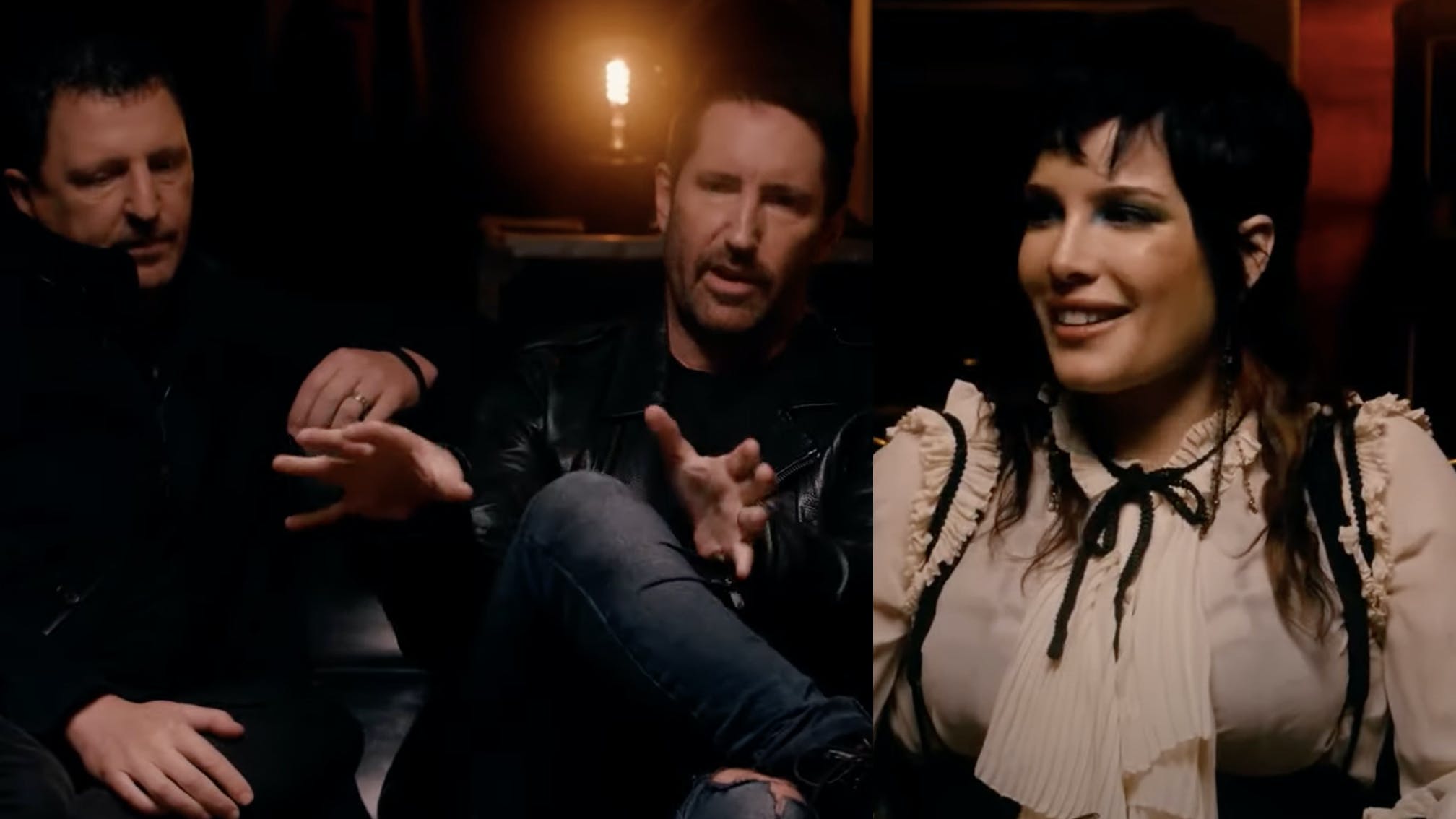 Following the release of If I Can't Have Love, I Want Power last week, an insightful new hour-long interview between Halsey and Nine Inch Nails' Trent Reznor and Atticus Ross has been released.

Moderated by Lizzy Goodman, the chat took place at Hollywood's Capitol Studios, with the trio covering all sorts of topics regarding the LP: how it came to be that they worked together, Halsey's nerves about approaching NIN for the job, work schedules, the creative process and much more.

Read this: Album review: Halsey – If I Can’t Have Love, I Want Power

Previously, Halsey explained of the vision of If I Can't Have Love…, and how Trent and Atticus were perfect for the job: "I wanted really cinematic sort of, not horror specifically, but kind of just really unsettling production. It’s something I wanted, and Anthony, my manager, knew that it’s something I wanted and I had abandoned it, because I was like, 'I’m not cool enough. They’ll never do it. I’m not interesting enough. Like, I’m not even going to ask…'"

Watch the new interview below: