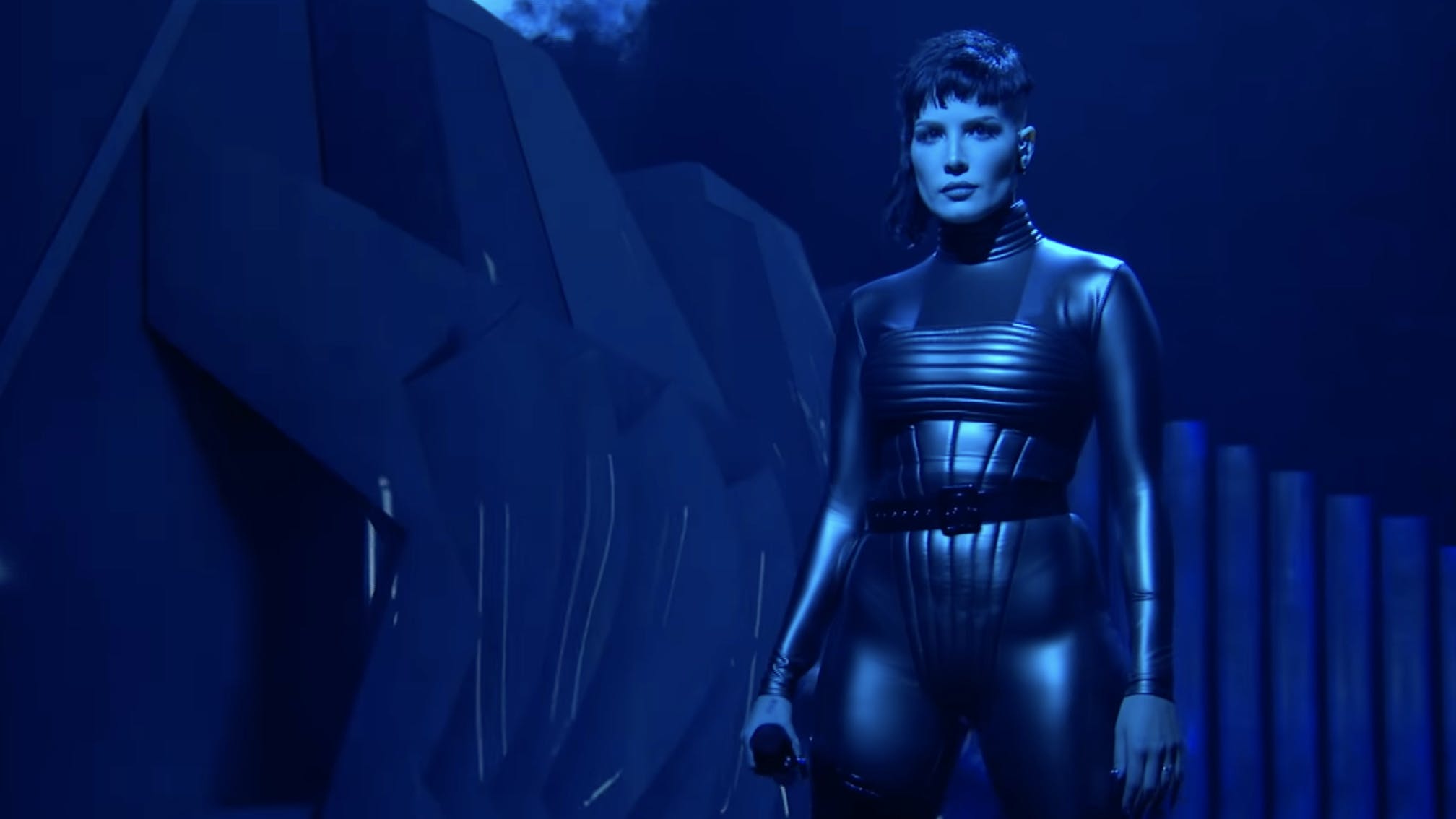 With new album film If I Can’t Have Love, I Want Power hitting HBO Max last week, Halsey was a special guest on this weekend's episode of Saturday Night Live, performing two of the NIN-produced record's songs: I am not a woman, I'm a god and Darling.

The New Jersey star was joined by former Fleetwood Mac guitarist Lindsey Buckingham for the latter track, while on the former Halsey rocked a badass black catsuit to represent "power, cold desolate and intricate: me before".

Halsey added on Twitter of the Darling performance: "The second is love, lush and organic and dreamy: me after. And how wonderfully they both co-exist!"

Read this: Album review: Halsey – If I Can’t Have Love, I Want Power

They also wrote of the experience as a whole: "I can’t believe I just did SNL for the 5th time!!!!!! It never gets old. Always electrifying and so fun to finally perform the new songs."

And see the internet's overwhelmingly impressed reaction to the whole thing:

Halsey has shared a raging new live performance video for Easier Than Lying, taken from this year’s incredible If I Can’t Have Love, I Want Power album.

Halsey unveils dazzling new live video of You asked for this

Watch Halsey perform If I Can’t Have Love, I Want Power track You asked for this.

Halsey has shared an excellent, energetic new performance video of honey – a song that features Dave Grohl on drums, and is taken from this year’s If I Can’t Have Love, I Want Power album.