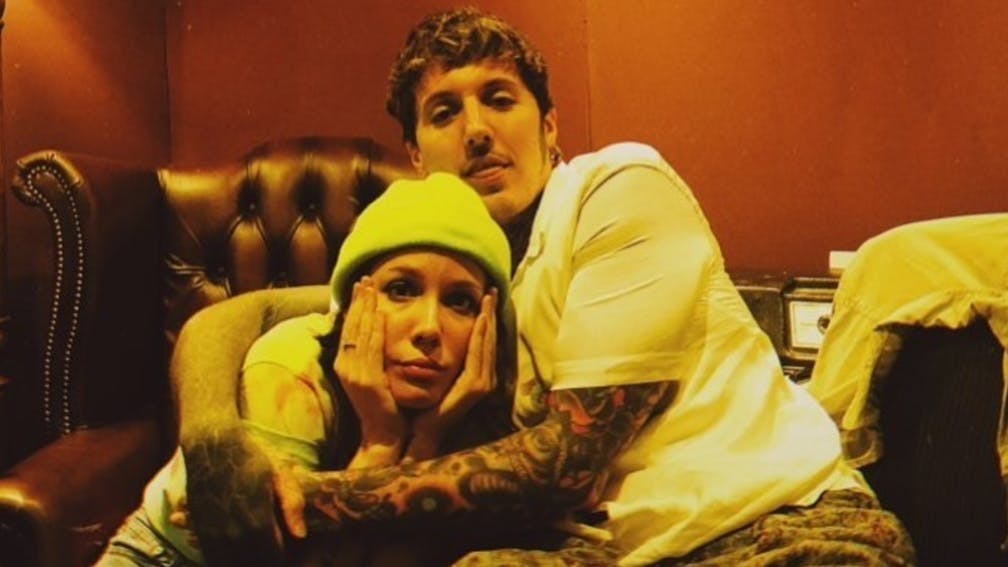 Halsey and Bring Me The Horizon, have, for a long time, been good friends and collaborators. Halsey appeared on the song ¿ off of Bring Me the Horizon’s surprise 2019 EP music to listen to… Then, Halsey released Experiment On Me, co-written by Bring Me The Horizon’s Oli Sykes and Jordan Fish, for the movie Harley Quinn: Birds of Prey. At her show at the SSE Hydro in Glasgow on March 7, Halsey finally gave the track its live debut.

Experiment On Me actually sounds a lot like That's The Spirit-era Horizon, and sees the pop singer taking on rock, complete with loud guitars and a scream – which she also executes live, surrounded by flames. Halsey starts the performance on a platform suspended in the air, which is slowly lowered down to the stage.

Here’s a fan-shot video of part of the show:

And watch a video of the full performance:

Meanwhile, you can listen to Experiment On Me, which appears both on the soundtrack for and in a fight scene of Harley Quinn: Birds Of Prey, below:

Read This: 14 iconic guest vocals in rock and metal

“Hands down craziest song I’ve ever recorded,” Halsey said on Twitter. “By a landslide. And rightfully so for Harley!!!!!”

Experiment On Me was the result of a highly-anticipated and much-hyped collaboration between Halsey and Horizon. They started teasing a collaboration back in July 2019, when Halsey posted a video to Twitter with the caption “is it too crazy?” and tagged Oli and Jordan.

Shortly after, Oli posted a picture of himself and Halsey to Instagram.

When the tracklisting for Halsey’s album Manic was revealed, fans pointed out that the Bring Me The Horizon collaboration wasn’t on it. Halsey clarified, explaining that there was more than one collaboration.

“Okay, the Bring Me The Horizon song,” she said. “I knew you guys were going to ask about that. It’s not on this album, but there’s two – well technically ‘two’ things. One and then something else that are coming out not on my album – for something else with Bring Me The Horizon. And then I have another collaboration with another friend of mine that’s coming out this year too, and I’m putting out so much music next year.”

Then, in January, Jordan announced that he and Oli had co-written the song with Halsey for the Birds Of Prey soundtrack.

This was a dream come true for Halsey, who’s been a Bring Me The Horizon fan for years.

“I’ve loved Bring Me my whole life,” Halsey said in a video on Twitter. “And I’ve been a fan since I was like 14 years old so getting to work with them was super surreal but we hit it off like immediately. And what we made is really special and it goes so well in the film. It’s such a cool moment.”

Halsey’s expressed her love for Bring Me The Horizon on Twitter before:

However, Halsey recently announced that she may be taking a break from touring soon. “I think 2020 will mark the end of me touring for a very long time,” she said in an Instagram post.“Thank you for making the memories so special. I am cherishing every single night.

Read This: The 15 most metal songs on movie soundtracks ever