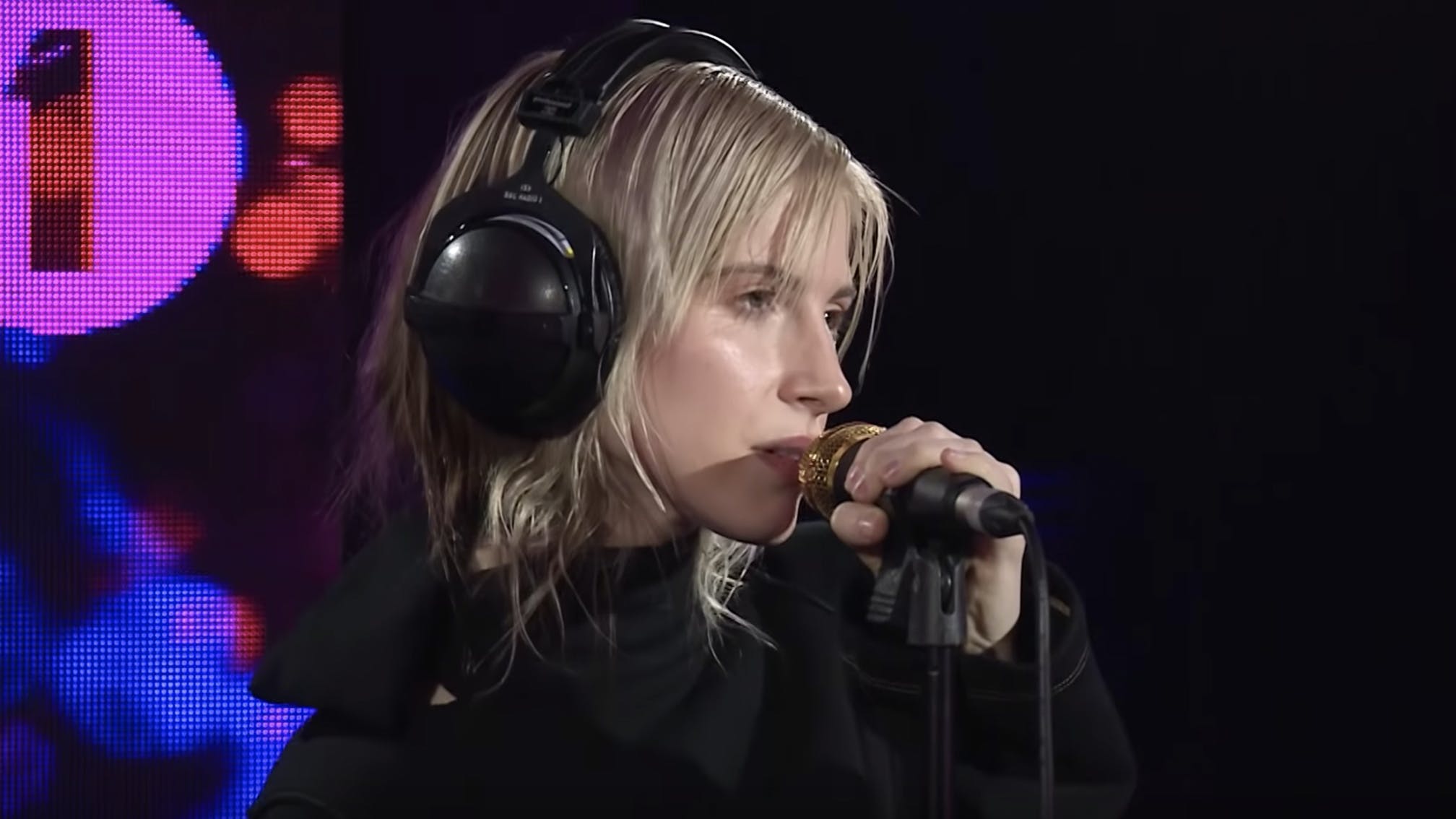 In the run-up to the release of her debut solo album Petals For Armor on May 8, Paramore vocalist Hayley Williams stopped by BBC Radio 1 for a stunning Live Lounge session.

Not only did the singer unveil Petals For Armor's lead single Simmer live for the very first time, she also took on Don't Start Now by UK pop superstar Dua Lipa. Hayley tweeted afterwards that she's "really proud of these performances", and it's easy to see why…

Hayley's Live Lounge appearance follows her interview with Zane Lowe earlier in the week, in which she spoke of the emotions within Petals For Armor, and how the title stems from her own personal “mantra to try and stay soft in a really, really hard world and feel pain, and let all of it come to you and try and put out something that can redeem it all – even if it’s ugly at first”.

“The way that I experience my anger is heat in my face; it’s visceral," Hayley said. "I think I mostly tap into it without shame when it’s for the sake of somebody else. When it’s for me I go straight into shame… Taylor’s [York] the first person that ever told me anger is neither a bad nor a good emotion. It’s just an emotion. It’s a feeling. It’s a thing. You don’t have to assign it to something. Just let it breathe. Just feel it. I had the hardest time being angry while we were writing [2017 Paramore album] After Laughter and I clearly had a lot of to be mad about. But I was depressed. And I think often depression is masking other pointed feelings.”

Watch the full interview below.