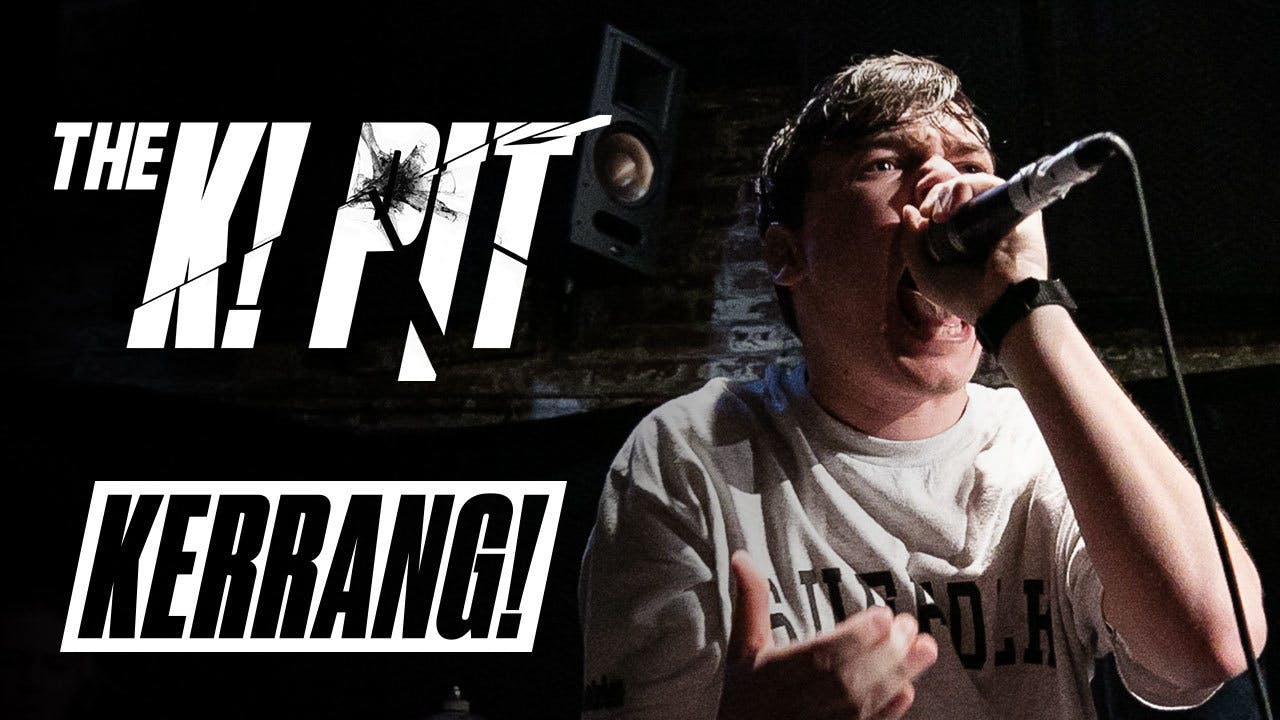 It was obvious from the moment they agreed to play the tiny back room of Brooklyn drive bar The Gutter that Kentucky hardcore crew Knocked Loose would put on one hell of a K! Pit performance. The band has experienced a meteoric rise of late, in no small part due to the raw energy they bring to their mindblowing live show. But when the handful of spaces for that show filled up in a matter of hours, and the line to get into The Gutter's back room began winding through the entire bar, it became clear that this K! Pit was something special.

And Jesus, was it ever.

From the first note of opener All My Friends, the band and audience merged into a single mass of crashing bodies and gritted teeth. There wasn't a moment of stillness; every person in in the room was either whipping their way across the floor, holding the edges of the pit like flood walls ready break at any second, or surging forward to the front row to scream along with Knocked Loose frontman Bryan Garris. Not content to give their fans only classics, the band also broke out two tracks from their upcoming album A Different Shade Of Blue, titled …And Still I Wander South and Mistakes Like Fractures. The night was a glorious blur that reminded everyone present why Knocked Loose are one of today's most riveting bands.

Watch Knocked Loose set a new standard for the K! Pit below: