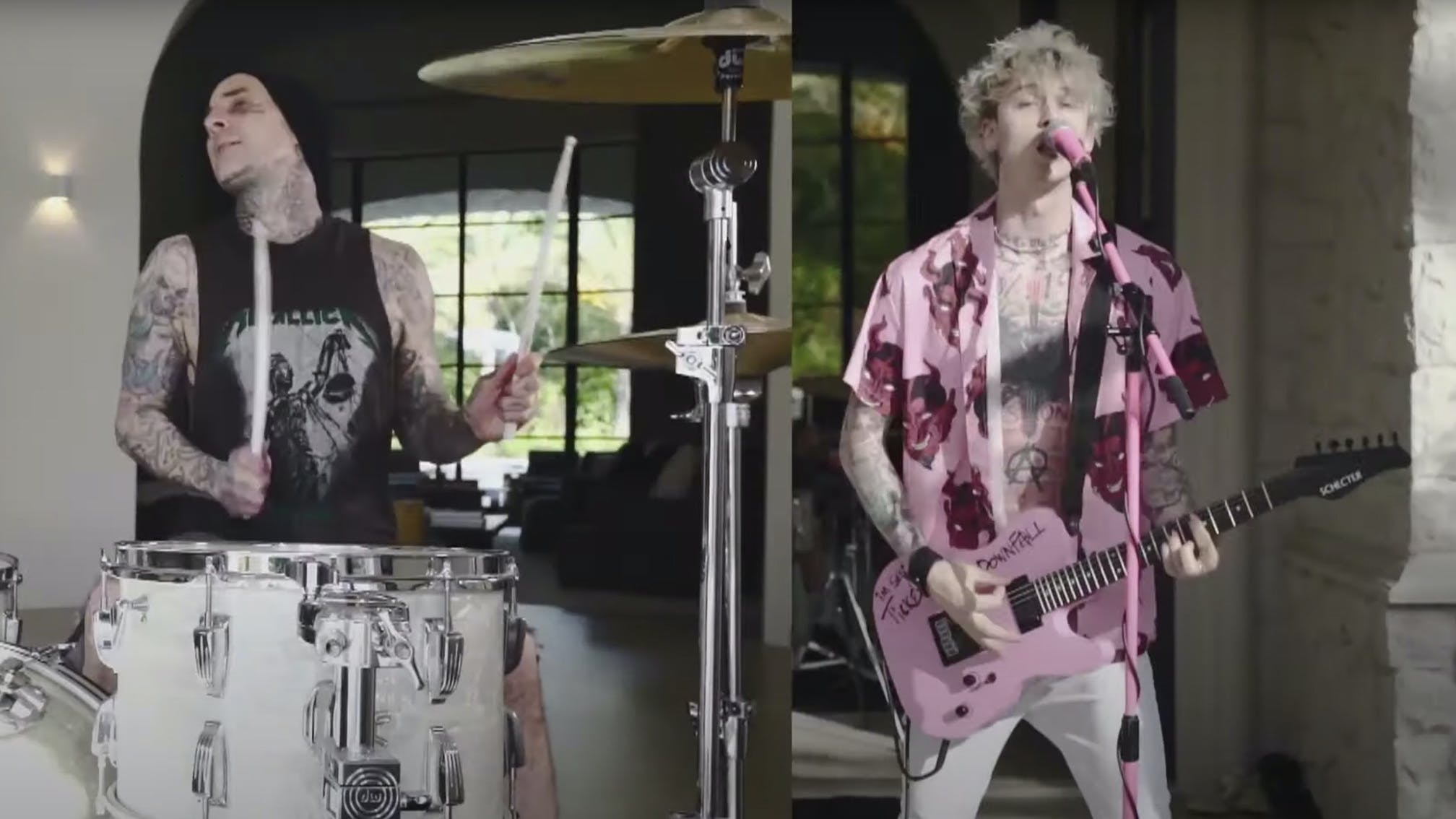 The pair gave the song its live debut while social distancing, with Machine Gun Kelly wearing a bright pink shirt to pay tribute to a fan who had also covered Bloody Valentine.

"Dedicating tonite’s performance to this girl," he tweeted. "I always wanted to make songs that people would want to cover, and this was the first one I saw and it was so beautifully done. I’ll be wearing the shirt you’re wearing in this video on TV tonight so you’ll know."

Bloody Valentine is taken from Machine Gun Kelly's upcoming pop-punk album Tickets To My Downfall, which is due out this year and will hopefully serve as inspiration to the rapper's fans to pick up a guitar.

“I hope that this project, for an audience broader than what’s already listening to music that has instruments in it, I hope that this album inspires some kids to go and pick a guitar up, because it really is uncommon for a 15-year-old to have been to a concert where anyone’s playing an instrument,” said MGK in an interview with Zane Lowe. “It is weird. But I’ve had plenty of people be like, ‘Dude, this is the first time I’ve ever seen someone play a guitar live, it’s crazy, I wanna do it.’”

Machine Gun Kelly also revealed of his work with Travis on the record: “This whole thing started out with one studio session. We’ve been great friends for a decade. So this was just like, ‘Hey, let’s just do a random day of work.’ The energy was so immense that came from it…