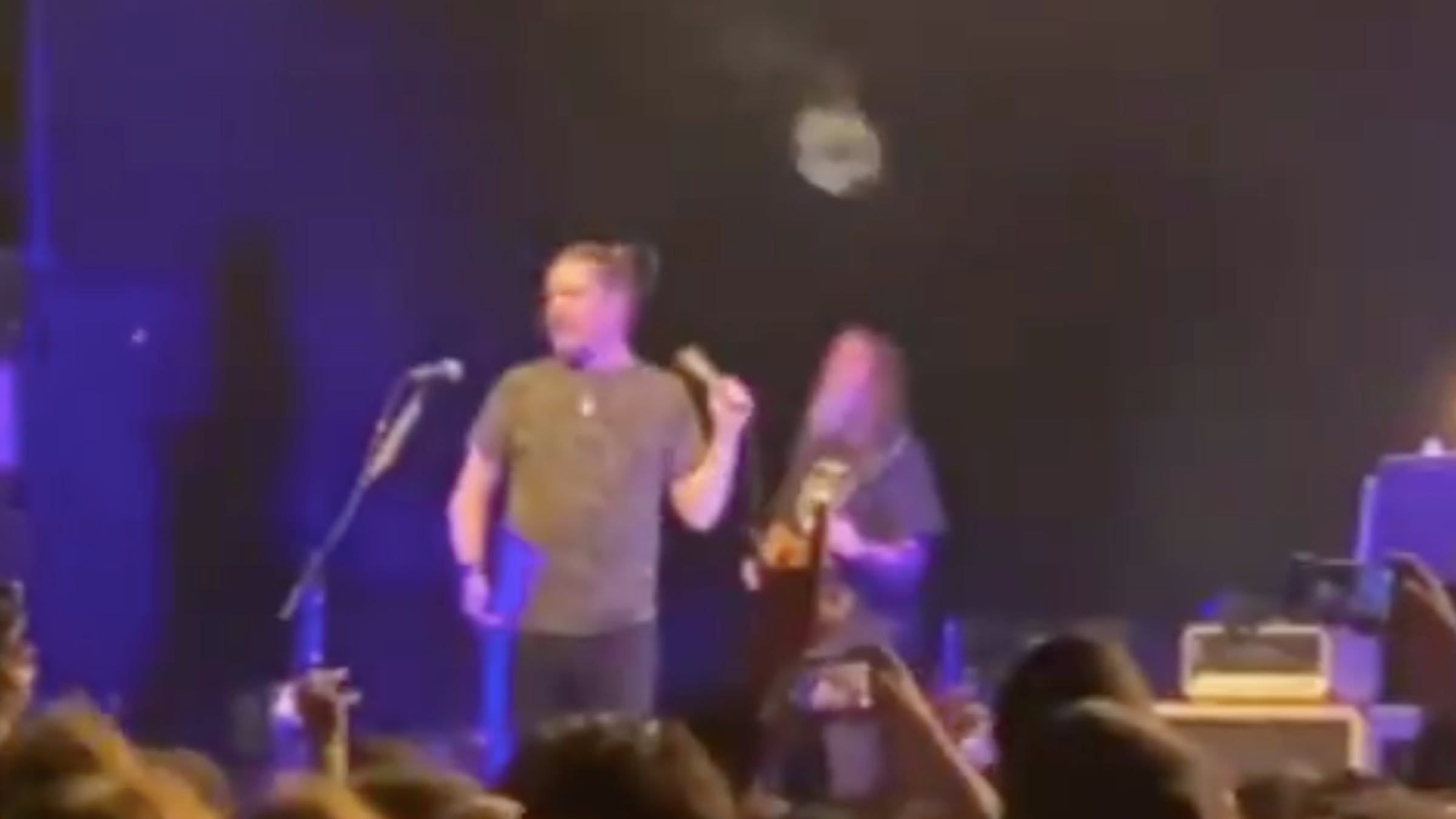 During one of the Brooklyn stops on Mr. Bungle’s reunion tour, a fan threw something onstage mid-show. But it wasn’t one of the items you’d normally expect, like a bottle or shoe –- it was the ashes of another late fan.

A little background: Dakota Young had died unexpectedly, but he and his friends had bought tickets to the Mr. Bungle show on February 11 at Brooklyn Steel. One of his friends tossed his ashes, wrapped up in a pair of his underwear, onstage. The ashes flew through the air with a trail of dust following, before landing squarely in the middle of the band members.

Here's a video of the event, via MetalSucks' Twitter:

A show may seem like an unlikely place to scatter the ashes of a loved one, but there’s a long history of it. However, while it’s not unusual to see a fan’s ashes onstage, it’s normally the bands who are scattering them. In 2018, Johnny Rotten spread a fan’s ashes onstage during a show in Frome, England, at the request of the fan's sister. Hatebreed also honored a similar wish from a late fan, and dedicated As Diehard As They Come to him in 2016. Dying Fetus scattered a deceased fan’s ashes into the pit while they played his favorite song, Homicidal Retribution.

And it’s just not onstage. Bullet for My Valentine took custom-made jewelry holding the ashes of two fans who had died in a car crash with them on tour in 2015, while Attila spread a fan’s ashes inside their tour bus:

Mr. Bungle wrapped up their seven-date reunion tour last week, and fans are waiting to see what they’ll do next.