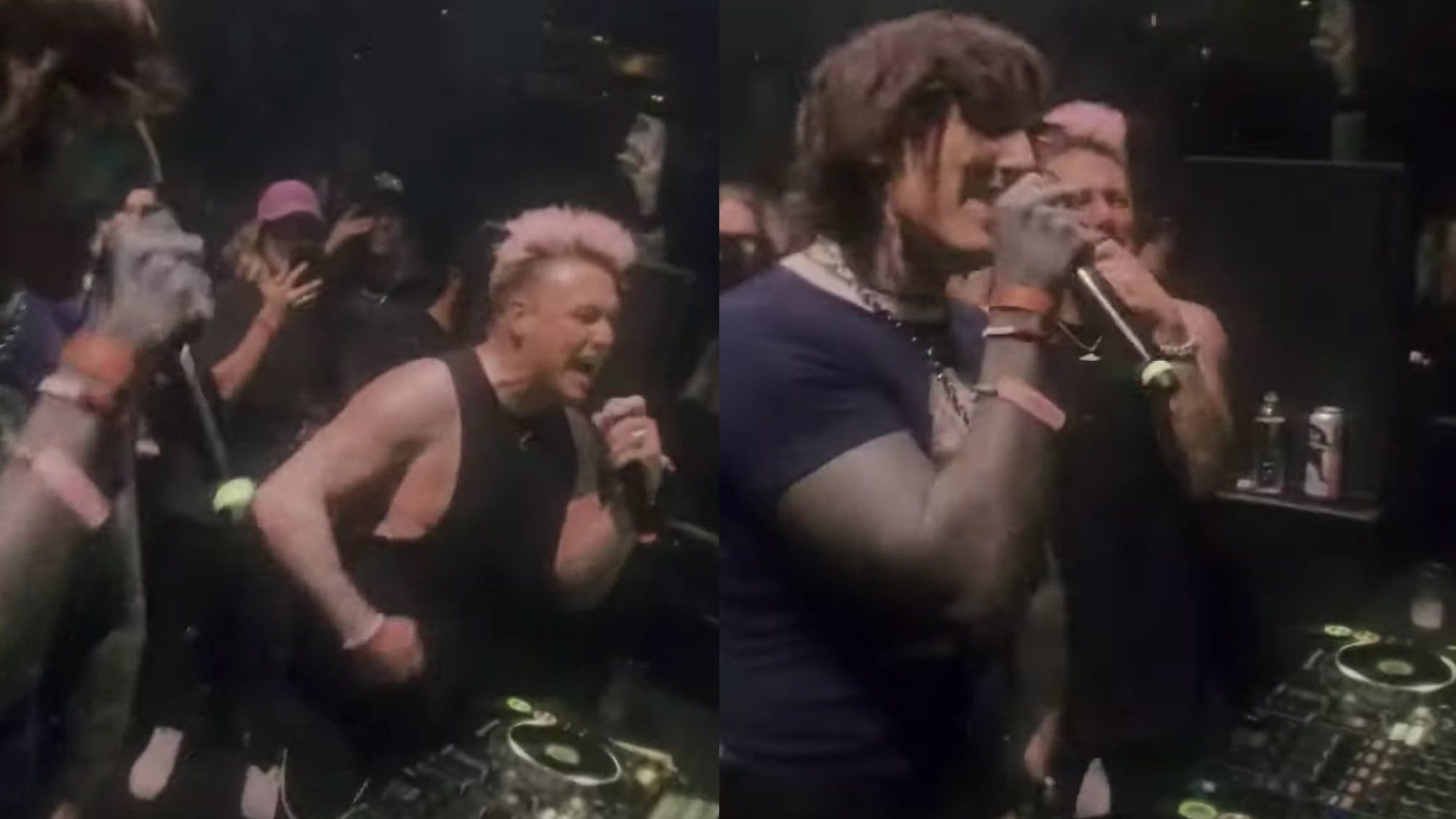 In a new video uploaded to BMTH’s YouTube, Jacoby and Oli can be seen blasting out Papa Roach’s 2000 nu-metal classic Last Resort to the crowd, as well as singing along with each other (singing along to your own song not in the context of a gig is a pretty cool move tbf).

Oli and bandmate Jordan Fish also recently tackled Last Resort at a karaoke night while they were out in LA (this footage was shared by Horizon on YouTube, too). Elsewhere, Oli belted out a bit of Oasis, and Jordan absolutely nailed Journey…

In a new interview with Kerrang!, Jordan said of BMTH’s time in LA: “We were supporting Slipknot at Knotfest so we couldn’t have all the bells and whistles, but we figured out a way to do the best show we could with what we had. The Whisky was more a case of just, ‘Go on and play!’ No production. A completely different vibe. We did a couple of smaller shows after the UK tour, too. It’s quite nice to do both ends of the spectrum, actually, from a huge stadium to a few hundred people in a traditional rock venue. It’s good to keep us on our toes. Not having the huge production reminds you that people are there for the music and that raw performance first and foremost! The most important thing is the connection between you and the fans.”

He also revealed of their latest writing sessions: “We just wanted to get together and push it along. We collaborated with some different people. We pushed ourselves. We’ve not really debriefed yet, but we’ve got some really cool stuff. The bones of the second Post Human record are there.”

Papa RoachBring Me The Horizon