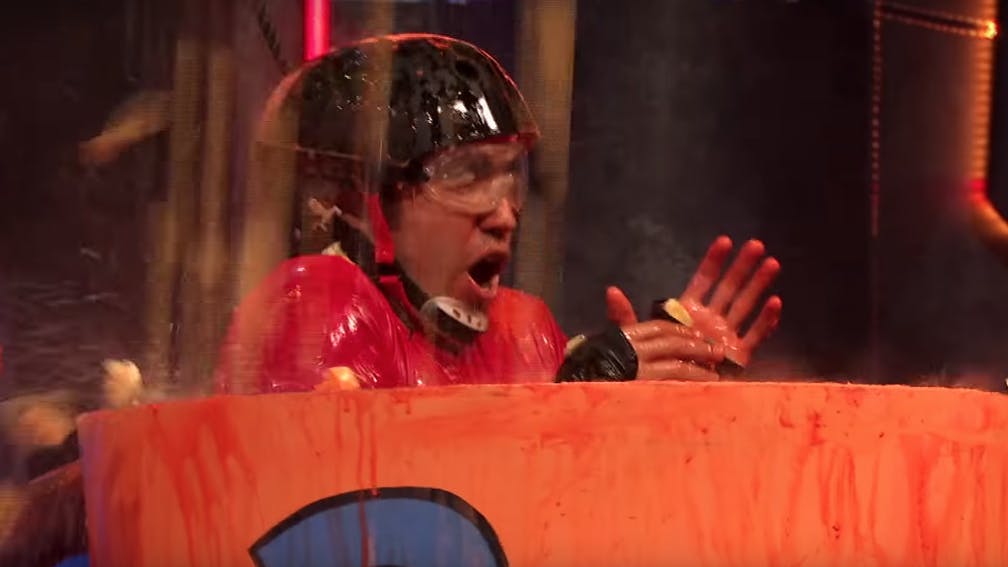 Following last week's news that Fall Out Boy bassist Pete Wentz was set to appear on Nickelodeon game show Double Dare (a new revival of the classic that ran from 1986 to 1993), footage has just appeared online of the musician in action.

In Nickelodeon's new teaser, you can see Mr. Wentz getting covered in some pretty grim-looking slime, dressing up as, er, a baby, and just generally gushing about Double Dare – a show he used to watch as a kid and hoped to one day appear on. Amazing.

"I've been covered in many substances so far," he smiles in the clip. "A lot of cold liquids and orange powder of some kind. I grew up watching it, and I remember them stuffing flags in their shirts and stuff. I always wanted to be on it! I also remember, when I was little, I was like, 'I'd be able to do all those physical challenges.' They're harder! I'll tell this to little people: they're harder than I thought…"