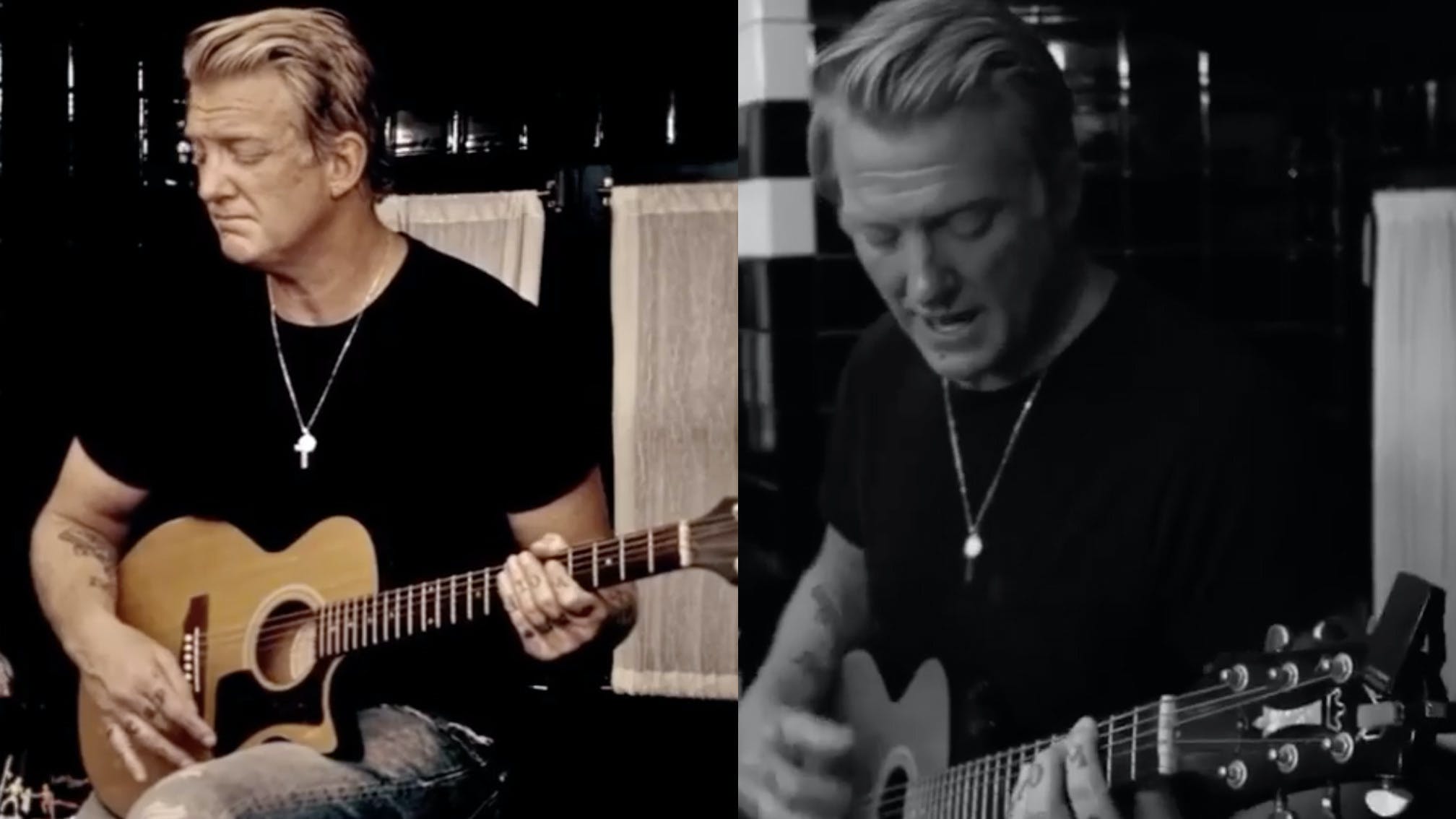 Joining the long list of rock stars performing in lockdown, Queens Of The Stone Age frontman Josh Homme has unveiled an absolutely wonderful rendition of Villains Of Circumstance – filmed in his bathroom.

The performance comes as part of Hedi Slimane's ongoing Portrait Of A Performer series, and was filmed by photographer Andreas Neumann. Previously, Josh has performed the Villains album closer with a string quartet on Later… With Jools Holland, though somehow this more stripped-down version hits even harder.

It'll be interesting to see how else Josh uses his current downtime at the moment, and if any new music comes out of it. Of course, last year saw him join forces with a wealth of incredible musicians for Desert Sessions Vol. 11 & 12, and there were also rumours that there was a new QOTSA album in the works featuring Dave Grohl.

However, the Foo Fighters frontman later clarified of his time spent with Josh and that particular news story coming out: “You know, I never fucking mentioned that I’m on the new Queens record. I’m not on the new Queens record. You know what Josh and I have been doing together? Riding motorcycles and eating waffles. That’s it. Let me tell you, it’s a fun morning. We’ve done it more than a few times and it’s pretty fucking great. I wish I was on the new Queens album. I fucking love playing with Josh. He’s one of my best friends, but at the moment it’s just motorcycles and waffles.”

Late last year, however, Josh also suggested that he'd be happy to team up with Them Crooked Vultures once more (the supergroup featuring himself, Dave, and Led Zeppelin’s John Paul Jones).

“The ironic thing is that we all want to do another Vultures record and I think everyone has certain roles they play in the Vultures, and in all honesty, I feel like part of Dave’s role – since he got it together the first time by saying, ‘Hey, do you wanna try this?’ – I feel like that’s part of in his job description in Vultures,” he said. “I have my various things that I’m supposed to do I think, but that isn’t one of them. But I’m always ready to be in Them Crooked Vultures again. I don’t chase, you know?

“I think, ultimately, these things happen when they’re supposed to, and I don’t have much experience in forcing things to happen like that. When you’re playing music, people come together because they want to and not from a sense of need or desperation. I think that’s the best reason to come together.”

Anyway, while we keenly await Josh's next moves, watch him perform Villains Of Circumstance in his bathroom:

Read this next: The 15 best rock supergroups of all time