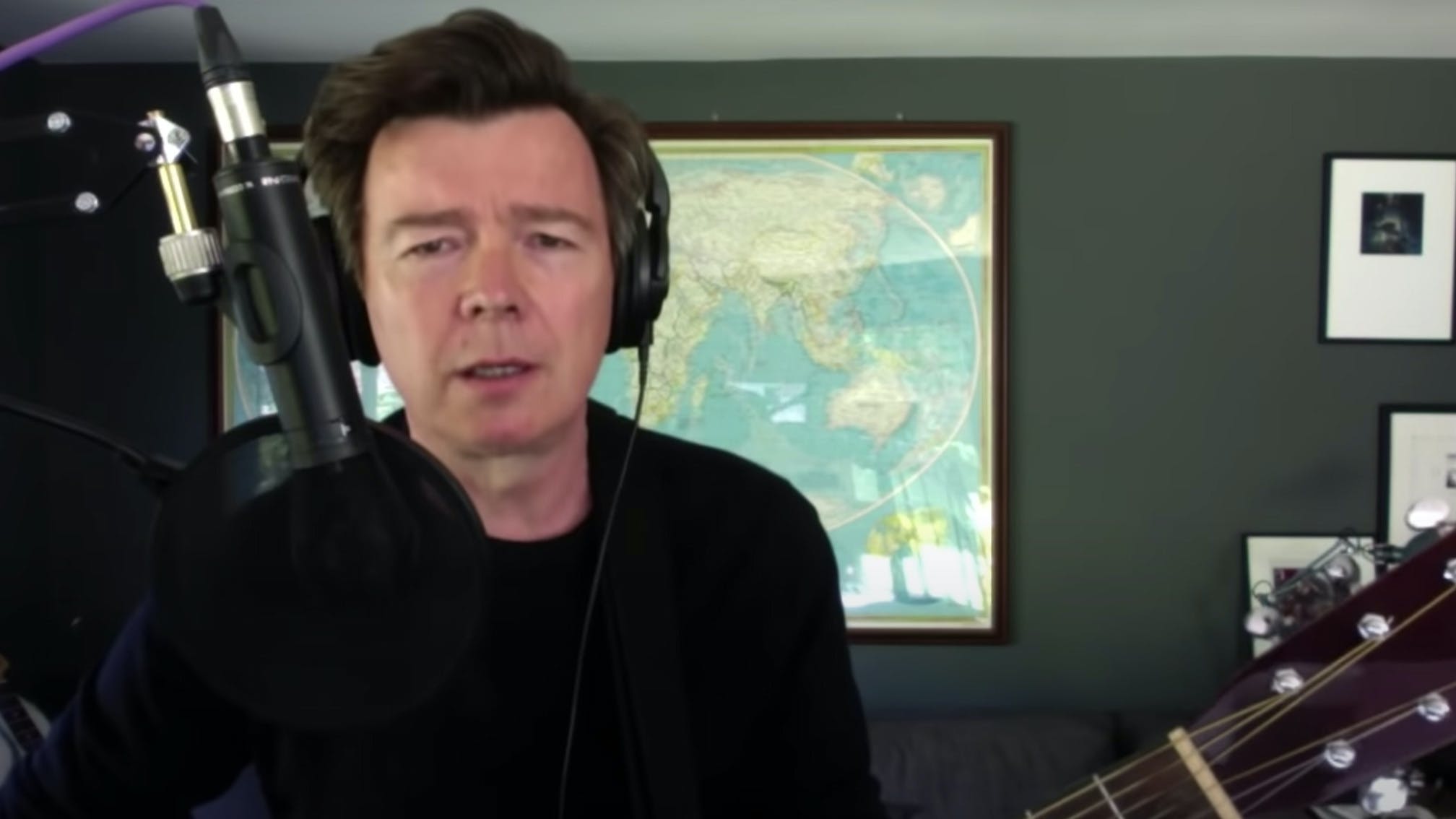 While music has been a constant source of comfort throughout these troubled times that we're living in at the moment, it's not just rock fans who are turning to some of the scene's most beloved bands for a pick-me-up: even ’80s pop legend Rick Astley is channeling his inner rockstar with a cover of Foo Fighters' Everlong.

Of course, Rick and the band have actually played together before, performing a cover of Rick's Never Gonna Give You Up at London's huge O2 Arena in September 2017, and at Japan's Summer Sonic festival the month before that. Now, though, Rick is going it alone with a really great solo cover of Everlong from what is presumably his home studio.

Read this: A deep dive into Foo Fighters' Everlong video

“Sometimes you just have to find the song that's gonna lift your spirits and put you in another place, and I've been doing that a lot recently with music,” Rick explains in the intro to his cover. “One of the bands I always go to – believe it or not – is Foo Fighters.”

And he's not the only musician who has turned to Dave Grohl and co. in lockdown. Back in April, members of Biffy Clyro, Royal Blood and loads more teamed up for BBC Radio 1’s heartwarming Times Like These charity cover.

“To all those amazing artists who took the time to learn and sing the words that I scribbled on a bit of hotel stationery nearly 20 years ago – I am beyond humbled,” Dave responded afterwards. “You have no idea. I hope this new version of the song helps lift people’s spirits a little, and that the proceeds we’re donating to Comic Relief and Children In Need reach as many people affected by COVID-19 as possible.

“Thanks again, for giving me the chance to be a part of something so much bigger. I look forward to the day that we’ll all be back in a muddy field again, singing our hearts out together. It’s times like these we learn to live again…”

Read this: Sex, drugs, guns and dairy: The best bands riders of all time