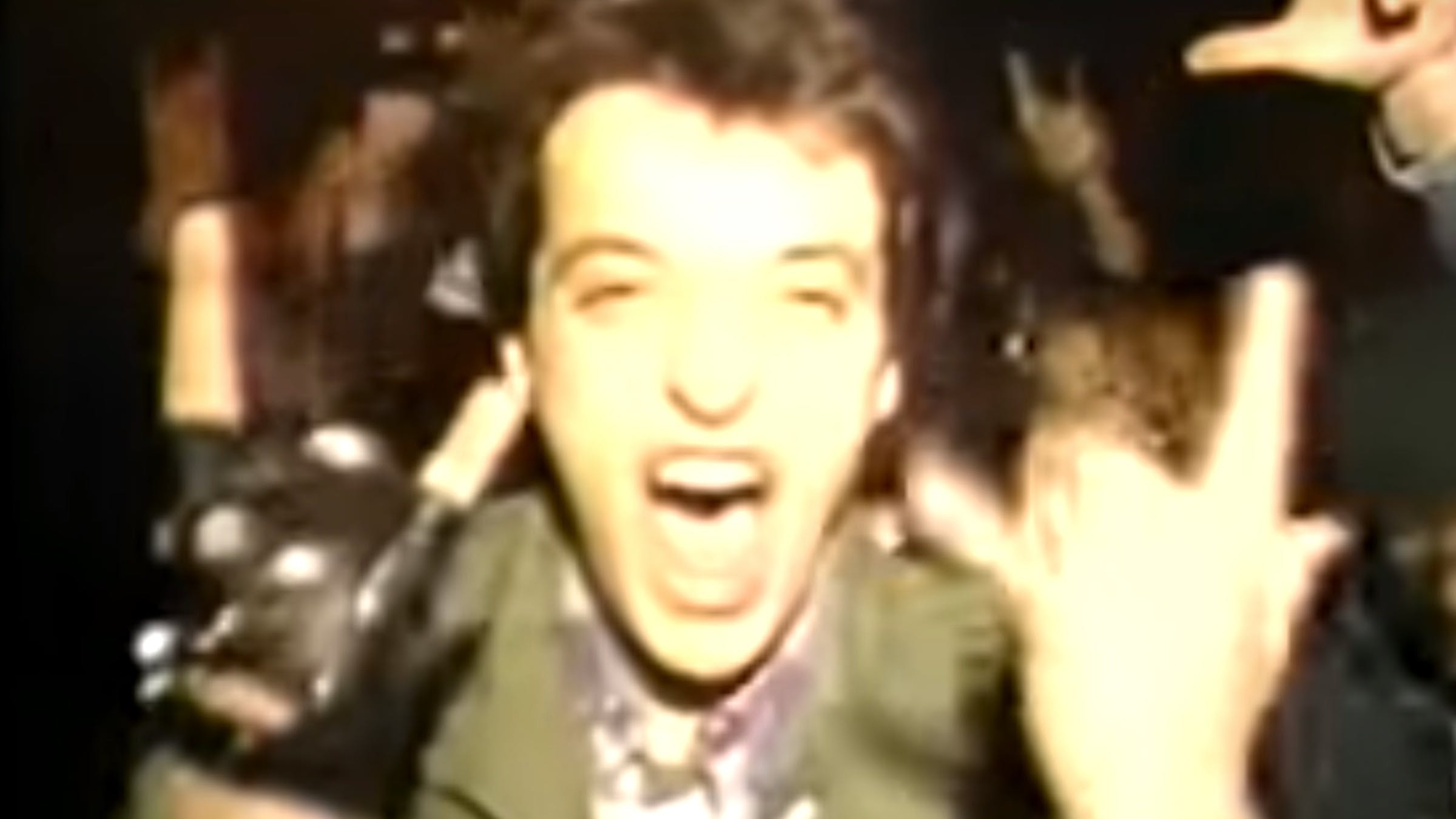 The New York music scene in the mid-'80s had some hard lines defining it. In the clubs and lofts of downtown Manhattan, you had New Wave blooming in a crush of oversized blazers and fishnets. In midtown, you have high-end clubs and bars where mega-rich yuppies were listening to the last dregs of disco and the first inklings of techno. And on the streets, you had thrash and hardcore causing blue-collar mayhem. But New York is essentially the world's biggest small town, and these cultures couldn't help but crash up against one another, as evidenced by this recently unearthed video of Slayer fans losing their shit outside of Manhattan club Studio 54.

Originally posted in 2013 but re-discovered by CVLT Nation, the footage shows fans outside what one assumes is the infamous April 3 stop at Studio 54 on Slayer's Ultimate Revenge tour with Venom and Exodus. The fans waiting in line are absolutely insane, screaming their allegiances to various thrash bands of the era and flipping off the camera. The video is definitely also a reminder of how far metal has come -- there are almost zero women present, and one dickhead openly throws the Nazi salute -- but mostly it's a blast of pure metalhead energy.

READ THIS: Here is the setlist for Slayer's final show

According to YouTuber GreenpointTavern (hopefully related to the now-kaput Williamsburg dive Rosemary's Greenpoint Tavern), who posted the video, "My brother was actually at that show. He said it was total chaos -- just people going insane everywhere. My friends and I still ask him about it all the time! My favorite is the dude that feels compelled to run up to the camera to throw the horns up and proclaim, 'Upstate, MOTHERFUCKERS!'"

Check out the footage below:

Of course, the video is bittersweet, given that this past weekend saw Slayer playing their final shows ever. In contrast, here's a video of Slayer performing Angel Of Death for the last time in LA, and frontman Tom Araya then saying goodbye to his fans.

READ THIS: The 10 Slayer songs every fan needs to know