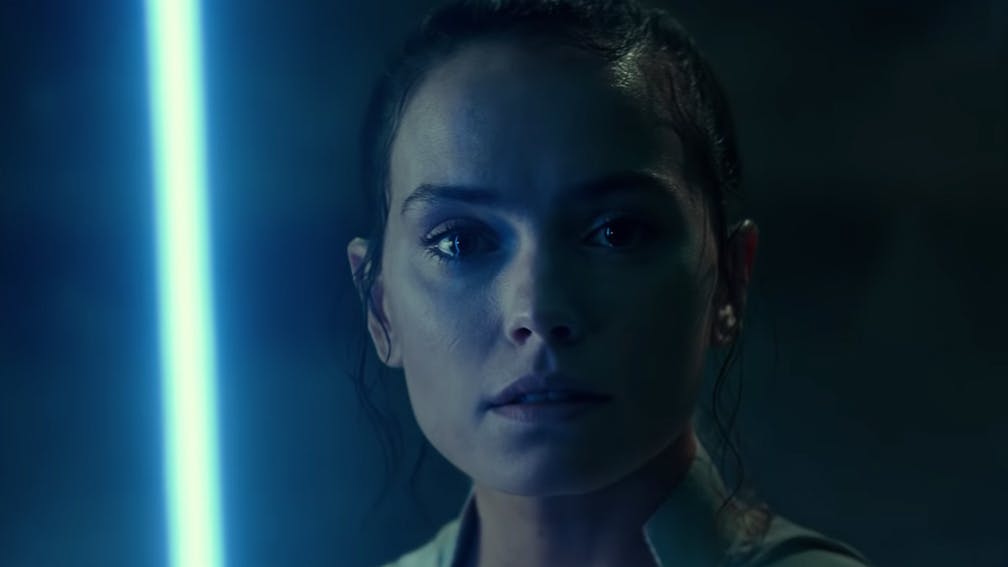 Ahead of its highly-anticipated arrival in cinemas this December, the final Star Wars: The Rise Of Skywalker trailer has just dropped.

There's a whole lot to unpack in the action-packed two-and-a-half-minute clip, from the late Carrie Fisher’s last-ever appearance as the iconic Princess Leia – featuring unused footage from The Last Jedi, prior to her devastating passing in December 2016 – to what looks like a pretty epic battle against a sopping wet Kylo Ren (Adam Driver) and a surprisingly emotional scene with everyone's favourite droids, R2D2 and C-3PO (the role of which has been reprised by Anthony Daniels).

Read this next: Every time a band showed up in a '90s movie

As well as a solid look at what all these characters are going to get up to in the J. J. Abrams-directed flick, there are also a couple of incredibly exciting voiceovers: the Jedi Master himself, Luke Skywalker (Mark Hamill), who will reportedly play a Force Ghost in the film, and the mighty Emperor Palpatine (Ian McDiarmid).

Take a look for yourself…

How amazing is that "The Force will be with you. Always…" line?! YES.

Read this next: 12 rock stars who have written their own comic books