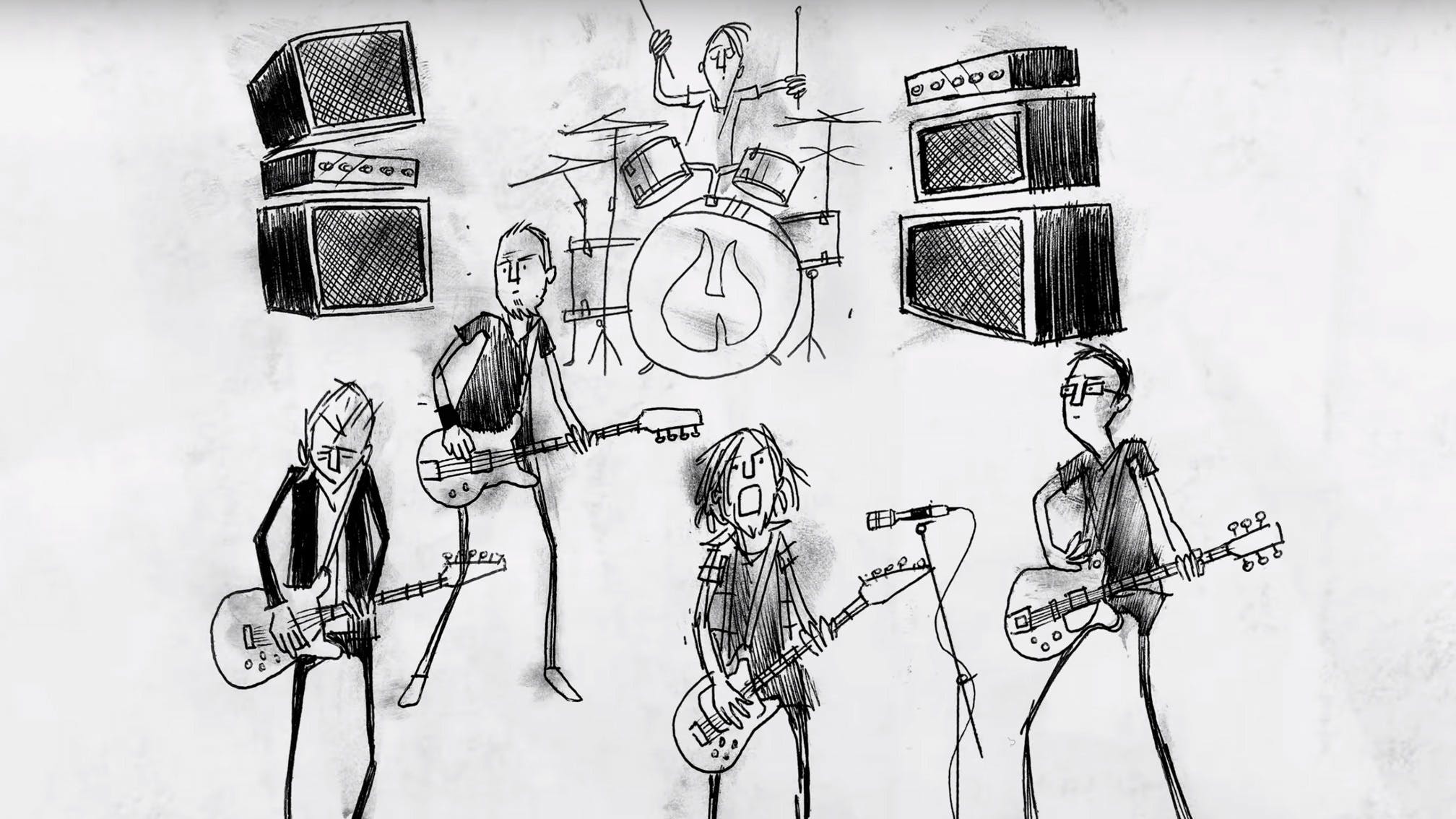 The clip was created for the Seattle grunge titans by Tiny Concert for the artist's first-ever official full-length version of the series – and what a way to launch a longer edition!

Superblood Wolfmoon was initially teased last week, with fans downloading a Pearl Jam app and pointing their phones at the moon to hear a snippet of the track. Yes, really.

“We’re honoured to be working with Pearl Jam to bring their music to life through technology blended with the elements of nature that inspired their tone,” said Powster CEO and creative director Ste Thompson. “This activation displays their innovation and creative energy going into their new album. Adapting to new technologies and integrating platforms unleashes the full potential of music, as well as changes the way fans experience new sounds, and we are excited to be teaming up with Pearl Jam to provide their fans with this exclusive look at their style and artistic direction.”

Anyway, now you can check out Superblood Wolfmoon in full – and not just at night time…

See how much effort went into storyboarding the video, too:

And here's how frontman Eddie Vedder was created:

Pearl Jam's new album Gigaton is set for release on March 27. Of the album, Mike McCready says: “Making this record was a long journey. It was emotionally dark and confusing at times, but also an exciting and experimental road map to musical redemption.

“Collaborating with my bandmates on Gigaton ultimately gave me greater love, awareness and knowledge of the need for human connection in these times.”

The band are touring North America in March and April this year, before hitting the UK and Europe in the summer. Get your UK tickets here.

Read this next: Pearl Jam’s Ten – The evolution of a classic