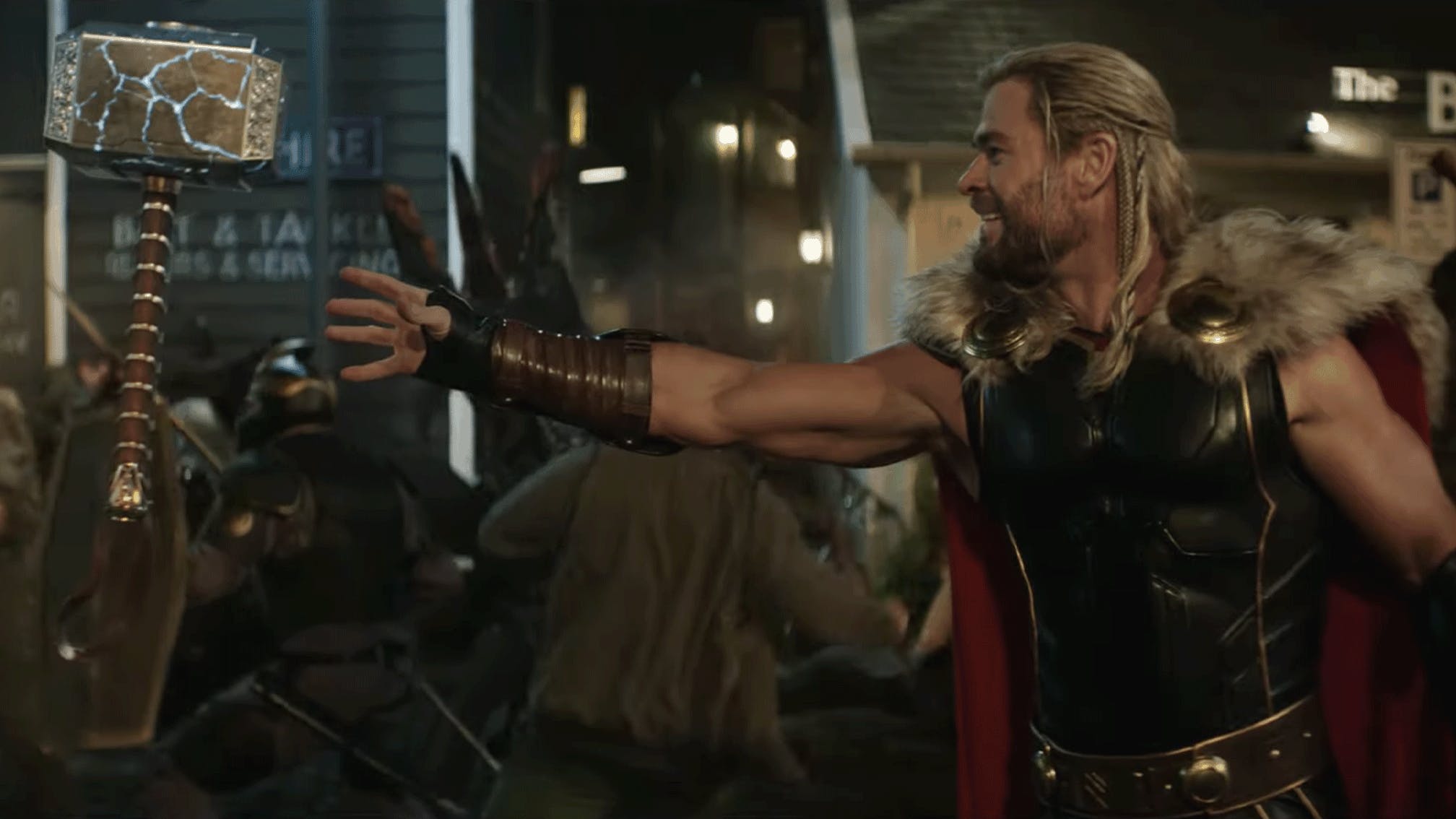 First airing at the NBA Eastern Conference Finals, the beloved Norse god has made his triumphant return to the big screen. In the new Marvel trailer, Thor (Christ Hemsworth) is seen reprising his role as her treks to Olympus where Zeus (Russell Crowe) reigns supreme.

In this latest Marvel instalment, we see Thor embark on a journey of self-discovery as he’s faced with new realities (and enemies). While the Norse hero hopes to step down from his duties as a superhero, fate has other plans. Thor’s resignation from his role as galactic God is cut short as a reigning supervillain, Gorr the God Butcher (Christian Bale), seeks to put an end to all Gods.

Assigned with a new mission, Thor recruits the support of King Valkyrie (Tessa Thompson), Korg (Taika Waititi) and ex-girlfriend Jane Foster (Natalie Portman), who has since gained the incredible ability to wield his magical hammer, Mjolnir, as the Mighty Thor. Together, the gang gear up to unravel God Butcher’s villainous plans before the damage is done.

As for other important details, Thor: Ragnarok director Taika Waititi is returning to share his brilliant, humour style on the upcoming Marvel hit. The film is, of course, produced by Kevin Feige and Brad Winderbaum.

Marvel’s Thor: Love And Thunder will be screening in cinemas on July 8. You can catch the must-watch trailer below:

If that's not enough Thor-related context, check out the jam-packed movie posted below.

Read this: Film review: Doctor Strange In The Multiverse Of Madness