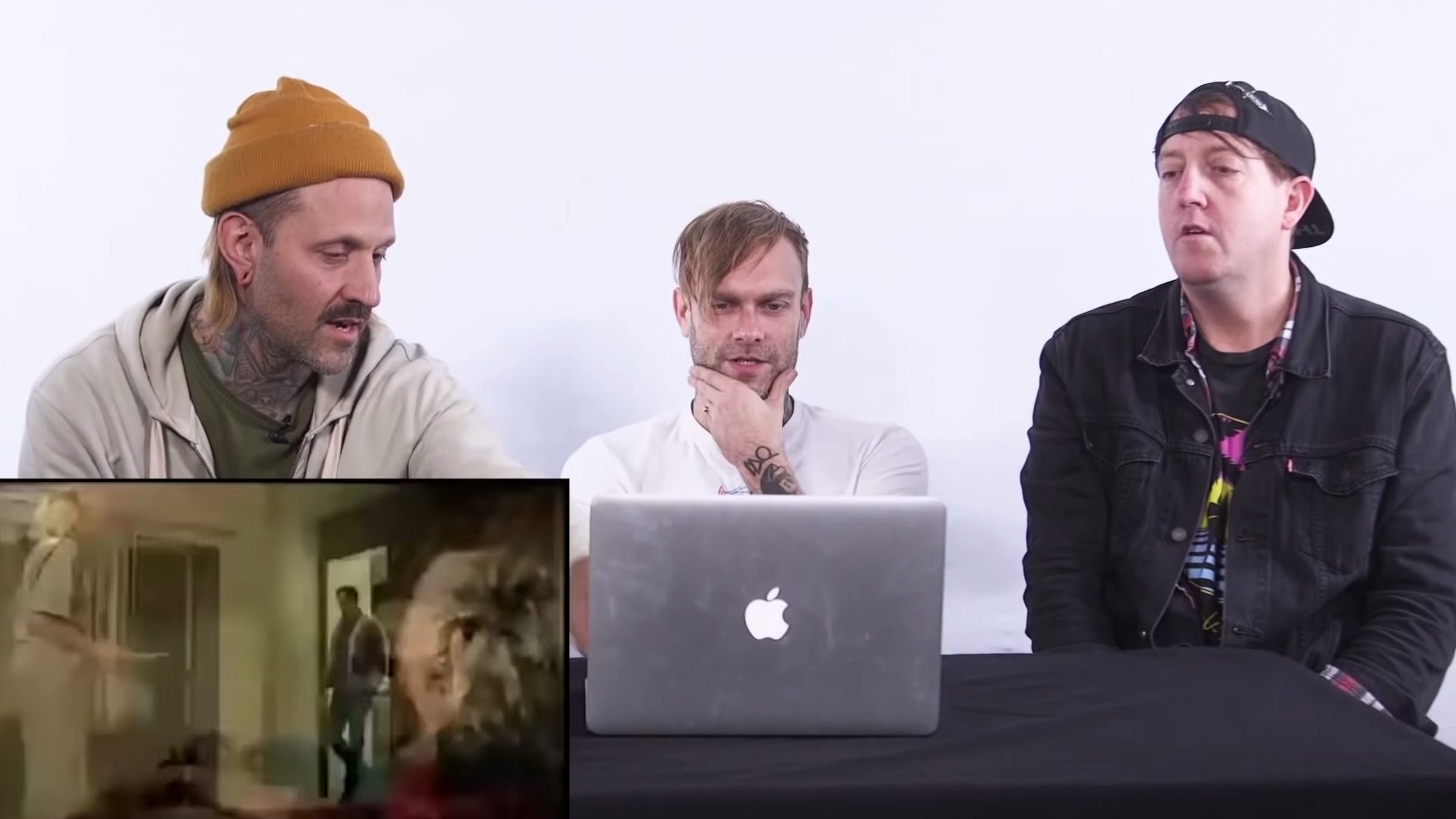 Utah’s The Used are one of the most influential emo bands of all time, and they’re soon coming up to their 20th anniversary. That doesn’t mean they’re slowing down anytime soon, though, with their eighth album set for release this April.

Recently, Loudwire invited the band to take a look back at their career via their music videos. Vocalist Bert McCracken, bassist Jeph Howard and drummer Dan Whitesides sat down and rewatched their old footage, starting with The Taste of Ink.

While rewatching Buried Myself Alive, Bert recounted the lengths they went to to bring that video to life. “I remember I was really locked in that coffin and they actually buried myself alive,” he said.

They ended by taking a look at their latest video for the track Paradise Lost, A Poem By John Milton. The video was directed by Brian Cox, who the band felt was a good fit for the album.

“We love Brian Cox’s video editing style and his kind of cool effects that he uses, and his colors we thought were really appropriate,” Bert said. “These colors are how the record looks when I close my eyes.”

The Used’s upcoming album, Heartwork, will be out on April 2. According to Bert, “The new album plays on the emotions, the sincerity, and the vulnerability of the first record and In Love and Death, with a little bit of the flair from Lies for the Liars."

The Used are currently on tour in the U.S. and will head to the UK and Europe this summer. Here’s list of their upcoming tour dates:

READ THIS: How I wrote The Taste Of Ink, by The Used's Bert McCracken