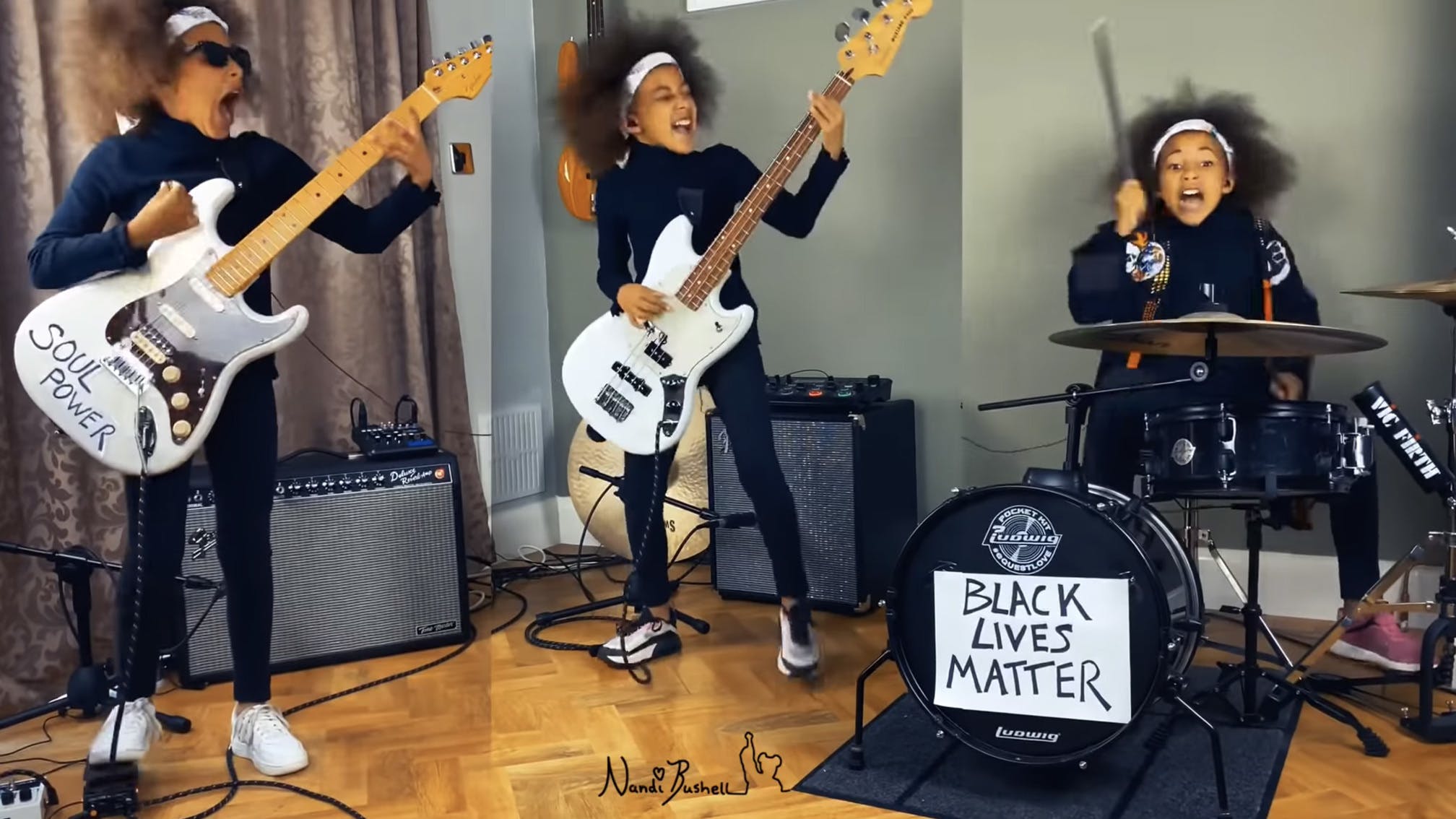 While Rage Against The Machine are unable to tour right now amid the coronavirus pandemic, Nandi Bushell – the 10-year-old drumming star who recently wowed us with a cover of Royal Blood's Out Of The Black – has been spreading the band's vital message with an awesome new cover of Guerilla Radio.

The 10-year-old's latest video was uploaded with the caption "Solidarity in the fight to end racism", with Nandi's kick drum also featuring a banner with the words Black Lives Matter. And though this cover doesn't feature vocals, Rage's lyrics such as, 'All you pen devils know the trial was vile / Army of pigs try to silence my style,' are as timely as ever right now.

Read this: Rage Against The Machine's 20 greatest songs – ranked

"With Love and Respect to all, it’s #BlackLivesMatter," said Nandi on Twitter. "All life is equally beautiful and important. Replying with ‘All Lives Matter’ disregards the message and IS the problem. Acknowledge #BlackLivesMatter."

Happily, Rage's own Tom Morello also spotted the performance, retweeting the video with the caption, "Well now we are on the right track."

Indeed we are. Watch the full video below:

Nandi BushellRage Against The Machine