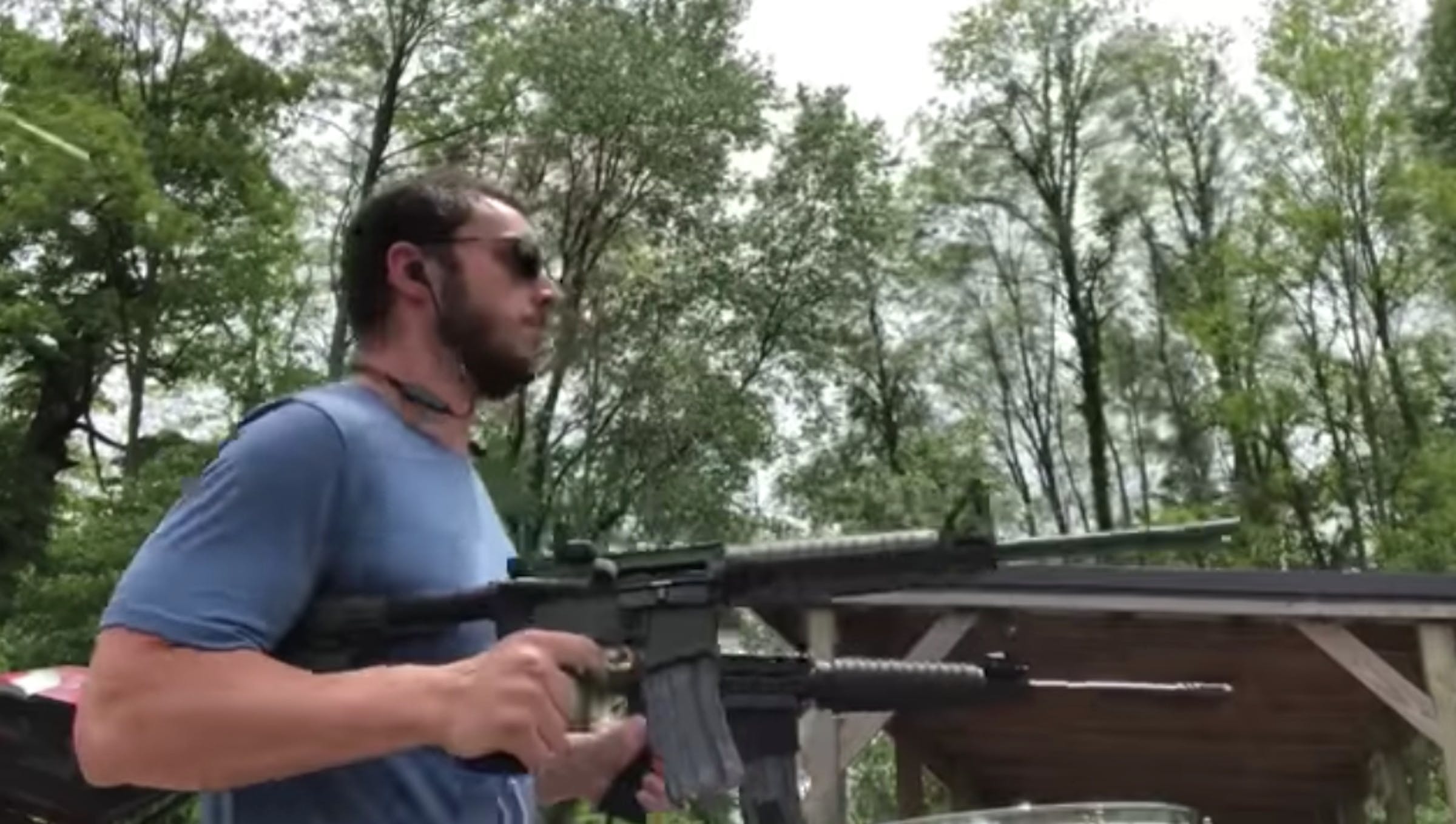 Heavy metal has always had a fascination with the tools of war. Something about explosive weapons that can level cities excites both our most primal sensibilities and our fear of the world's annihilation. In fact, it'd be safe to say that a lot of metal drumming sounds like it's trying to imitate the chugging thunder of guns, canons, and war machines. Now, a YouTube user who calls himself the Gun Drummer has decided to bridge that gap, posting a video of himself "drumming" along to Lamb Of God's Laid To Rest using a pair of AR-15s.

As you can see in the footage below, the Gun Drummer begins by playing the staccato snare that leads into the breakdown of Laid To Rest...and then quickly decides that the song would be better played using a pair of rifles, which he fires off in rhythm with the track. On the one hand, this feels a little weird, given that Ashes Of The Wake, the album Laid To Rest comes from, is super political and rallies against the kinds of conservatives who live and die by America's Second Amendment. On the other hand, well...it's pretty awesome watching a dude fire guns in rhythm to a Lamb Of God song.

You have to admit: that's kind of rad.

Lamb Of God frontman Randy Blythe was recently in the news for taking a spill at a New Jersey show, which he managed to do while looking at least somewhat graceful. Describing the incident, Randy said, "EXHIBIT A, PHOTO # 1: YEAH, RANDY, YEAH! FUCK YEAH! Just look at that kick! Damn dude- you’re looking GOOD! What grace! What poise! What POWER! That kick would take someone’s head clean off! Freddy Madball would be proud. WAIT! Uh-oh… the ego riser is slick. Something crappy is about to happen… EXHIBIT B, PHOTO # 2: NO, RANDY, NO! TOO MUCHPOWER IN >span class="caps">KICK ON A WET SURFACE! Shit! Left foot slides out from underneath you! This sucks! Mid-air, you realize: RANDY, YOU ARE NOTLOOKING SO GOOD, YOU GODDAMNED IDIOT. SHIT! FUCK! CURL INTO A BALL LIKE WHEN YOU SLAM SKATEBOARDING! HERE IT COMES! BLAM! &you slam into the ego box on your side- OUCH!"