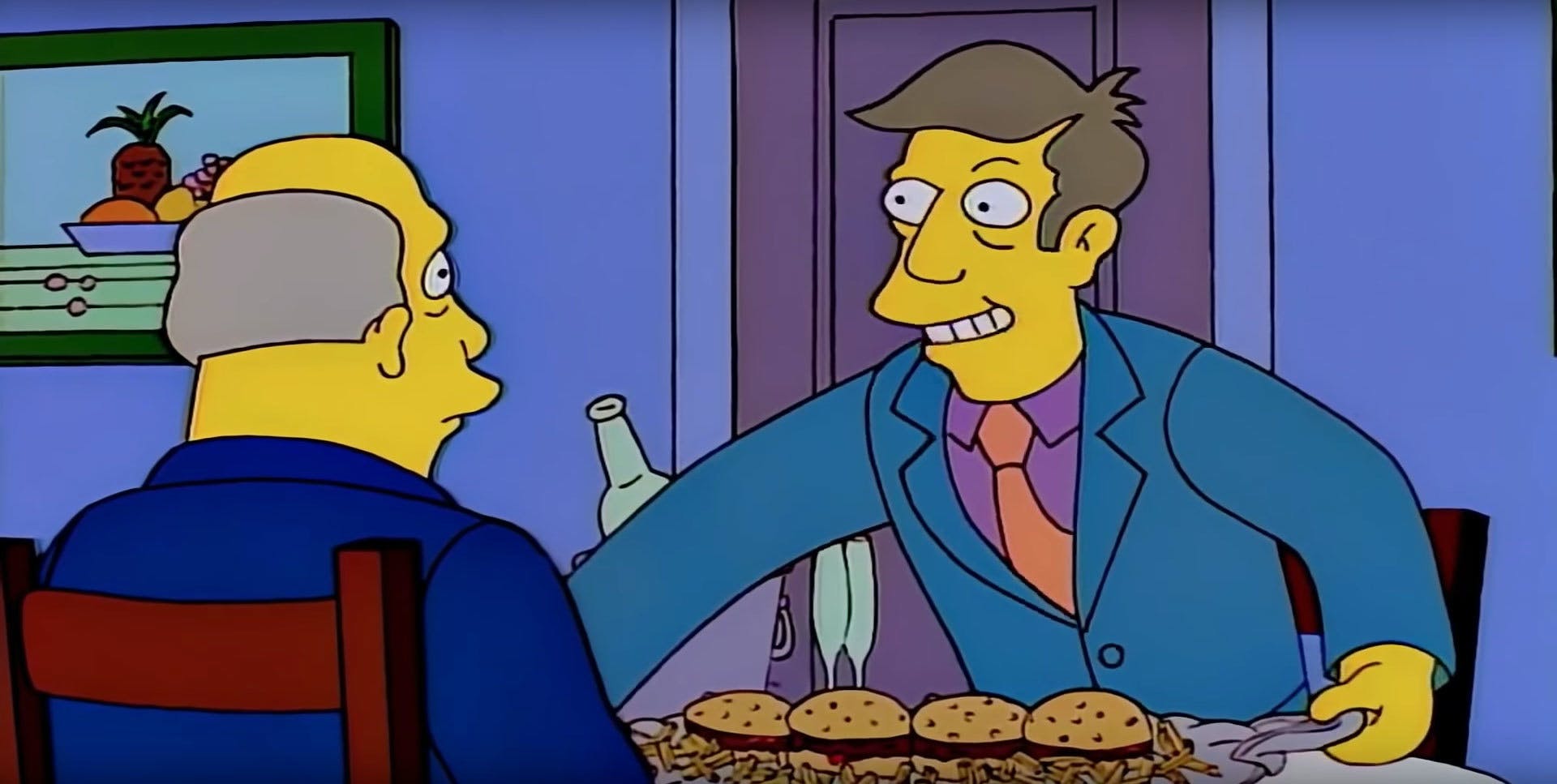 If you've been anywhere near the internet in the past 12 months, you'll know that The Simpsons' Steamed Hams scene has become king of the memes. Type 'Steamed Hams' into YouTube or Imgur and you'll be able to waste hours, marvelling at the different, creative and baffling ways fans of The Simpsons have reinterpreted one of its all-time greatest moments.

And now the punks are getting involved.

YouTuber Juliana Egg has posted this mashup of Basket Case and Steamed Hams, with the dialogue between Principal Skinner and Superintendent Chalmers synced to the music of Green Day's 1994 megahit.

"this is the most elaborate thing i've ever put together in premiere lol," she says on YouTube, crediting the music to fellow YouTuber piratecovejoe.

And it is mindbogglingly good. The video editing, the sound editing, it all works! It's not just a cheeky 30 second clip either, the entire song has been Simpsonised. Even if you're not a fan of the yellow Springfieldians, you'll still be impressed by this. Go on, watch it.