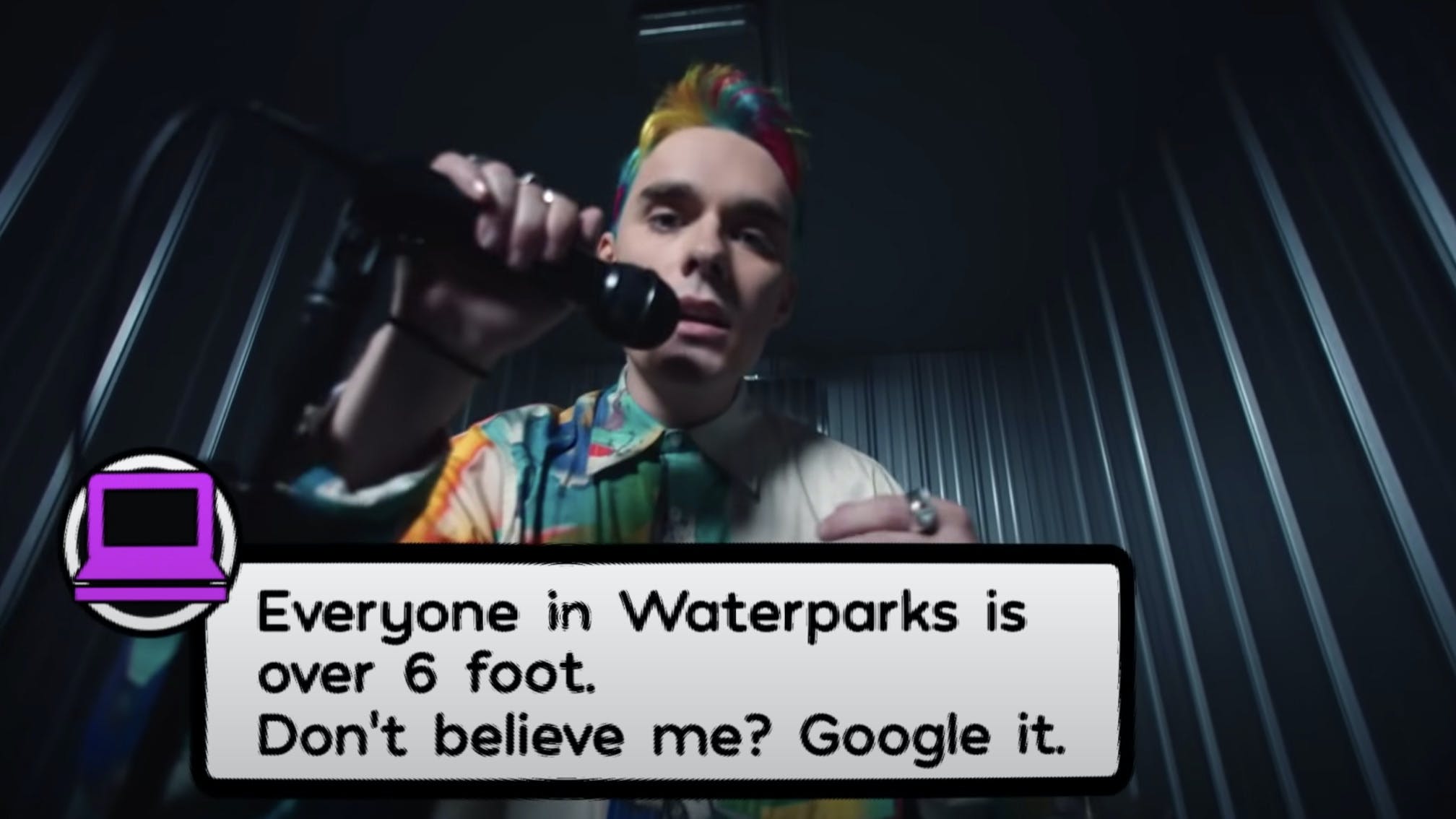 If you watched Waterparks' official Awsten Knight-directed video for recent single Lowkey As Hell and wondered, "What the hell does some of this mean?!" then you're in luck, because the band have unveiled some truths about the clip… and, very likely, plenty of lies too.

In a new 'pop-up' version of the video, Awsten has annotated Lowkey As Hell with a whole bunch of notes for the Waterparks fandom to enjoy. For example, early on as the trio kick off the single, it is helpfully confirmed that drummer Otto Wood "is not Weird Al". Later on, the sticksman was apparently making some "very good" noises while being beaten up.

Read this: Waterparks’ Awsten Knight: ​“Being able to cut all my fucking hair off and release a new song feels like a reset…”

Elsewhere, Awsten reveals that guitarist Geoff Wigington was sued for $17,000,000 after shoving a kid in the video – but he had that exact amount of cash in his bank account anyway, so it didn't really matter. The frontman, meanwhile, says that the inspiration for the end of Lowkey As Hell came from Spyro The Dragon, and it took "about seven takes" for his jump off the swing to work. Somehow, those final two points are some of the few that we actually believe…

Catch Waterparks live at the following dates next year: