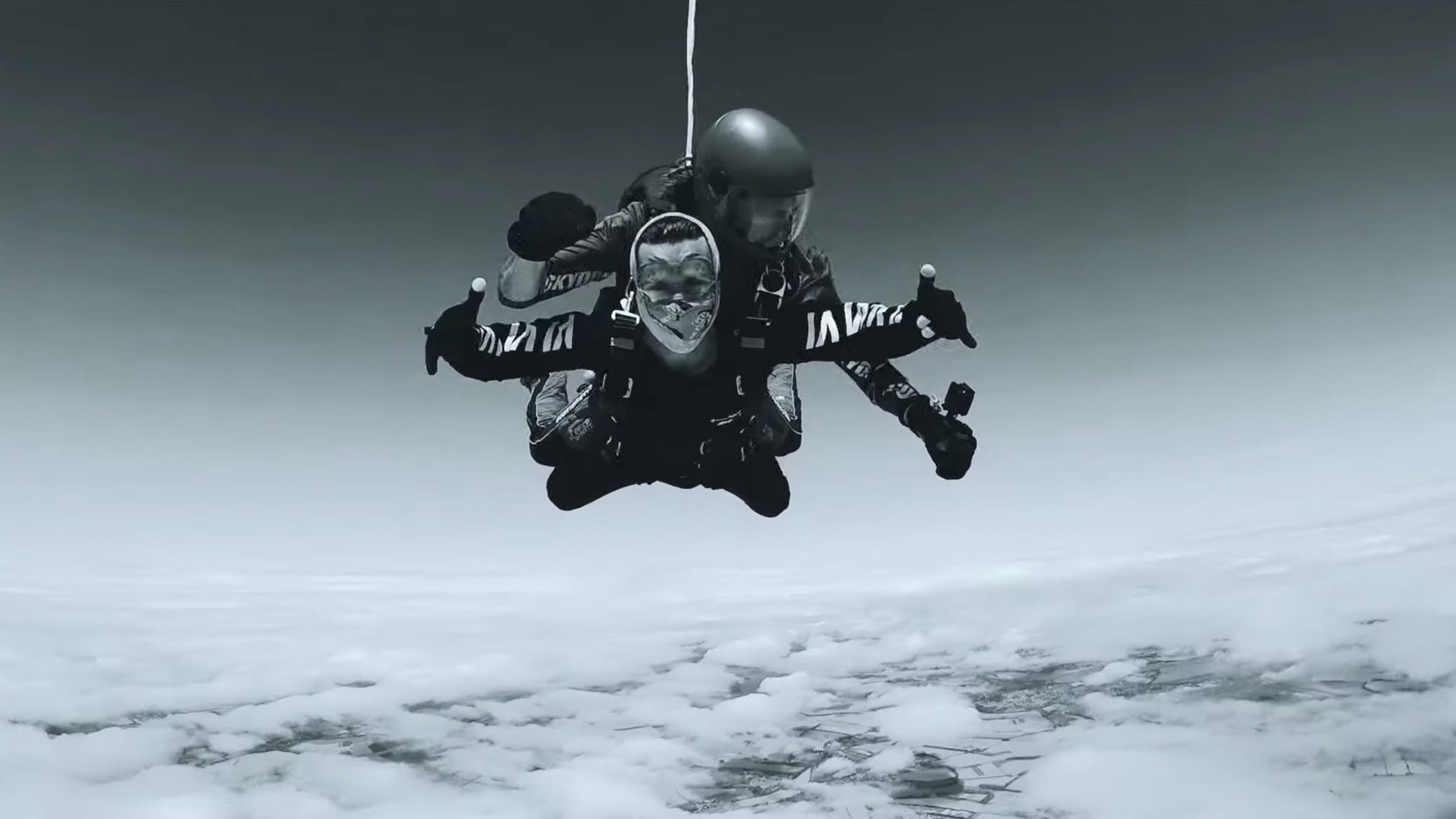 You Me At Six's Dan Flint has shown "what makes him feel alive" in the new lyric video for MAKEMEFEELALIVE.

Following the single's release last month, the Weybridge mob are keeping momentum going (and making us all feel a bit queasy) with their exhilarating new clip. And it's a good indication of what else is to come, too, as the band gear up for the release of album number seven.

Read this: Bring Me The Horizon's 8 best collaborations

Of MAKEMEFEELALIVE, frontman Josh Franceschi explains: “This song is about having control, it being taken away from you and then finally reclaiming it.”

So this video kinda sums that all up, then – just in an extremely drastic way…

Back in February, Josh revealed that You Me At Six’s new music shares a lot in common with their third album, 2011’s Sinners Never Sleep.

“This record is probably the heaviest we’ve been since Sinners – the stuff that’s been put together is the rockiest record we’ve had in a long, long time,” he said. “…When [the record’s] right, it will come out, basically. We’re still working towards that. But everything feels good in the camp!”

“There’s still that elusive thing that people in bands are in pursuit of, which is their masterpiece,” he continued. “You sometimes don’t know if you’ve made it or not until years down the line someone goes, ‘Yeah, that was great.’ Or not just one person but a whole massive society goes, ‘That was fucking amazing,’ and it’s lauded over for years and years. But I don’t feel like we’ve done that. None of us feel like we have. So I think we’re still in pursuit of trying to attain that.”

Stay tuned to Kerrang.com for more news when we have it. In the meantime, watch You Me At Six hit The K! Pit back in 2018 for one of their tiniest gigs in years:

You Me At Six are continuing to chip away at new music while touring is off – and they've just shared a fresh single, Read My Mind.

You Me At Six announce deluxe version of SUCKAPUNCH

New songs! An orchestra! Going on tour with Bring Me The Horizon! You Me At Six have been busy…