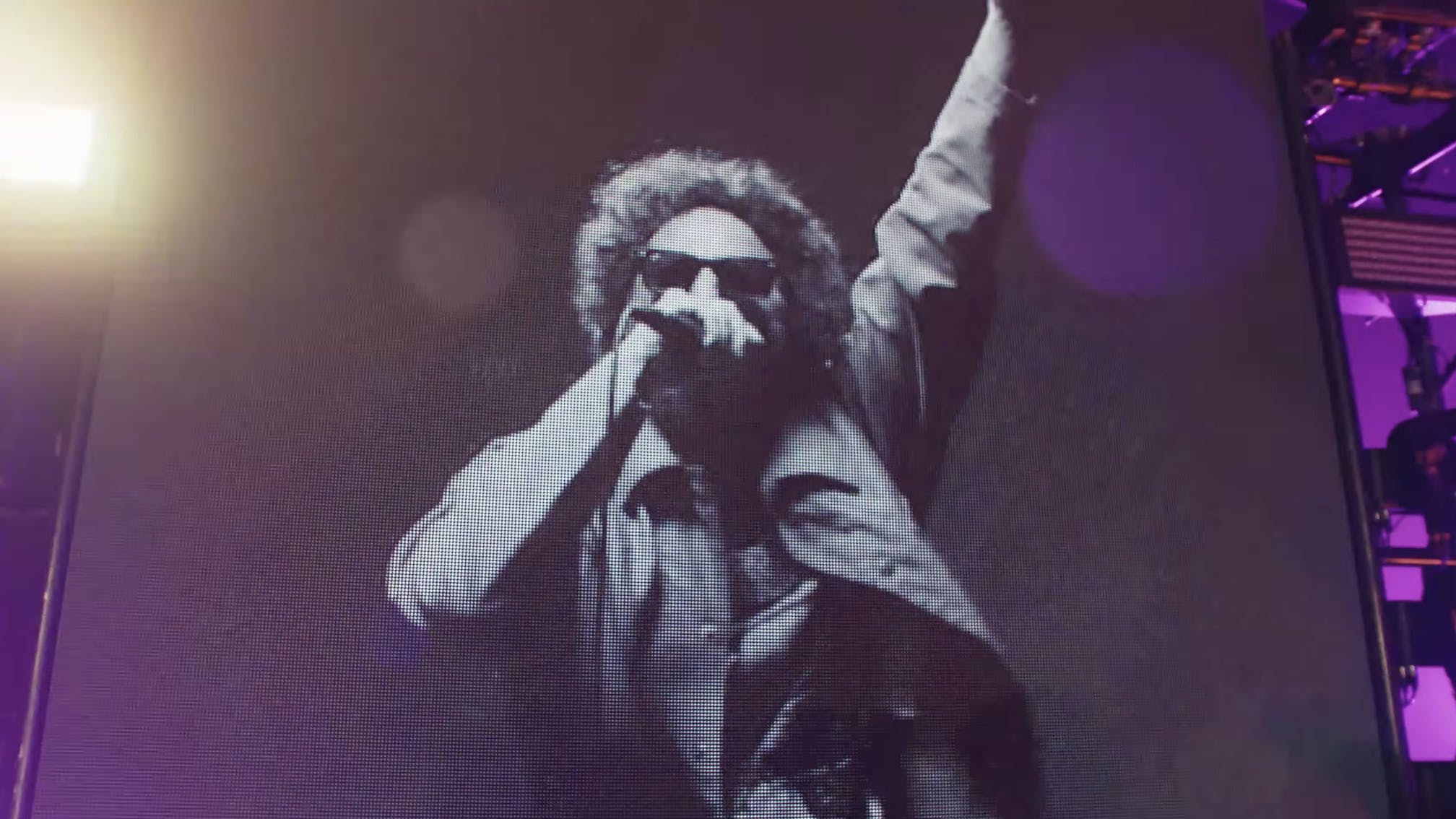 Several months after its release, Run The Jewels have finally been able to give their incredible fourth album RTJ4 its live debut courtesy of the Holy Calamavote Adult Swim special.

The hip-hop titans – Killer Mike and El-P – recruited the album's special guests for virtual appearances on huge video screens behind them, bolstering the slick production and already-killer tracks played throughout the set.

Rage Against The Machine’s Zack de la Rocha joined Run The Jewels and Pharrell Williams for JU$T, while Queens Of The Stone Age’s Josh Homme performed Pulling The Pin alongside the band and gospel singer/civil rights activist Mavis Staples.

Of course, as well as being a joy to watch, there was plenty to be taken from the set politically, too, with Holy Calamavote's main purpose to encourage voter registration.

“We believe that the last thing that they want you to do is get out of your house and march down in person, mask on, and cast your ballot for what you think this country is supposed to be,” El-P said at the end of the set. “We want you to go down there, and when you get there: Tell ’em Run the Jewels sent you.”

“Vote local,” added Killer Mike. “Vote down the ballot. Vote for your mayor, judges, prosecutors. For the people looking over your life. Vote the bastards out of office and keep the good folks in.”

Watch it in full below: