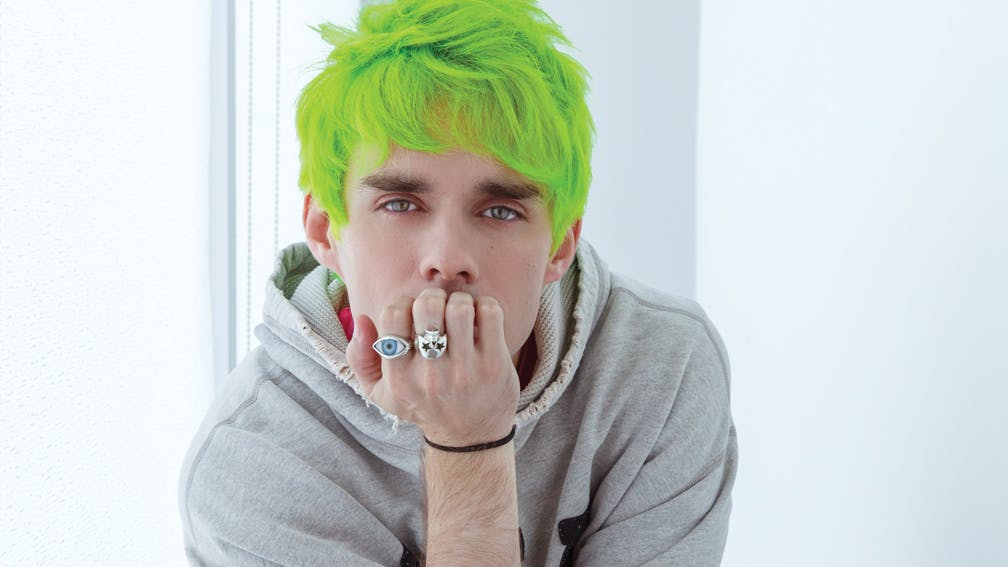 Following the release of Waterparks' brilliant 4K-rated Fandom album, frontman Awsten Knight has just confirmed that he's also got a book on the way.

You’d Be Paranoid Too (If Everyone Was Out To Get You): A Collection Of Personal Stories And Insights is due out on November 12, with two versions available at mddnstore.co: a regular version, and a Limited First Edition run (only 1,000 printed), featuring an all black-book as well as an Awsten Knight brand OXXXA analogue spirit conjuring machine.

As for what the book itself contains, You’d Be Paranoid Too (If Everyone Was Out To Get You) is something of an autobiography, with "personal tales of life and love in with a barrage of real unanswered questions".

A press release detailing the book expands: "Dealing with toxic people, learning to love yourself, and waging war on an evil monopolistic mega-corporation are merely a few of the topics you will delve into when you look inside this young visionary's mind beyond the thoughts that usually make up 280 characters."

Ace. Check out the cover below.

In the run-up to Fandom's release, we caught up with Awsten to learn a whole bunch about the record, as well as what the singer and guitarist has been dealing with from outsiders who believe his colourful personality to be something of an exaggerated character of himself.

“I’ve dealt with that a lot,” he sighed. “The first time I ever experienced it was on a podcast, and I couldn’t quite articulate why it made me so angry. They were like, ‘Everything that you do: is it a kind of act?’ And I was like, ‘What the fuck?’ I tweet jokes, and I like colour, is that that weird? There are constantly people that are like, ‘But what’s the real thing?’ It’s like being accused of being disingenuous about who you are. Having your authenticity questioned gets tiring. You feel like you have to constantly say, ‘I’m not a fake piece of shit.’ I’m just here.”

He also discussed the expectations of Waterparks' fans – a huge topic across the full-length.

“Honestly, fan expectation gets to me more than any industry stuff,” said Awsten. “One big indicator is when I do something that is very ‘me’ and always has been, and they’re like, ‘He’s fucking changed so much – he’s such a piece of shit.’ It’s because they’re disappointed, because they’ve made expectations around me that I didn’t set.”

Catch Waterparks live at the following UK dates next year – and pick up your tickets now from the Kerrang! Ticket Store:

Read this next: Awsten Knight: The 10 songs that changed my life