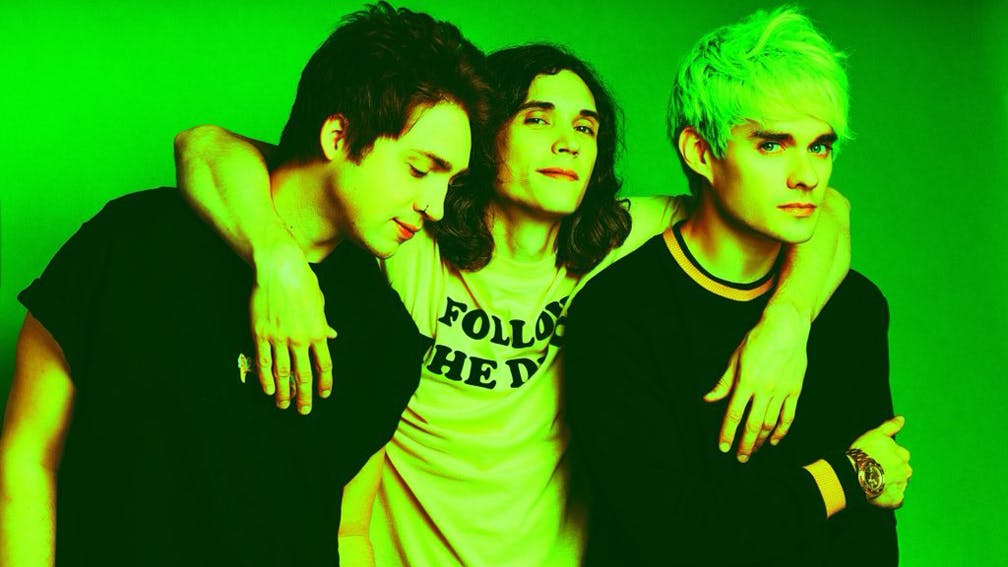 The Houston trio revealed the news in a tweet with a video of frontman Awsten Knight and the caption, "ALBUM 3 IS DONE," keeping the announcement short but sweet.

Awsten recently told Kerrang! that the record – the follow-up to last year's 4K-rated Entertainment – will be arriving at some point in 2019, so stay tuned.

In the same interview, the frontman spoke of the band signing to Hopeless Records, and how the label have allowed them to remain in complete creative control on album number three.

“Hopeless said, ‘Hey, can we come and hear stuff?’ And I was so apprehensive, because it’s a weird thing for someone to come in and hear something that’s unfinished,” he said. "I didn’t want anyone to say it wasn’t ready, because it’s like, ‘No shit!’ But people from Hopeless came in and were listening and going, ‘Holy fuck!’ I explained what I wanted to do and how I wanted this album to be: I want every song to be the best fucking song, and I want them to be able to all live in different worlds. Like if we’re referring to playlists or anything like that, I want every one of these songs to be able to just live on its own in a completely different fan base, you know what I mean? That’s the idea behind this. There’s one song that could have been considered a little bit pop-punk, and I was like, ‘Fuck this!’ So we just changed it up. We get on all the playlists that are like, ‘Pop-Punk Forever!’ and I’m just like, ‘Meh, I guess…’ I just want every song to be able to live comfortably with completely different sets of people. That’s a cool, conscious thing that I’m really excited about.”

He also revealed how inspiration for writing music can come from literally anywhere – even movies or TV shows.

“While we’re making albums I try not to listen to any other bands, just because it’s so easy to accidentally fall into somebody else’s lane, and I never, ever want to do that," Awsten explained. "It’s funny that you mention movies being influential because there’s at least three songs that come to mind right now that feel like a movie score (laughs). But it’s cool – it’s like taking a movie score and then putting a song into it. I don’t want to get too in-depth yet, but you can probably find most genres, or at least pieces of genres, in these songs.”