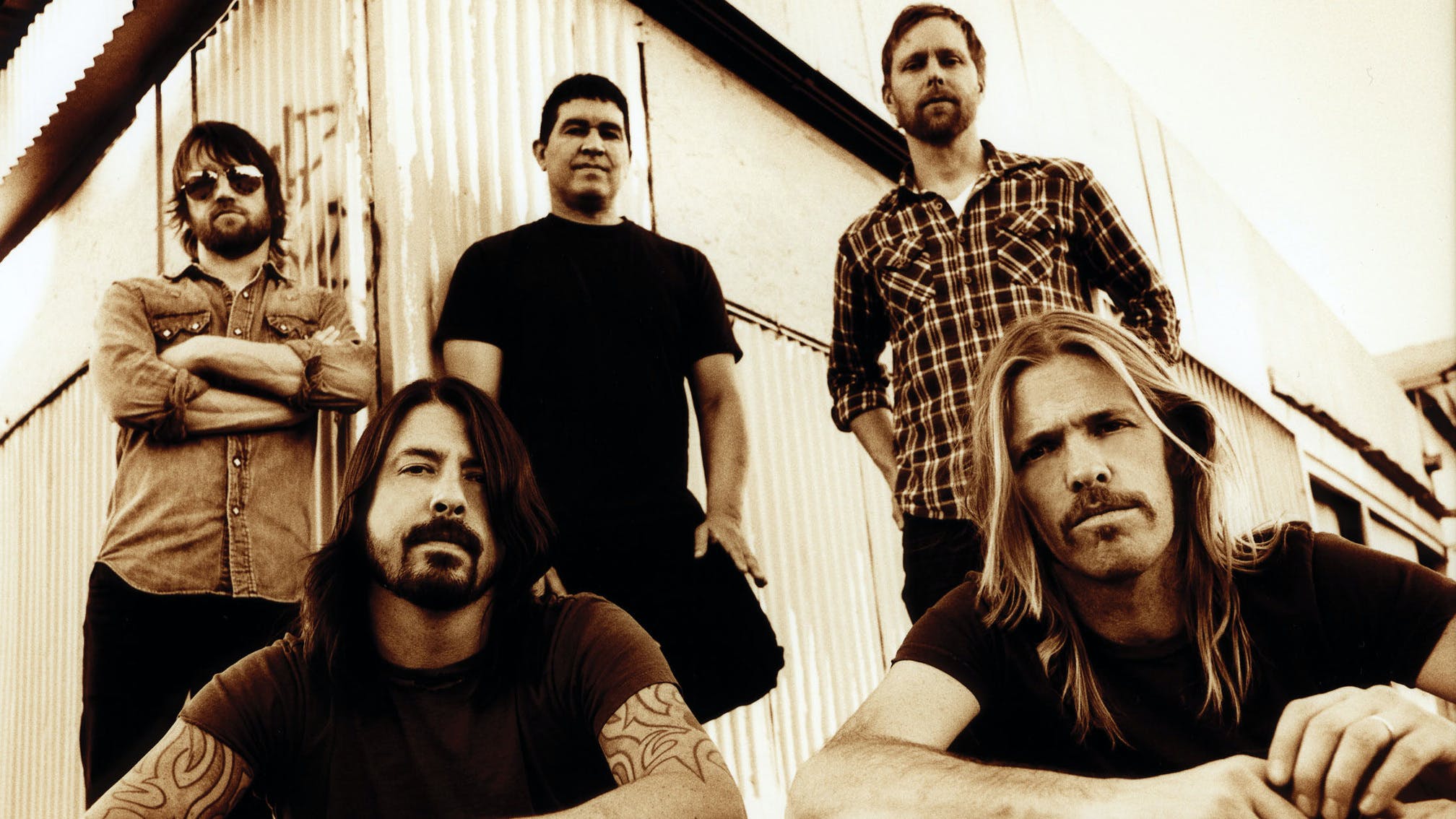 The comedown from doing Wembley Stadium, twice, at which Jimmy Page and John Paul Jones come out to play Led Zeppelin’s Ramble On with you, must be immense. Not just that, the road there – not the M40 – is a long and exhausting one. By 2008, Foo Fighters had become, self-evidently, one of the biggest bands of their generation. Quite reasonably, they also realised that such a pace cannot be sustained without the very real possibility that you might end up destroying everything you’d worked so hard to build.

“After all that touring we were burned out,” admitted Dave Grohl. “After those bigger shows like Wembley, it seemed like a good idea to get away from it so that a) we didn’t get too used to those stadiums, and b) we didn’t come home and break up.”

“We didn’t want to outstay our welcome,” concurred Taylor Hawkins. “It felt like people needed a break from us, too.”

Dave had a strategy for their next move, though. Or, at least, he thought he did. Having amassed a load of new songs, written during soundchecks on the road over the previous couple of years, he reasoned that, rather than letting them fall between the cracks, they should bang them onto tape while they were still in the zone.

“I had this idea that we should release an album, but not do anything for it: not go out on the road, not make a big deal about it, just record and release it,” he pondered. “I thought it’d be nice to silently put it out.”

Thus, the next bit of heavy lifting could already be done without too much pressure, while the temperature was allowed to cool and the band could decompress. He forgot one detail, however, inherent to his band’s DNA.

“But we wouldn’t be able to just sit around at home if we had an album out!” he suddenly remembered, face firmly in palm. “Ultimately we want to go out and play. So rather than jump back into that cycle, we stopped.”

Thus began a period of leg-stretching and allowing something approaching a normal life to blossom. Itchy as ever, though, it wasn’t long before Dave’s prophecy about not being able to sit around became self-fulfilling. Soon enough, Dave began jamming and touring with Josh Homme and John Paul Jones in Them Crooked Vultures, while Taylor released Red Light Fever, the second album by his Taylor Hawkins And The Coattail Riders project (an album on which Dave also performed, alongside Queen’s Brian May and Roger Taylor, putting paid to rumours of a Foos rift). Chris Shiflett, meanwhile, did a solo album of his own, under the banner of Chris Shiflett & The Dead Peasants.

While this went on, the material recorded during the post-touring sessions gathered dust. Two tracks, Word Forward and Wheels, were rerecorded with Nirvana producer Butch Vig, and released as part of their Greatest Hits collection in November 2009. A third, Rope, survived, but would go untouched until the band reconvened at the end of 2010 to work on their next album. Studio 606 again? Nope: Dave’s house.

Throughout most of 2011, Chez Grohl in California doubled as home to all things Foo Fighters. A mobile studio was moved in, with analogue tape rather than digital recording kit. Having being reminded of Nirvana’s Nevermind sessions while working with Butch the previous year, he was installed as producer, while guitarist (and Nirvana side-man) Pat Smear was also reinducted as a full-time member. And as if recording in a temporary studio in a setting in which the noise from the Grohl kids’ playroom could be heard through the walls wasn’t enough, they decided to film the whole thing as well.

“It all came together as one big idea,” revealed Dave. “Let’s work with Butch again, but let’s not use computers. Let’s only use tape. Let’s not do it at 606, let’s do it in my garage. And let’s make a movie that tells the story of the band as we make the album, so somehow it all makes sense in the grand scheme of things.”

Not only that, but the album featured another special guest from Dave’s past: Krist Novoselic.

Among all this activity, the homely vibes and lack of deadline led to a laid-back atmosphere. Taylor remarked, “I don’t want to set foot in a [normal] recording studio again.” On days when he’d arrive at Dave’s gaff only to discover he wouldn’t be needed, the drummer would hop on his mountain bike “and go off into the hills for a few hours”.

For Dave, meanwhile, working at home meant that, between bouts of struggling to get his kids to get in the bath, this record would have its own special ties. “I know whenever I listen to these songs 20 years from now, I’ll remember recording These Days with Violet [his then-four-year-old daughter] tapping me on the shoulder while I was doing my guitar track,” he laughed.

Whatever the reason, the resulting album, Wasting Light, is one of the best in Foos’ canon. On songs like White Limo and Bridge Burning, they uncorked festival-slapping rock that matched the band’s heaviest material. Arlandria and These Days are huge, melodic sing-alongs, and I Should Have Known is an emotional joy.

It was the first Foos album to land a U.S. Number One, a feat repeated in no fewer than 10 other countries, while it scored the band Best Rock Album, Best Hard Rock/Metal Performance, Best Rock Performance and Best Rock Song at the GRAMMYs.

It was more than that, though. It was about reconnecting and doing things on their own terms, their own way, for their own fun, to hold back the pressure of being one of the world’s biggest bands. For Dave, it was also about facing something that had been following him since 1994, and realising that acknowledging it and embracing it needn’t be something of which to be scared.

“Making this album with Butch in this way and having Krist come down and play on it is all for the sake of not being scared of that. Does that make sense?” he said. “Ultimately what we’re doing here isn’t meant to recreate what happened 20 years ago, it’s more of a reminder that we’re here for the same reason, and we’ve all survived and we still love making music.”