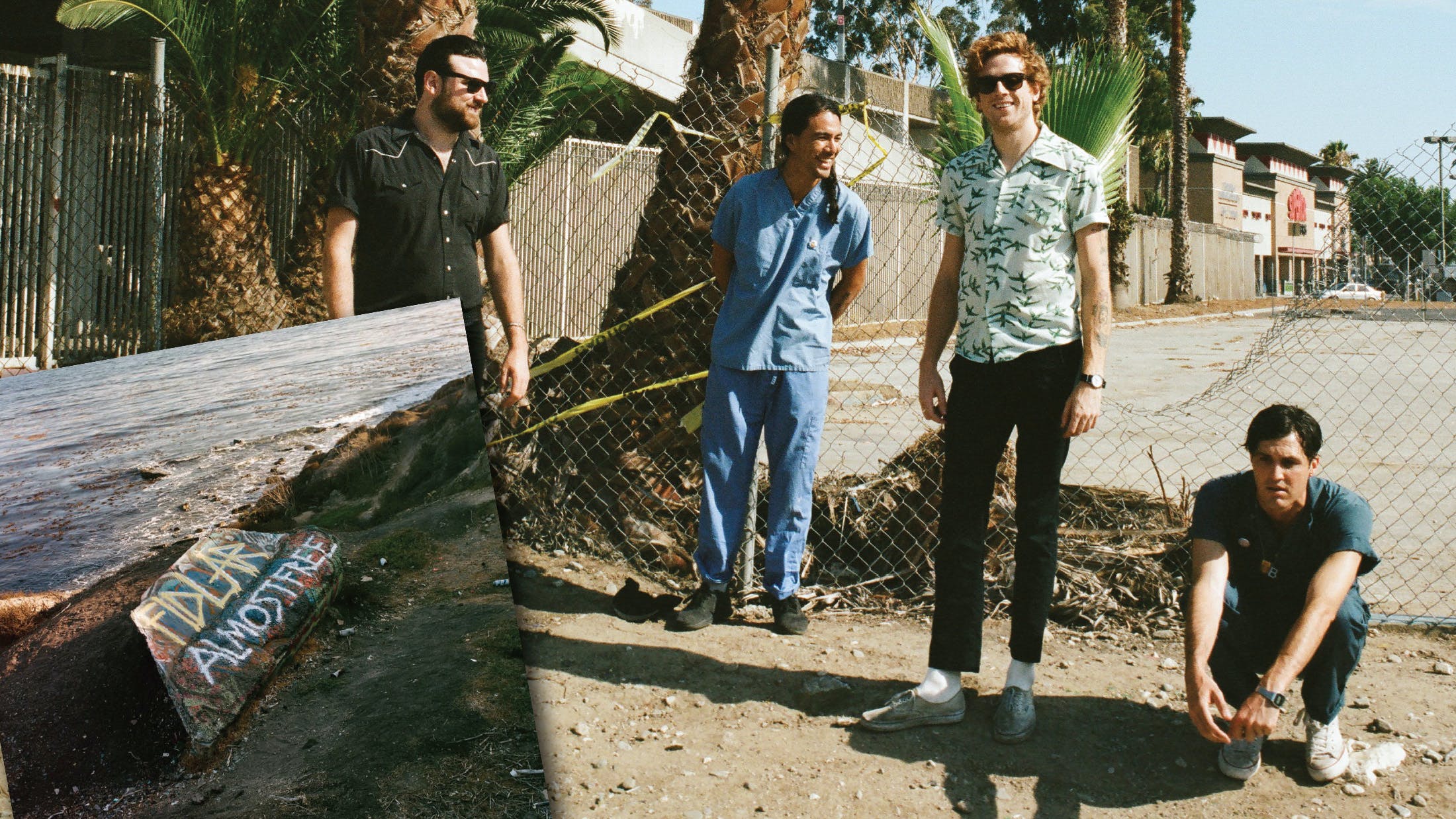 There was a time, some years ago now, when FIDLAR (just about) existed in a heightened state of grubby flux and chaos. When real life all got a little too real, the band came close to calling it quits on more than a few occasions. Vocalist and guitarist Zac Carper even overdosed three times in the earliest days, the endgame inevitability of childhood abuse and serious addictions brought on by the pain of losing his pregnant girlfriend to drugs in March 2013, shortly following the release of the band’s self-titled debut album. In the year that followed that devastating double tragedy, the Hawaiian expat decided to get clean once and for all, and although it’s an event and a period of time that can’t help but haunt him in the present day, gratitude for the lessons learned have informed the 32-year-old’s every decision since.

“I’m so grateful to still be around today,” he told Kerrang! at the beginning of January, marking the start of his fifth year of sobriety. “You either stop doing drugs like meth and heroin, or you die. That’s the bottom line as I know too well, and that realisation is what made me who I am today. I wish I’d never fucking touched them and learned how to deal with my issues in a healthy way. It’s mind-blowing that I’m still alive, given how many drugs I’ve done and my ODs.”

He said all of this just a few weeks shy of his band releasing Almost Free, the Los Angeles-based quartet’s kaleidoscopic third album. No-one saw it coming. A decade on from first forming, Zac, guitarist Elvis Kuehn alongside his drummer and brother Max, and bassist Brandon Schwartzel, pulled this year’s biggest curveball surprise, setting a new creative watermark for themselves in the process. Displaying the kind of wild abandon that you might imagine nursery-aged kids let loose in a music box would, making a gloriously innocent and cacophonous noise with anything and everything at their disposal, it sounds as free as its title suggests. Crucially, only ‘almost’, because of the darkness and anger underpinning the apparently airy surface. But adopting a stoic, ‘If you don’t laugh, you’ll cry’ maxim, FIDLAR injected a healthy dose of gallows humour and a lightness of touch that endears rather than depresses. It invited listeners into the gloom with a knowing nod and a wink. The times, they may be tough, but what doesn’t kill you…

‘I started from the bottom and I’m still at the bottom,’ Zac side-eyes on the Drake-baiting, self-deprecating brilliance of By Myself, ‘Then I spent the night in jail, turns out it wasn’t the bottom’.

This comes after the stomping introductory clamour of a bunch of dogs barking, wailing sirens and the bold, boisterous hip-hop-like swagger of Get Off My Rock. Instantly, FIDLAR meant business, and across the course of a diverse, baker’s dozen collection of tracks, there are bursts of saxophone, trumpet parps, funky organs and guitars at the front and centre, all loud and scuzzy. There’s even a bongo solo at one point. It all makes sense in context.

Nothing, it seems, was off-limits in the creation of the band’s most daring release to date. It made for a seemingly strange record as a whole, and a stylistically challenging affair that required an open mind and receptive ear. But it also boasted the kind of natural flow and easy vibes that a lot of bands aim for, yet FIDLAR never once made their experimentation feel like an exercise in contrivance. It’s a set of songs that embrace the party punk that brought its creators to the attention of the world in the first place, yet it finds fresh ways to tell their tales. In doing so, it makes some astute observations about the state of humankind in 2019, capturing something of the universal within subjects that are often LA-centric and incredibly personal. The sum total is an album that’s politically fuelled and caustic in tone, yet carefree-sounding all at once – an impressively maverick accomplishment.

According to Elvis, they had no real choice in the matter. FIDLAR were getting serious and tackling life’s biggest issues head-on, because no-one else in the game seemingly has the guts. Or at least that’s how they saw things.

It’s a fair question, especially when his band have stuck their necks out and risked the possibility of ridicule. It’s one that each artist’s individual conscience will have to grapple with and justify in their own ways. Everybody has their own battles to fight, after all. And everyone is at different stages in their respective journeys. Almost Free is where FIDLAR are at on their particular path, and it finds the LA quartet on a most captivating precipice. They’ve come a long way from being the scrappy punk bros who lived life in a blur of party after party, night after night. Now, they’re a band seemingly trying a little harder, caring a little more, doing their best to be the best versions of themselves that they can be, while standing up to be counted in a world too-often fearful.

“This album is a good representation of who we are as musicians and as people, at this place in time,” Elvis summarised of what they were aiming for from the outset. “A lot can change in life. Max was 17 and I was 18 when we started the band – Brandon had to buy us alcohol back then because he was the only one of us who was old enough to get served. Now we’ve toured and seen what’s happening in the world. This record is a reflection of a lot of the shit that we’ve seen.”

Fashionably late though they may be, with Almost Free FIDLAR have finally arrived as a serious force in the alternative world. If this newfound sense of freedom to explore and raise their voice is any indication, then the after-party is not to be missed.

Who knew that growing up and embracing maturity could be so fun?