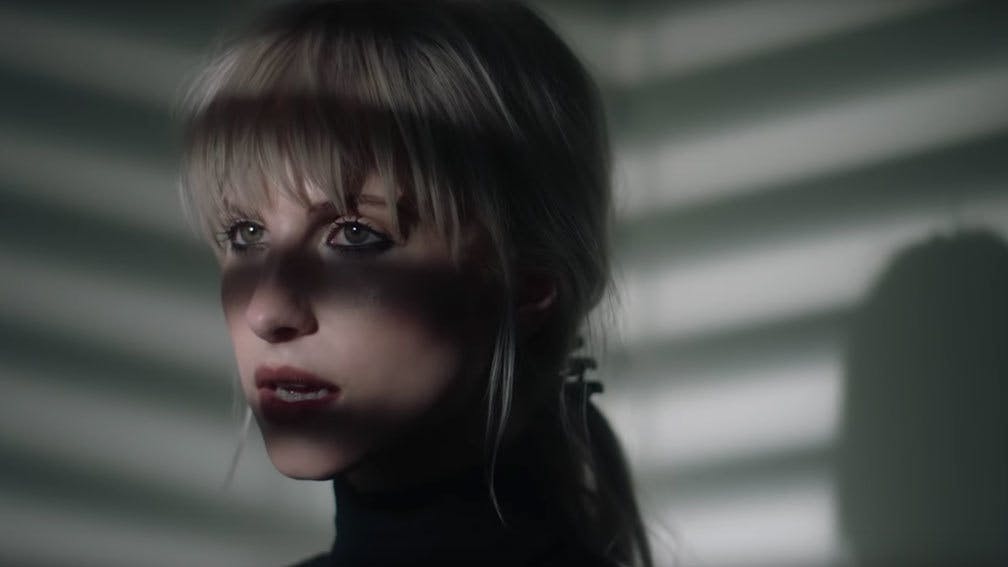 Yesterday, Paramore vocalist Hayley Williams released the first taste of her upcoming solo album Petals For Armor with Simmer. But where did the album name come from? Well, it was inspired by visions of flowers and Hayley's philosophy of staying vulnerable.

“It’s part of a lyric in Simmer,” said Hayley, speaking to BBC Radio 1's Annie Mac. “A while ago, I went to this cranial-sacral masseuse. Maybe a lot of people might consider that a kind of woo-woo witch doctor, but I’ll take any help I can get. I was laying on her table and I started having these weirdly creepy visions of flowers growing out of me – and not in a beautiful way, it was very painful and very grotesque but I kind of realised in that moment there was a lot that was trying so hard to grow out of me and it was going to hurt to do it.”

She continued: “For me, it’s somewhat of a mantra to try and stay soft in a really, really hard world and feel pain, and let all of it come to you and try and put out something that can redeem it all – even if it’s ugly at first.

"As long as I’m staying soft to those things – and I’m open to letting those things in and out of me – then I actually can survive the world a lot easier than if I stay hard and with my fists up all the time.”

Hayley had been teasing Petals For Armor for days, sharing an ASMR-style video of heavy breathing and a flowing dreamscape of dark trees and murky woods.

“I’m so ready and so incredibly humbled to get to share this project,” said Hayley in a statement. “Making it was a scary, empowering experience. Some of my proudest moments as a lyricist happened while writing Petals for Armor. And I was able to get my hands a little dirtier than usual when it came to instrumentation.”

Petals For Armor is due for release on May 8.

Why now is the perfect time for Paramore’s return

The wheels are in motion and Paramore are likely looking at a 2022 comeback. And they couldn’t have picked a better time to make their triumphant return…

Hayley Williams teases Paramore's 2022 return: We can't be 'on a break' forever

Are Paramore going to release the follow-up to 2017's After Laughter next year?