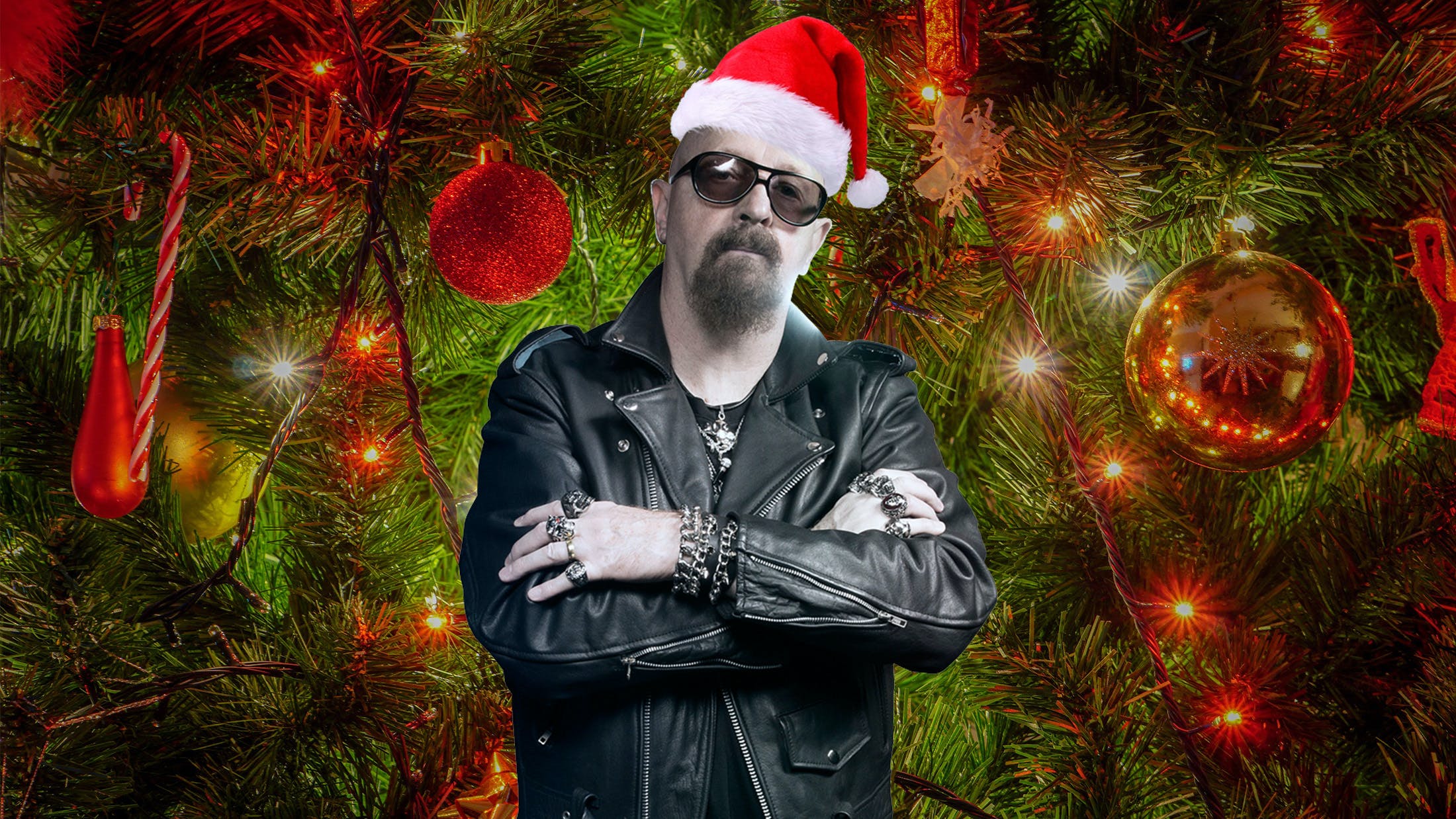 Christmas might be a few weeks away but it's time to get hell bent for Santa as Judas Priest screamer and all-round legend Rob Halford prepares to unleash his brand-new album Celestial.

Released under the banner of Rob Halford With Family & Friends, the album contains a fistful of original tracks alongside metallic covers of eight Yuletide standards.

This isn't the first time Rob has released an album of Christmas-themed songs, with Halford III: Winter Songs following a similar festive format a decade ago. We caught up with the Metal God himself to ask about his fascination with Christmas music and why he felt compelled to write a heavy metal song about flying reindeer...

So, Rob, why did you decide to record another Christmas-themed album?
“Because I love that time of year and the music we associate with it. For all of us growing up as kids and celebrating Christmas, there’s always been music in the background – whether it’s at home or with your mates down the pub. That was my immediate inspiration but I had fun doing the Winter Songs album ten years prior, so that’s stuck with me as well. The label was enthusiastic about me having another crack at it, and it just means a lot to me personally.”

You also did a Christmas song with Fight, didn’t you?
“Oh, I did yeah, thanks for remembering! It was called Christmas Ride and that really was like a toe in the water. We basically made it to thank our friends on the radio who were supporting the band at the time, but it crept out there and it’s on the internet. It definitely has some significance in this big long story I’ve concocted of merry metal Christmas music.”

The project is billed as Halford With Family & Friends and that’s literally the case isn’t it?
"Yeah, I’m with my brother Nigel on drums and my nephew Alex on bass, my sister does the jingle bells on some of the tracks, so that’s another important part of the whole Celestial thing for me. It was lovely to see them in the studio and work together for the first time on something like this. It was a dream come true for me.”

Who are the guitarists Robert Jones and Jon Blakey?
“Blakey is also in our Nigel’s band, Voodoo Sioux. They’re a local Midlands rock band and they’ve been together for 28 years, it’s unbelievable. He’s got a great sound and technique with a really cool vibe around all his musical endeavours. Robert Jones is a full-time music teacher; he’s more the metal guitarist with all the hammering and the more metal sounds. Blakey’s more the classic bluesy rock sound, but they’re both great guitar players.”

It sounds like you had a lot of fun with the arrangements, from a really heavy version of Deck The Halls to a sprawling prog-metal Good King Wenceslas…
“Oh yeah, the arrangements are so important. You see that Away In A Manger is on there but it’s not going to be the Away In A Manger that you know. It’s completely different; a turned around and upside down arrangement of that great song. It’s like all the other tracks so there’s the punky, thrashy version of Deck The Halls and on and on. It’s important when you do something like this that you make it interesting like that.”

There are some originals on there as well, starting with the first single Donner And Blitzen. Why did you decide to write a metal song about flying reindeer?
“The lyrics and the story came last. The guys banged out the music first but the story’s great because that’s what we think about at Christmas, no matter how old you are – a heavy metal Santa blasting around the planet and doing his job at the speed of metal! It’s important to have a strong start. Celestial itself is like a sound effect track that sets up the atmosphere, then my brother comes roaring in with the opening of Donner And Blitzen. It’s important to convey that strength because, you know, I’m on it (laughs). They call me the Metal God so it’s got to have some welly! We keep that vibe going with God Rest Ye Merry Gentlemen, then it takes a bit of a breather with Away In A Manger. It’s got those dynamics running through the album and that’s important. All through my career I’ve made albums that work as whole pieces of work, rather than individual tracks as a playlist.”

Closing track Protected By The Light is all about family and positivity. Do you think metal has a tendency to dwell on the negative side of things?
“I don’t think so, I think metal’s brilliant in all its shapes and forms. I love how it’s grown from its early roots in Birmingham to this big display we have now. It’s like a big metal selection box! I’m a big fan of Amon Amarth, Emperor, Immortal, Dimmu Borgir… I love all that kind of stuff and I don’t think any of it’s negative. They’re just talking about what they believe in and having a blast doing it.”

Talking of belief, is there a religious or spiritual side of this music for you?
“Yeah, there is for me personally. Some of those messages are in the songs but then some of the songs are hundreds of years old. And I do agree with a lot of those messages. It’s me singing and belting out some of those sides to myself that are very important.”

Finally, how do you usually spend Christmas and can we picture you belting out some of these songs on the day?
“I’m the last-minute Christmas shopper. I leave it all ‘til the last three days and then there’s that mad excitement and energy of getting everything done. I like to get the tree up, I just go mad for the whole Christmas thing. I love it and especially as I’ve gotten older, I seem to be going through a second childhood. I thrive on it. It’s a magical time of the year and metalheads love it as much as anyone else.”