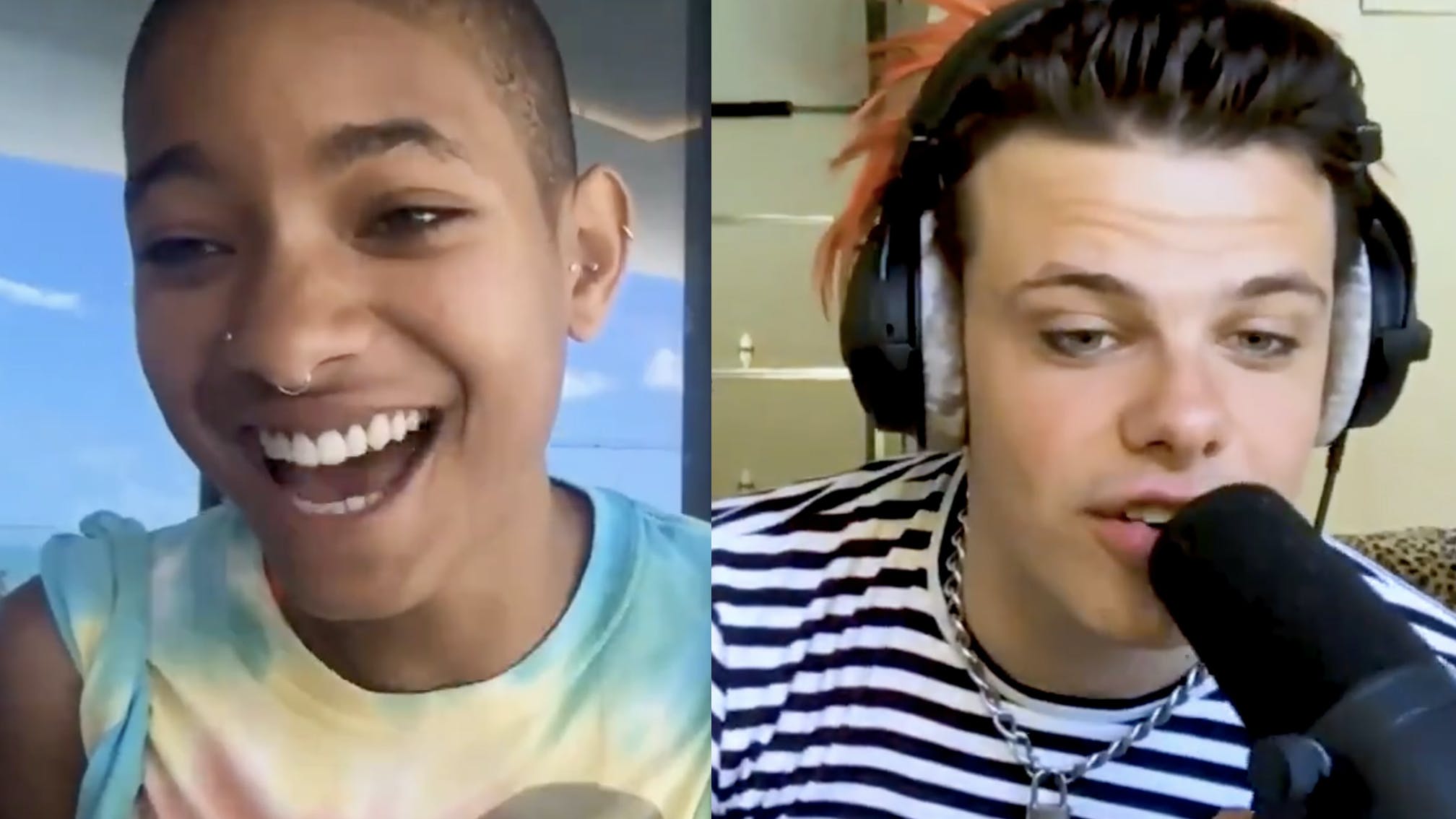 Fresh from the release of ace new album lately I feel EVERYTHING, WILLOW has guested on Radio 1’s The YUNGBLUD Podcast to chat about mental health and overcoming fear.

The musician tells YUNGBLUD in the latest episode of his show that coming back into music brought back some negative memories of her experiences in the industry when she was younger, and that she's since had to "re-train" her mind in order to get into a state where her mental health could "grow in a really awesome way".

"For so long I had a lot of fear," WILLOW begins. "I felt extremely unsafe in my music career in the past and that feeling of insecurity or unsafety, like I didn’t feel protected, which went really deep.

"I kinda had to come back from the music industry and now I’m kinda going back in. It’s interesting because all of those memories and emotions have just been resurfacing. I was doing The Jimmy Fallon performance and I had a flashback of being like 10 or nine and having an anxiety attack on set and basically feeling like everyone around me was like, 'You’re just a brat, why aren’t you grateful?’ They didn’t see it as an anxiety attack – they saw it as a tantrum – and now I look back and know it was an anxiety attack."

Read this: WILLOW’s pop-punk revolution: “I’m in love with the weirdos and the people who don’t conform to conventional societal norms”

WILLOW continues of how she's counteracting those types of experiences in 2021: "When I’m in these situations now and I have these flashbacks, I need to take the time, I need to go into a little meditation, I need to separate myself from the situation for a little bit. And tell myself that, ‘You’re not nine, you’re a grown-ass woman.’ I have to re-train my mind. My mental health is in a very fragile state, but I think it’s in a state where it’s about to grow in a really awesome way."

She adds powerfully: "Remind yourself that you are a beautiful human being that just needs to take a moment. Don’t like crash down on yourself so hard."

Check out the conversation below (which also features a mention of a potential future collab between the two at the end!), and listen to BBC Radio 1’s The YUNGBLUD Podcast on BBC Sounds here.