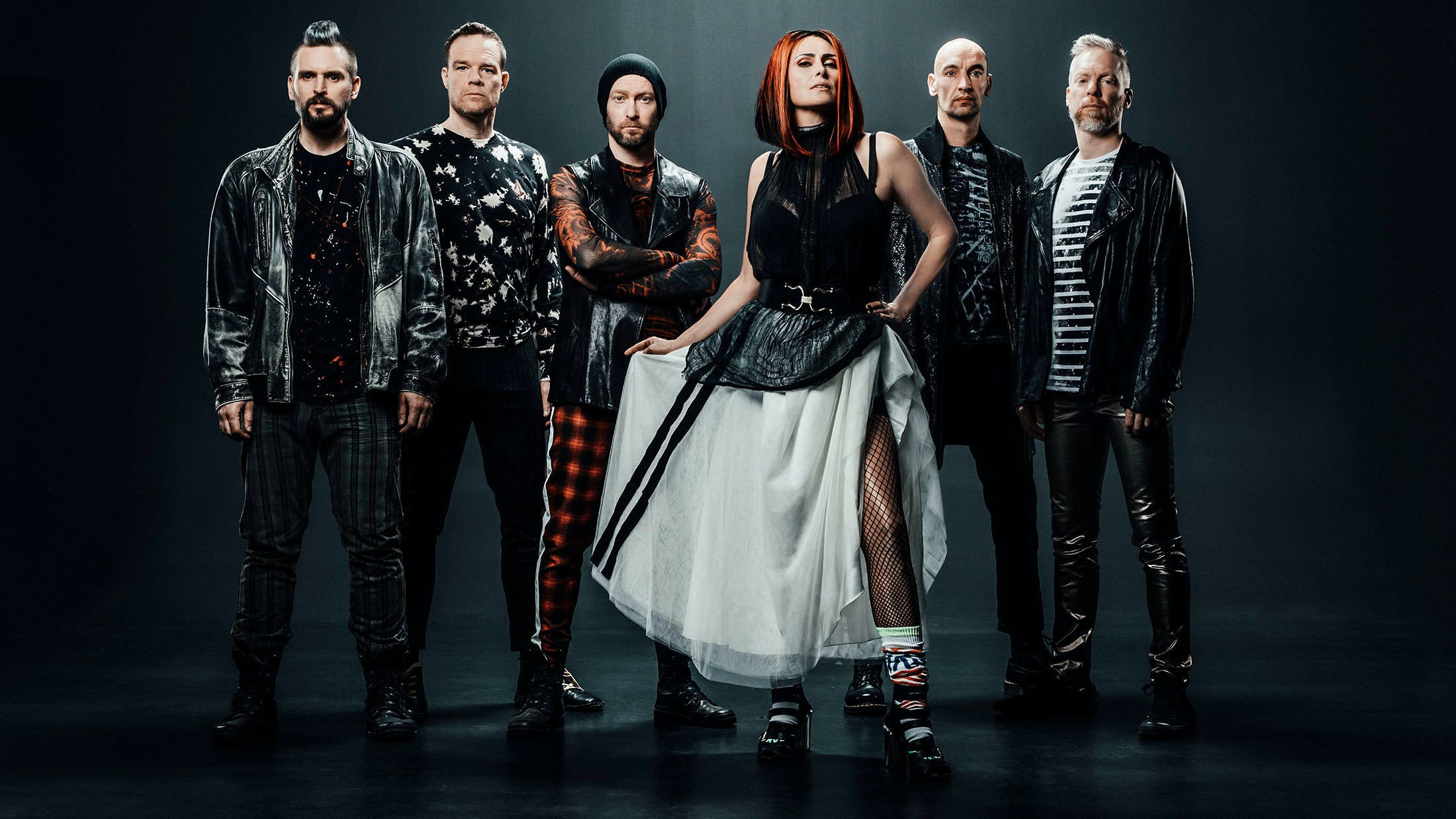 Dutch symphonic metal heavyweights Within Temptation have are premiering their new video for Entertain You exclusively with Kerrang!. The track is a standalone single, and the band's first new music since last year's Resist full-length.

Speaking to Kerrang! about the new song, vocalist Sharon Den Adel says the song is about the lack of respect shown by toward and by sections of society.

"The best way to explain the lyrics is to see how we treat a certain groups of people that don’t fit in our society," begins Sharon. "[There is] a need to emphasise that they do not fit in so we can feel good about ourselves. We’re singling them out, cornering them in all sorts of ways - think of videos of fights in the streets, filming an incident instead of helping someone. They’re not here for our entertainment. It’s a problem that has always been a part of society and it will always be there, unfortunately. So this subject is never old, but it’s something we need to keep talking about so it doesn’t get accepted as normal behaviour."

You can read the rest of our chat with Sharon about the song and future Within Temptation plans below.

You’ve said that the song is about society treating people differently, is this something you’ve felt personally?
"I think everyone has been in such a situation at least once in their lives. It’s always a situation that most of us can identify with, but imagine having to deal with that all the time."

Do you consider yourself an outsider?
"Yes - I still find it hard to adapt to a group a lot of the times. As a kid I felt like an outsider and I think that feeling will never completely go away."

For years rock fans have been seen as strange creatures by the mainstream, do you think this ties into the song’s message?
"Well I think there’s a big part of the group that fits the profile, for sure. But it’s also about people who express themselves differently with the way they dress, live, maybe a different religion or not having one, different race, gay or bi-sexual or transgender. When you're public figure I think it’s more accepted because you’re an artist, but if you live a more regular life there’s less tolerance for deviation from the norm."

This is the first of three standalone singles, why are you going down the non-album route?
"It’s something we’ve wanted to try for a long time already: to be able to share new music in a quicker way, instead of having wait two or three more years before an album comes out. Something sometimes feels better in the moment rather than having to wait a few years until the album comes out."

Do you think albums have lost their impact in a streaming world?
"I think albums and streaming services are two different things; they serve a different purpose. One is more physical of course - you can read the lyrics and look at the artwork – and the other one is more direct, an easier way to access music. It doesn’t have to stand in the way of each other, as it services a different purpose in my opinion."

What can we expect from the next Within Temptation song?
"That’s something still to be decided, which one will be the next one… So I can’t tell you that!"