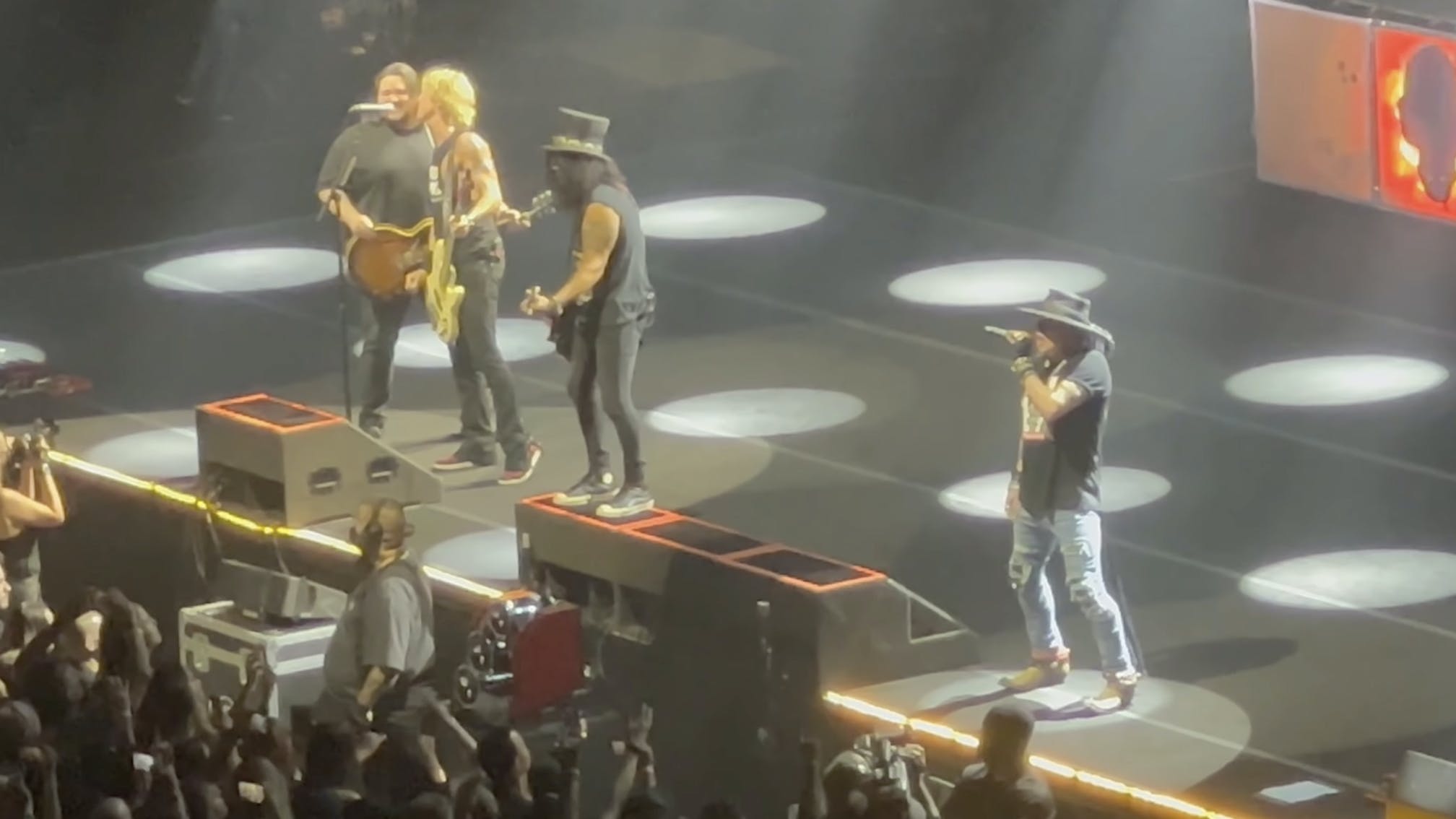 Guns N' Roses' current U.S. run has already been an eventful one – from band members teasing new song Hard Skool to a guest appearance from Dave Grohl – and the band kept that theme going as they brought their tour to a close by inviting Wolfgang Van Halen out onstage in Florida.

Wolfgang – who was supporting the tour with his band Mammoth WVH – joined GN'R onstage to tear through their classic single Paradise City, with frontman Axl Rose giving him an awesome introduction: "Let’s bring out our friend Wolfy," he said. "Wolfgang Van Halen, do you know how cool it is to say that? That's fucking cool. We’re talking legacy."

Read this: Wolfgang Van Halen: "Playing music has been written in the stars for me since I was a little kid"

After the set at the Hard Rock Live Arena, Wolfgang shared several photos of his performance, including a rather mind-blown caption of: "Yeah. This actually happened." Amazing!