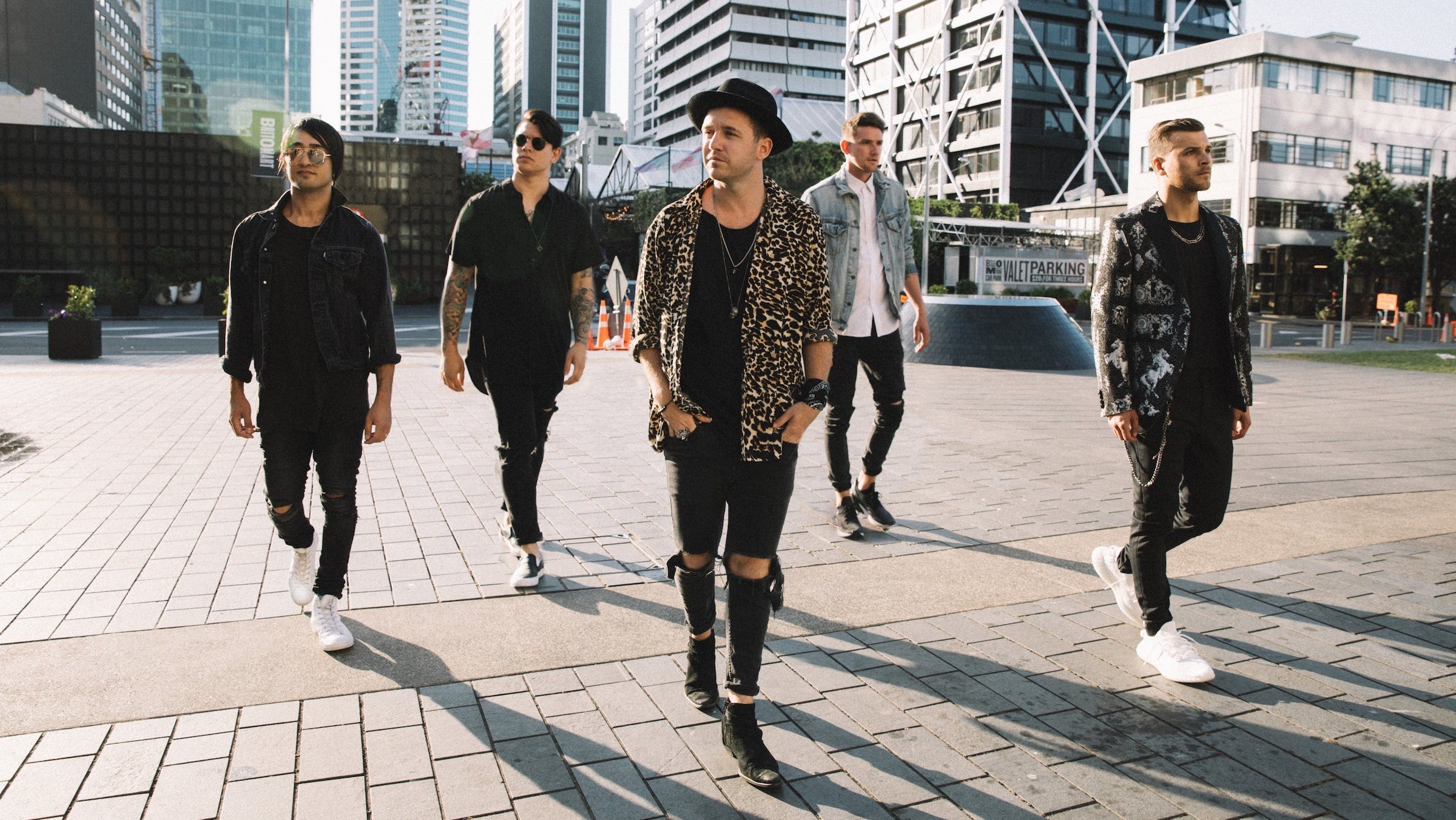 In the best way possible, Written By Wolves sound like they're at war with themselves. The Auckland, New Zealand, quintet play catchy, bombastic hard rock that'll pique listeners' interest from the start and never let go. At the same time, the band don't sound like they're trying to serve you something sweet and easy to swallow -- there's a fight to their tone, a hard tug at the chains of their own emotion with every riff and wail that echoes the struggle most of us feel every day. That combination adds excitement to their music, and will endear fans of acts like Enter Shikari and Three Days Grace to their specific flavor.

The band's new video, As Long As It Takes, feels like an effort to recapture feelings that can't quite be pinned down. The band's performance footage flickers between images plucked out of a half-remembered dream -- crashing waves, shadowy rooms, sunset and moonrise. All through it, vocalist Michael Murphy -- the chart-topping singer known for being a runner-up on the 2004 season of New Zealand Idol -- follows a female figure whose smile might be more malevolent than he'd like. The whole thing culminates in the kind of key change that reminds listeners why they came to this style of music in the first place.

According to Michael, "As Long As It Takes is a love song. It is about meeting someone that you have an intense attraction and connection to and realizing that you will do anything and wait as long as it takes to be with that person. The lyrics are intended to represent the feelings, emotions and euphoria that come with a new relationship."

Watch our exclusive premiere of Written By Wolves's As Long As It Takes video below:

Written By Wolves's new album Secrets comes out Friday, November 8. The album is available for preorder on iTunes, Apple Music, and can be pre-saved on Spotify.