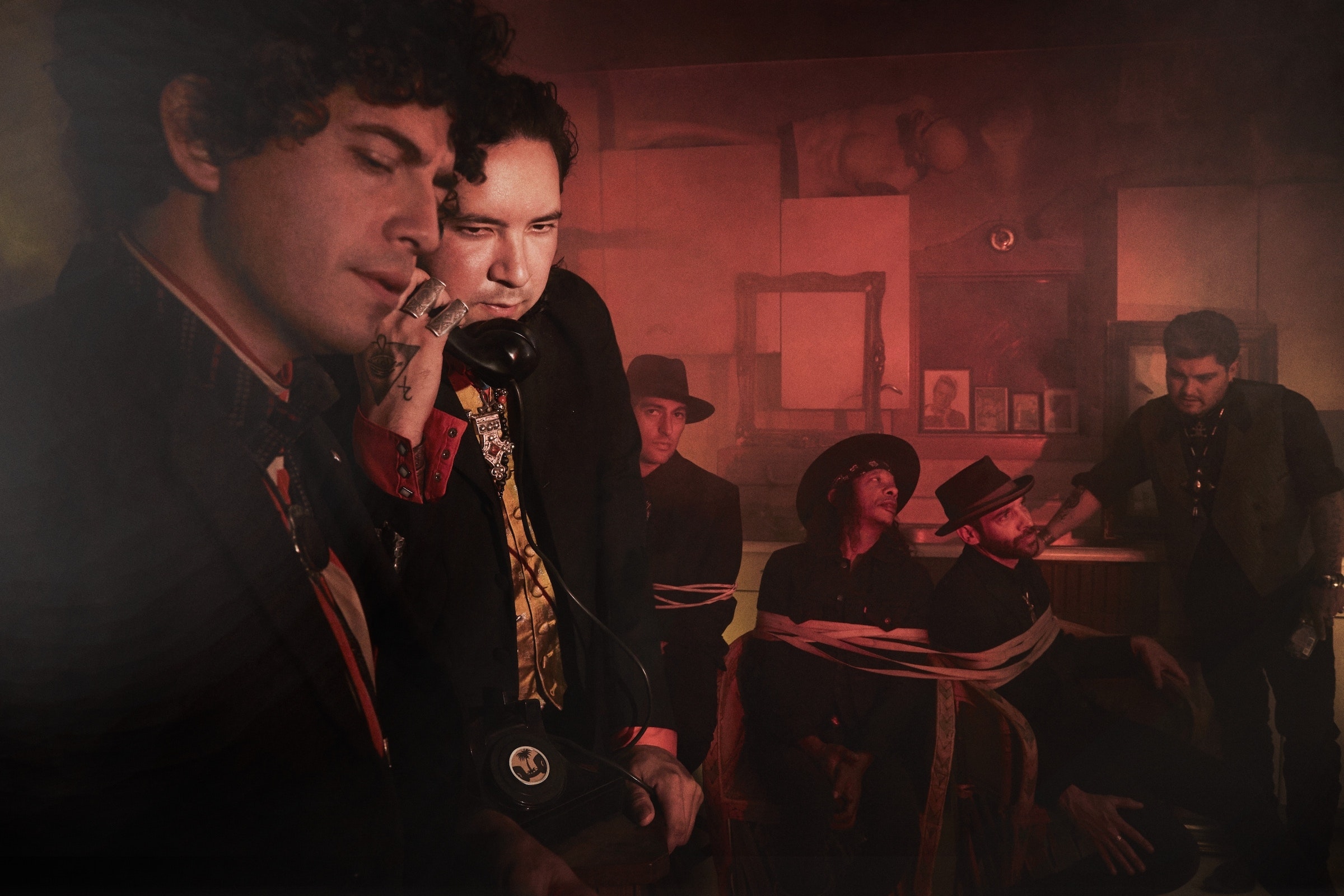 Tucson, Arizona is one of the last cities on Earth where one can still feel the essence of the wild west. It’s hot and dry for much of the year, a lot of the architecture is made of earth-toned adobe, and alien-looking prickly pear and saguaro cactus manage to sprout up even in the most urban areas. It’s also only 45 minutes away from the Mexican border by car, so while it’s a very American city, the cultural influence of Central and South America runs deep.

So it only makes sense that XIXA, the six-piece, black-clad reigning heroes in the local Tucson rock scene, sound like a soundtrack to a spaghetti western film -- if that film was about a dustry, goth nightclub in the middle of the Sonoran desert. Their unique style combination of desolate Americana, gritty guitars, and cumbia comes together perfectly on their new four-track EP, The Code, and fans of Leonard Cohen, Jaye Jayle, and Murder by Death will probably love the hell out of it.

The Code comes out this Friday, February 15th, but premiering it right here:

“The Code was crafted through many, many hours of experimentation and deliberation at our very own Dust & Stone Recording Studio, in Tucson, AZ. The idea had emerged to create a sonic language that echoed the past, referenced the present, but occupied real estate, exclusively, in the future of the Southwest -- a language we could call our own. We assessed the sonic journey which we had taken and put stock in the mile marker at which we now stood...somewhere deep, deep in the shadows of the Sonoran Desert. Where nocturnal creatures howl at the moonlight, and plants have thorns which don't blow in the breeze. Here information was gathered. Frequencies were noted. Rhythms were detected. Eventually, we began to decode the data which screamed loudest. A sonic language finally emerged from the darkness. The Code represents our first impressions of that new language."

5 movies and TV shows to ease you into December

From deep dives into metal culture to deep space exploration, there's a lot to watch this week…