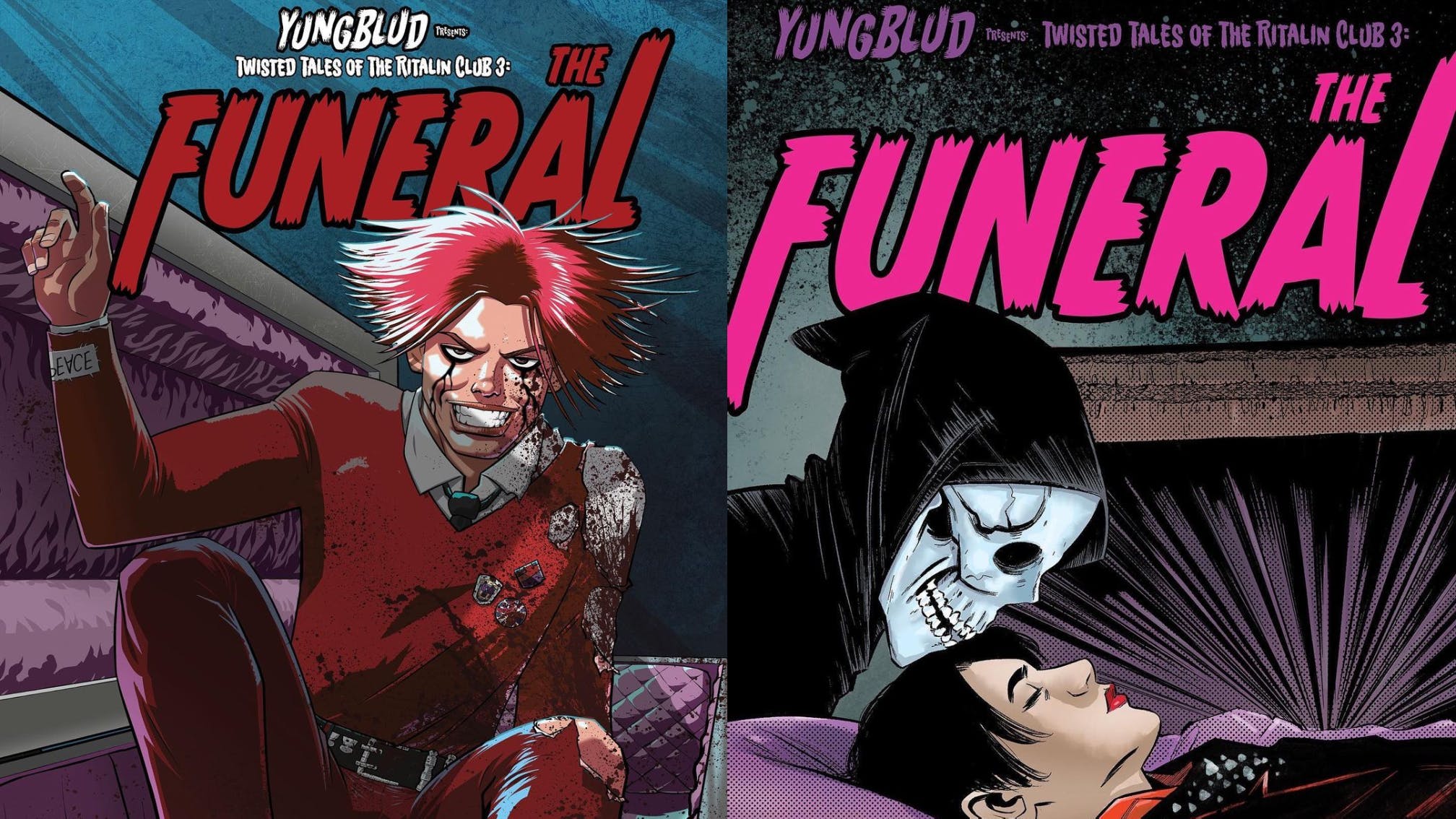 Dominic Harrison – aka YUNGBLUD – is back with an action-packed subversive story to share. The multi-instrumentalist’s latest creative project, Twisted Tales Of The Ritalin Club, follows the misfit adventures of YUNGBLUD and his super-powered coterie.

The singer’s new project, YUNGBLUD Presents Twisted Tales Of The Ritalin Club 3: The Funeral, is co-written by Ryan O’Sullivan and features interior art courtesy Annapaola Martello and Vasilis Lolos, with covers from Annapaola and Butch Mapa. It's all in collaboration with Z2 Comics, who have partnered with standout artists Gorillaz, Poppy, The Doors and more.

It creatively delves into his artistic side and stands as an immersive cross-media experience alongside his recent single, The Funeral, which was released in March.

Speaking on the graphic novel, YUNGBLUD explains how the Twisted Tales pull from his own personal experiences. “These powerful graphic novels serve as a mirror to my own journey as an artist through a medium I absolutely adore.

“The previous volumes chronicled my battles with authority, identity and self-expression. The Funeral, like its musical counterpart, grapples with the idea of self-acceptance, belonging, and finding peace with your own insecurities.”

“YUNGBLUD continues to be one of the most singular, confrontational voices in the pop culture landscape,” Z2 Comics Publisher Joshua Frankel continues. “As soon as we launched Twisted Tales, I knew that his story couldn’t be contained in one volume. This is a glorious middle finger of genre fiction. We’ll continue to publish them as long as there’s a story to tell.”

YUNGBLUD Presents Twisted Tales Of The Ritalin Club 3: The Funeral is expected to arrive on October 31 and fans can pre-order here.

Check out his graphic novel announcement below: