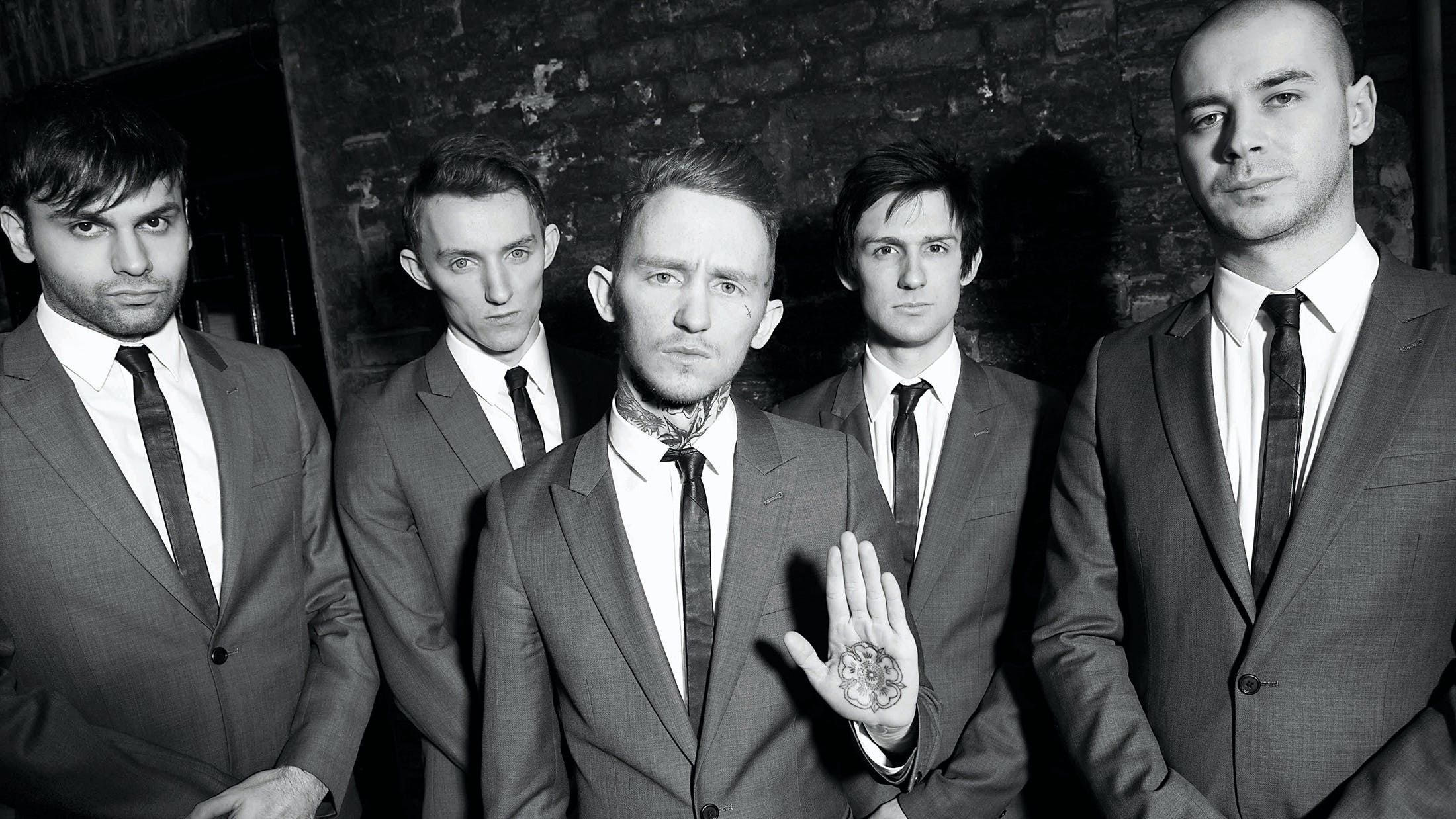 2009 had such a rosy future, but instead fell into the trap of its predecessors and repeated the same old routine of death, suffering and general misery.

There were, however, moments of hope in the darkness. Barack Obama was sworn in as the 44th President of the United States of America, making him the country’s first African-American leader. Parks and Recreation debuted on TV screens, Harry Potter and the Half-Blood Prince was released in cinemas and… that’s just about it, to be honest.

But music-wise, there was much to crow about, as these landmark albums celebrated their 10th birthday over the past 12 months. At the risk of sounding old, where has the time gone?

“We sound like we should,” said Dave Grohl said of his band Them Crooked Vultures. While ‘supergroup’ has been bandied around to the point where the term has lost all meaning, only a disputatious tool would argue against over this committee’s top flight credentials; onstage, to Grohl’s left is one-time Queens Of The Stone Age bandmate Josh Homme and to his right, Led Zeppelin’s John Paul Jones on bass and everything. Grohl wasn’t being facetious, the band sounded exactly they should; a glorious swirl of heavy blues riffs, Homme’s louche vocals and thunderous rhythms. Just wait for that break at 2:44 during No One Loves Me And Neither Do I and try not break your arms while air drumming. Some might say it’s impossible, while others will express their gratitude for dictation apps.

Currently the latest studio album from the Neue Deutsche Härte six-piece, Liebe ist für alle da – translated as love is for everyone – fell foul of German censorship laws after the Bundesprüfstelle für jugendgefährdende Medien (office for the examination of media harmful to young people) declared that the track Ich tu dir weh (I Want To Hurt You) and an image of Richard Kruspe spanking a naked woman was ‘a bit much’ and was only allowed to be sold to adults, forcing it under the counter like some sort of specialist magazine. Rammstein appealed the decision and it was overturned at a Cologne court, allowing everyone to enjoy the tracks Pussy and Wiener Blut, a track about the infamous Josef Fritzl. Later the same year, the band released a special edition of the album, housed in a miniature flight case, which contained handcuffs, lubricant and six dildos. Just in time for Christmas.

Hot on the heels of a much-publicised million-pound deal for Warner Brothers, the 13 tracks found on Gallows' Grey Britain were not softened for this Watford punk quintet’s new pay masters. Quite the opposite. “Britain is fucked,” frontman Frank Carter told Kerrang!. “Grey Britain is all about what's going on socially, politically and economically in the UK and how it affects us.” Moving away from the brusque hardcore that informed their debut Orchestra Of Wolves, their 2009 album was equal parts piss and vinegar, frustration and anger, and featured guest appearances by Biffy Clyro’s Simon Neil and a sample of a pig being slaughtered. This, the second and last album to feature Carter (who left due to creative differences and subsequently formed Pure Love) was named Kerrang!’s best album of 2009. And 10 years on, the subject matter is depressingly prescient.

This Atlanta quartet’s fourth studio album is a masterpiece, a seven-song, 50-minute concept album which deals with complex themes of astral projection, Rasputin and wormholes. The title track – which features Neurosis’ Scott Kelly – is also a tribute to Mastodon drummer Brann Dailor’s sister, Skye who died by suicide aged just 14. “There's no better way to pay tribute to a lost loved one than having an opportunity to be in a group with my friends and we make art together,” he told MTV. This pioneering release, which leaned more heavily on their prog influences than previous albums, was placed at Number Four in our albums of the year and remains one of Mastodon's finest moments to date.

The follow-up to the emotionally-raw major label debut Puzzle saw Biffy Clyro return to the studio with producer Garth ‘GGGarth’ Richardson for their fifth studio release. Named after Mark Z. Danielewski's 2006 novel, Only Revolutions spawned six singles, including the anthemic Mountains, The Captain, Many Of Horror and Bubbles, which features a guitar solo from Queens Of The Stone Age’s Josh Homme. “He came to the studio and listened to the song,” Simon Neil told Kerrang! in New York during the mixing sessions, “and two minutes later, he was playing the best guitar solo you've ever heard.” The album was nominated for the Mercury Prize (losing out to The xx’s xx) and was placed third in the Kerrang! Albums Of The Year.

Produced by Rob Cavallo (Green Day) at his Lightning Sound Studios in Hidden Hills, California, it’s a wonder that Paramore even managed to record their follow-up to 2007’s Riot!. A year before recording Brand New Eyes, the band went through a period of turbulence and worked through personal issues, which informed much of the release. “They have arguably delivered the most accomplished and affecting record of their career,” said K!’s Dan Slessor in his 4K review, which featured the singles Ignorance, Brick By Boring Brick and the ballad The Only Exception. The band were awarded Best Album at the following year’s Kerrang! Awards. You’re probably wondering where this album was placed in our end-of-year round up, aren’t you? Eight. In 2010, however, cracks began to show once again and guitarist Josh Farro and his brother Zac left the band. “Hayley claimed that this record reunited us as band and made us grow closer together, when in reality we were all growing further apart,” he wrote in a statement. Ouch.

Hollow Crown saw Architects expand upon the sheer fury of their first two full-length releases, a body of work which placed them at the head of the UK pack. The late, great Tom Searle and Tim Hillier-Brook’s crunching, technical riffs are delivered in the style of The Dillinger Escape Plan, Converge and Kiss It Goodbye, while frontman Sam Carter adds more 'clean' vocals to his range, particularly on the meditative closing title track. We were moved to award Hollow Crown the full 5Ks, describing it as a “carefully layered and brilliantly crafted” record and, one decade on, it remains a thrilling listen.

A decade into their recording career, Muse still managed to confound fans’ expectations with The Resistance. After scrapping early recordings with Rick Rubin at the production desk, the band chose to produce the album themselves. Featuring the glam stomp-meets-Doctor Who single Uprising and Queen-on-steroids United States Of Eurasia, Muse’s fifth studio album had a distinct pop and classical flavour, particularly on the closing Exogenesis, a three-part symphony. Their bold experimentation was recognised at the 2011 Grammy Awards, where they emerged as winners in the Best Hard Rock album category.

The Virginian metallers’ Roadrunner debut – Lamb Of God's fifth overall and follow-up to 2006’s Sacrament – further cemented their position as the frontrunners of the New Wave Of American Heavy Metal, or NWOAHM if you like acronyms. Produced by Josh Wilbur (Gojira, Trivium), Wrath is a juggernaut of an album: Mark Morton and Willie Adler’s punishing riffs, Chris Adler’s pummelling drums, with Randy Blythe’s guttural vocals layered over like bubbling, angry tar. Highlight Set To Fail was nominated for Best Metal Performance at the GRAMMYs, but ultimately lost out to Judas Priest’s live version of Dissident Aggressor.

All Time Low, Nothing Personal (Hopeless)

As the follow-up to 2007’s So Wrong, It's Right, Maryland’s All Time Low brought in the big guns to help realise their vision for their third full-length. Aided and abetted by the likes of producers Matt Squire, Butch Walker, David Bendeth, S*A*M and Sluggo, Nothing Personal hits the sweet spot between pop and rock, found largely in the singles Weightless, Damned If I Do Ya (Damned If I Don’t) and Lost In Stereo. The band look set to mark the album’s 10th anniversary by playing “big chunks” of the release at this year’s Slam Dunk festivals. “That was such a pivotal record for us,” says frontman Alex Gaskarth. “I think that’ll be something we’ll put a bit of emphasis on at the shows.”