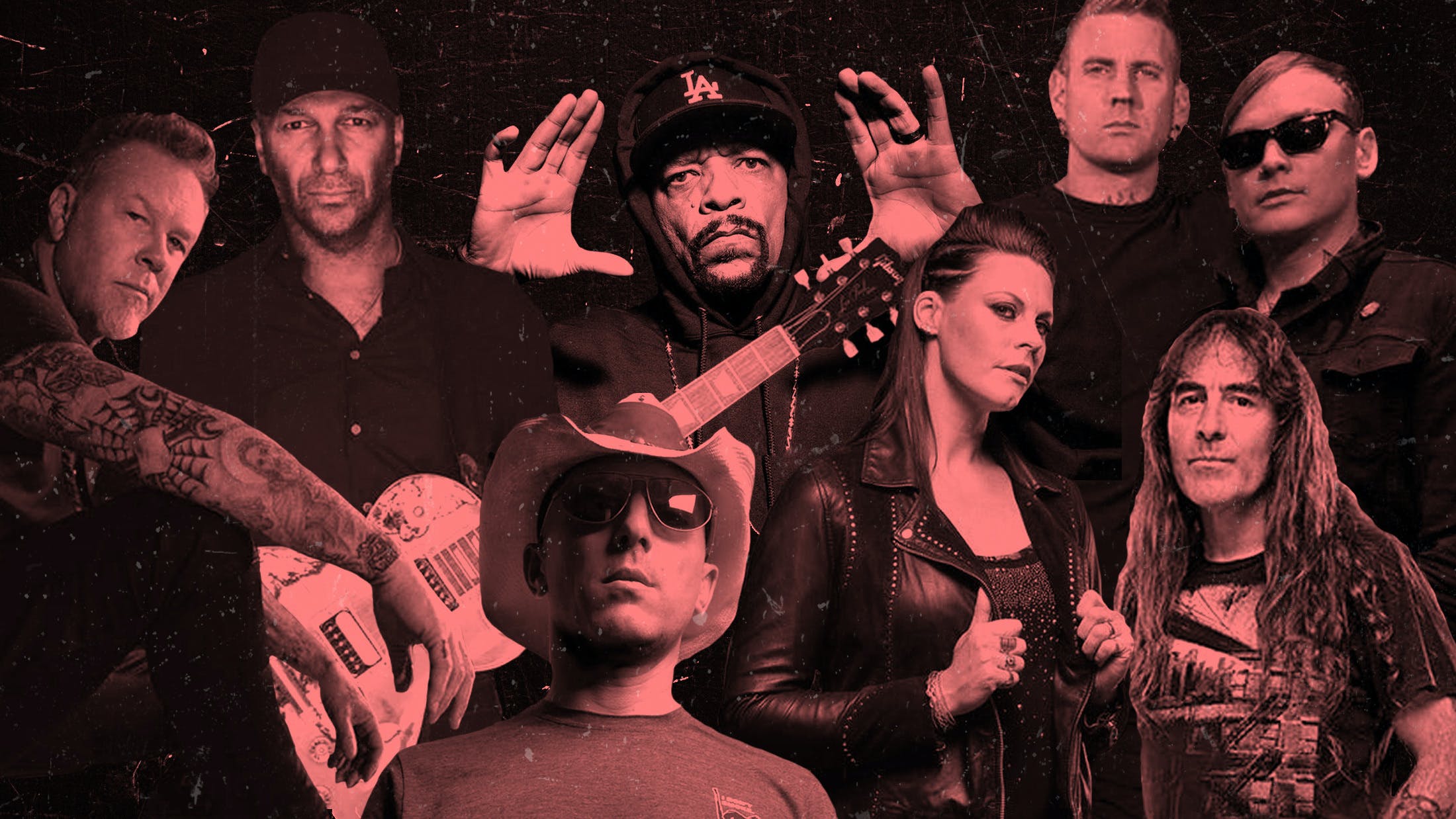 What do other musicians like to do in order to take their mind off the twin responsibilities of rock and roll? We all know about Bruce Dickinson’s penchant for flying and fencing, or Alice Cooper’s golf obsession, but what else makes the great and good unwind?

Our findings may surprise you...

The Metallica frontman has famously indulged in various pursuits to occupy his downtime, whether it’s hunting wild animals, collecting massive custom cars or building tables. In fact, he recently combined the two by releasing a coffee table book about his four-wheeled treasures, Reclaimed Rust: The Four-Wheeled Creations of James Hetfield. But most surprising of all is that he’s something of an apiarist: a beekeeper. Speaking on The Joe Rogan Experience podcast, Papa Het revealed: “If you’re wearing black, they’ll all attack you. They think you’re a bear. If you’ve just eaten bananas, there’s a smell or something in it that’s similar to their attack pheromone that they set off, so there’s a few things that I’ve learned over the years.” To be fair, he did drop a hint on the Master Of Puppets track, The Thing That Should Not Bee. Bee. Anyone? Come on!

The Svalbard vocalist/guitarist has more than a passing fondness for rollercoasters. The self-confessed ‘theme park nerd’ has a tattoo of Thorpe Park’s Saw ride inked into her right arm and documents her heart-stopping experiences for the rollercoaster enthusiast community. Her favourite fact? “Anneke Van Giersbergen from The Gathering is the voice of the White Women on the [Dutch steel Dive Coaster] Baron 1989,” she once tweeted. Probably while doing a loop-the-loop or that thing where you lift your hands but every nerve in your body says you really, really shouldn't.

"Can I just shock you? I like wine… At any one time, I have nine bottles of wine in my house.” Not our words, but the words of Norfolk’s greatest broadcaster, Alan Partridge. Impressive stuff, but one musician who has a significantly larger collection of plonk is the Tool frontman, who once revealed he had a 6000-bottle collection at his home. They’re probably stored in those little wood and wire racks you can get at any home furnishing store. He’s also one of the few rock stars who has turned their passion into a genuine money spinner, as he owns the Caduceus Cellars winery in Arizona, where a bottle of 2015 Nagual del Marzo will set you back $70. This ain’t the cheap and cheerful stuff from the corner shop.

Try looking for a photo of the Iron Maiden bassist not sporting the claret and blue of his beloved West Ham United. It’s next to impossible. His bass sports the club’s badge, his strap is wrapped in the team’s scarf and often wears sweatbands bearing the team’s colours. Before he formed Maiden and changed the sound of heavy metal forever, Steve was on the club’s books and regularly leads the band’s touring football team against local sides on tour. An honourable mention goes to IDLES bassist Adam Devonshire – he played for Plymouth Argyle briefly – who has amassed an impressive collection of Newcastle United shirts over the years.

The Shellac frontman and legendary engineer is a self-described “mediocre” poker player, but that didn’t stop him from scooping a prize of $105,629 at the World Series of Poker in 2018. We expect he bought himself some new overalls for his studio work and a selection of fancy mics.

Described by one Reddit user as “creepy as hell”, the Mastodon drummer’s clown-themed collection is so vast that it’s housed in its own room. “I was never afraid of them,” the non-coulrophobic sticksman told Good Beer Hunting. “I really just like the aesthetics of the clown. I like all the colours. They look insane. It’s fucking crazy. So a whole room of them is jarring – but in a good way for me.” You do you, Brann.

The Nightwish vocalist has loved horses ever since she was a child and took up riding lessons near her home in Sweden. “My uncle had horses when I was a kid and promised that one day I could have one,” Floor told Kerrang!. “Eventually it happened, but my parents said no. I was heartbroken, but to make it up to me I was allowed to take lessons at a riding school. I’ve started an approach called natural horsemanship, which involves a more communicative approach with the horse, rather than just kicking and pulling and so on.” It’s unknown whether she’s a fan of the retired German stallion Night Wish, who earned a rating of 7.64 out of 10 on horseracingnation.com. Not too shabby.

The Body Count frontman unwinds by splashing some serious cash on cars that are a little more expensive than say, a '14 plate VW Polo, even if it has a CD player and air conditioning. His collection includes a customised Mercedes-Benz SL65 AMG and McLaren 720S. In 2018, he was arrested in the latter for not paying the toll on the George Washington Bridge, which goes between Manhattan and New Jersey. He wasn't scrimping on a few dollars, though; the brush with the law was down not having his E-Z Pass installed in his new ride, yet the incident made ABC’s Channel 7 news. “I love how people think just because I act like a cop on SVU I get special treatment from real cops,” he tweeted. "LOL."

The blink-182 and Alkaline Trio frontman can be found hitting the Californian waves, doing rad barrels, cutting off and all sorts of other surfing terms we’ve just Googled. “I think that I am definitely a happier person now that I am a surfer,” Matt told Surfer.com. “I think any surfer can attest to the fact that you always feel better when you get out of the water than when you get in. It’s cleansing.” Not literally, though. We bet there's all sorts floating around in the Pacific.

The Rage Against The Machine guitarist’s plans to take the U.S. government to task with molten hot riffs were curtailed when their reunion shows were postponed thanks to the COVID-19 global pandemic. Rather than lose himself in a world of rolling news and Doritos, Tom has spent a number of hours playing Dungeons & Dragons with a slew of table-top dice warriors including True Blood actor Joe Manganiello, WWE wrestler Paul ‘The Big Show’ Wight and Game of Thrones co-creator D.B. Weiss. Tom told Variety that the gaming sessions are similar to a “high-stakes poker game”. “It’s a game where friends gather that’s taken deadly seriously and is a lot of fun,” says the guitarist. “But it’s serious. It’s very serious! We’re on an adventure that I think about a lot during the week.”