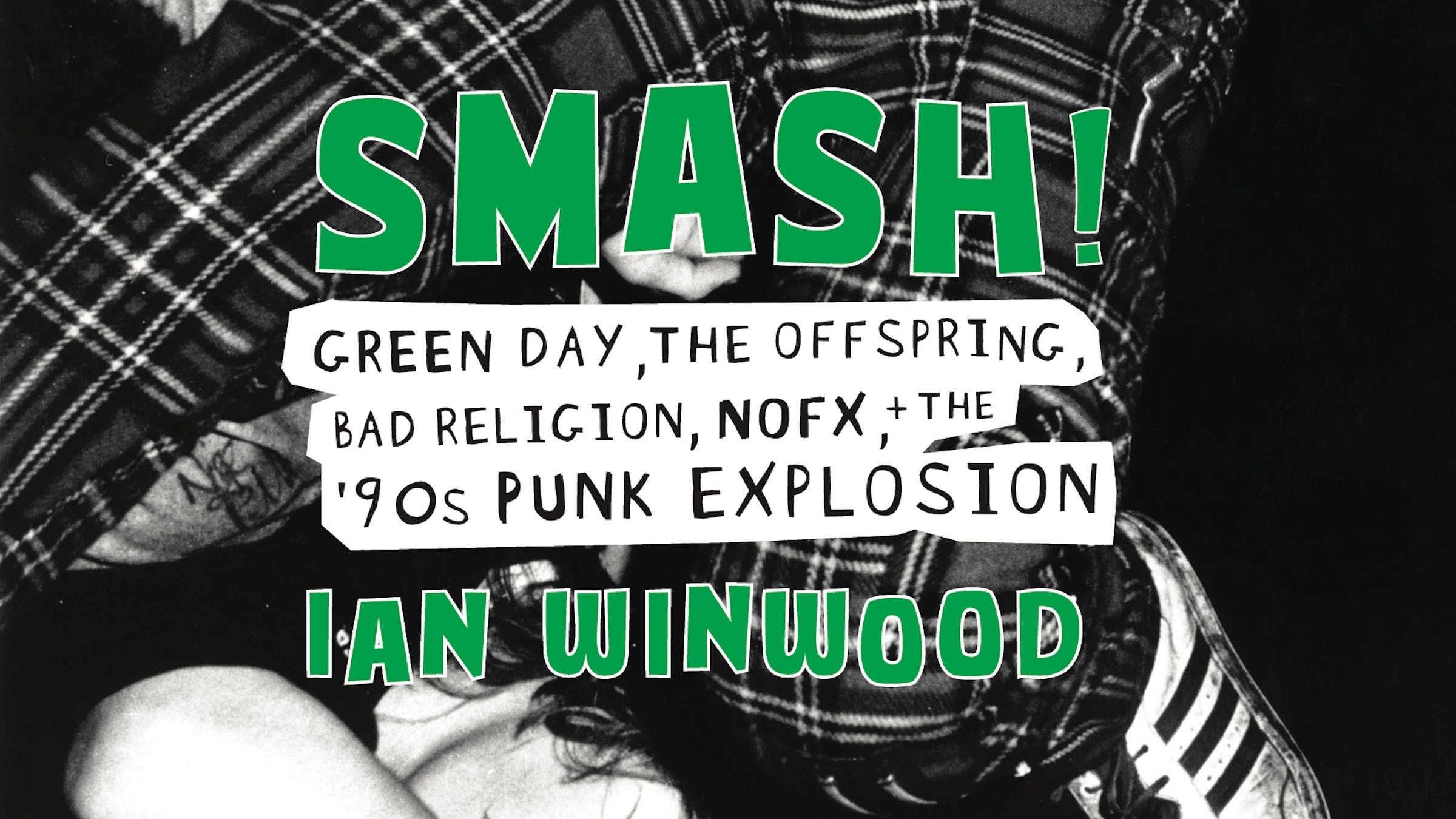 It’s easy to think of skate punk’s rise to fame as a lot of good times with talented musicians finally getting their due. But that’s revisionist history, and leans hard on the public perception of ’90s punk as "pop-punk" due to its popularity. The truth is that punk’s mainstream acceptance in the ’90s rose from a whirlwind of poverty, addiction, near misses, and creative (and maybe slightly illegal) promotional tactics.

Thankfully, author and music journalist Ian Winwood’s new book, Smash!: Green Day, The Offspring, Bad Religion, NOFX, And The ’90s Punk Explosion, gives us first-hand accounts of how ’90s skate punk came to be. And while some of the story is public knowledge, there’s a ton of juicy stuff in there that we had no clue about.

Here are 11 things we learned about ’90s punk from Smash!:

Welcome To Paradise was originally recorded for Kerplunk!, and was re-recorded for Dookie, but the song almost didn’t make it onto either album. The track was rescued from a pile of half-finished songs simply because the band were short of material for their then-unrecorded second album. “That would have been a nightmare, had we not put it on there,” admits Billie Joe Armstrong.

2. OFFSPRING GUITARIST NOODLES WAS WORKING AS A JANITOR WHEN COME OUT AND PLAY BLEW UP

When MTV were playing The Offspring’s Come Out And Play on heavy rotation, the band’s guitarist, Noodles, was still working as a janitor at the Earl Warren High School in Anaheim. He had promised his boss that were the band to ‘get big’, he would see out the school term before handing in his notice. Pupils would tell him each morning that they’d seen him on TV and ask what the hell he was doing raking leaves.

In an attempt to drum up attention, Dookie producer Rob Cavallo would repeatedly call up LA’s most popular rock radio station, KROQ, requesting that they play the album’s lead-off single, Longview. His tactic here was to put on a variety of fake accents, ranging from nervous-nerd to frat-jock, so as not to get recognized. “I wouldn’t try this more than once or twice a night,” remembers the producer. His persistence paid off: months after its original release, the track became Green day’s first hit single.

Billie Joe Armstrong played a show at infamous California DIY venue 924 Gilman Street with Rancid when the latter were searching for a second guitarist. Talk of the Green Day founder joining his near-namesake Tim Armstrong in Rancid on a full time basis were dashed by Tim, who said, “I think he’s doing pretty good with his own thing.” Truth.

5. EPITAPH RECORDS WAS FOUNDED WITH A LOAN FROM BRETT GUREWITZ'S DAD

Bad Religion guitarist Brett Gurewitz founded Epitaph in 1980 with a loan of a $1,000 from his father Richard, known to some as ‘Big Dick’ (…nice). Epitaph would become the most famous and influential punk rock labels of all time, releasing albums by NOFX, Rancid, Bad Religion and, of course, The Offspring. ‘Big Dick’ Gurewitz would later accompany his son to the opening of Epitaph’s European office in Amsterdam in 1995.

6. THE OFFSPRING'S SMASH IS THE MOST SUCCESSFUL INDEPENDENT ROCK RECORD OF ALL TIME

No joke – with 11 million sales to its name, The Offspring’s third album, Smash, is the most successful independent rock album ever released. In order to satisfy the initial demand for copies of the record, Brett Gurewitz remortgaged his home and raised $200,000 dollars with which to pay pressing costs. Within a year, he would turn down an offer from Sony of $50 million for a 50 per cent stake in his company.

7. RANCID'S TIM ARMSTRONG WAS LIVING IN A SALVATION ARMY SHELTER WHEN THE BAND GOT SIGNED

Brett Gurewitz agreed to give Rancid a record deal without hearing a note of the band’s music. At the time, their singer, Tim Armstrong, was living in a Salvation Army hostel. “I didn’t need to hear it,” Brett remembers, “I just knew it was going to be great.” Armstrong’s days spent at the Salvation Army’s leisure would be recalled in the 1994 song Salvation.

Green Day’s first European tour lasted for almost three months and endured in conditions so squalid that Billie Joe Armstrong contracted body lice. “We didn’t know anything before we came to Europe,” says the frontman, adding, “and I mean, we didn’t know anything… But that tour was when Green Day became Green Day. We had to lose our minds to find ourselves; that’s why [some] people quit, because they lose their minds.”

9. NOFX NEARLY BOYCOTTED PLAYING THE UK AFTER A POORLY-ATTENDED SHOW

Following a sparsely-attended show at London’s Powerhaus club in 1993, NOFX swore they would never again play in the UK. They were persuaded to change their minds, and these days can draw crowds in London of more than 4000 people. The support that summer’s night a quarter of a century ago came from The Offspring. The two bands shared a tour bus, on which Noodles invariably slept on the floor due to lack of space.

10. EPITAPH'S SUCCESS TURNED ITS FOUNDER INTO A DRUG ADDICT

Following the success of The Offspring's Smash, Brett Gurewitz became addicted to crack and heroin. “I thought I was bulletproof,” he says, admitting that this “was a famously failed experiment.” Though clean now for more than 20 years, at the time Brett spent time in jail as well as in rehab. In the latter facility, he would persuade friends to bring him apples that had been hollowed out and filled with cocaine.

11. RANCID TURNED DOWN A $2-MILLION MAJOR LABEL DEAL TO STICK WITH EPITAPH

Rancid came within twelve hours of leaving Epitaph for a major label, Epic, only to change their minds at the last minute following an 11th hour plea from Brett Gurewitz. In doing so, they turned down a deal worth one and a half million dollars, plus half a million bucks in publishing. At the time it was reported that Brett celebrated this coup by having part of the artwork from the band’s Let’s Go album inked on his arm, but this isn't true. “I already had a Rancid tattoo,” he says.