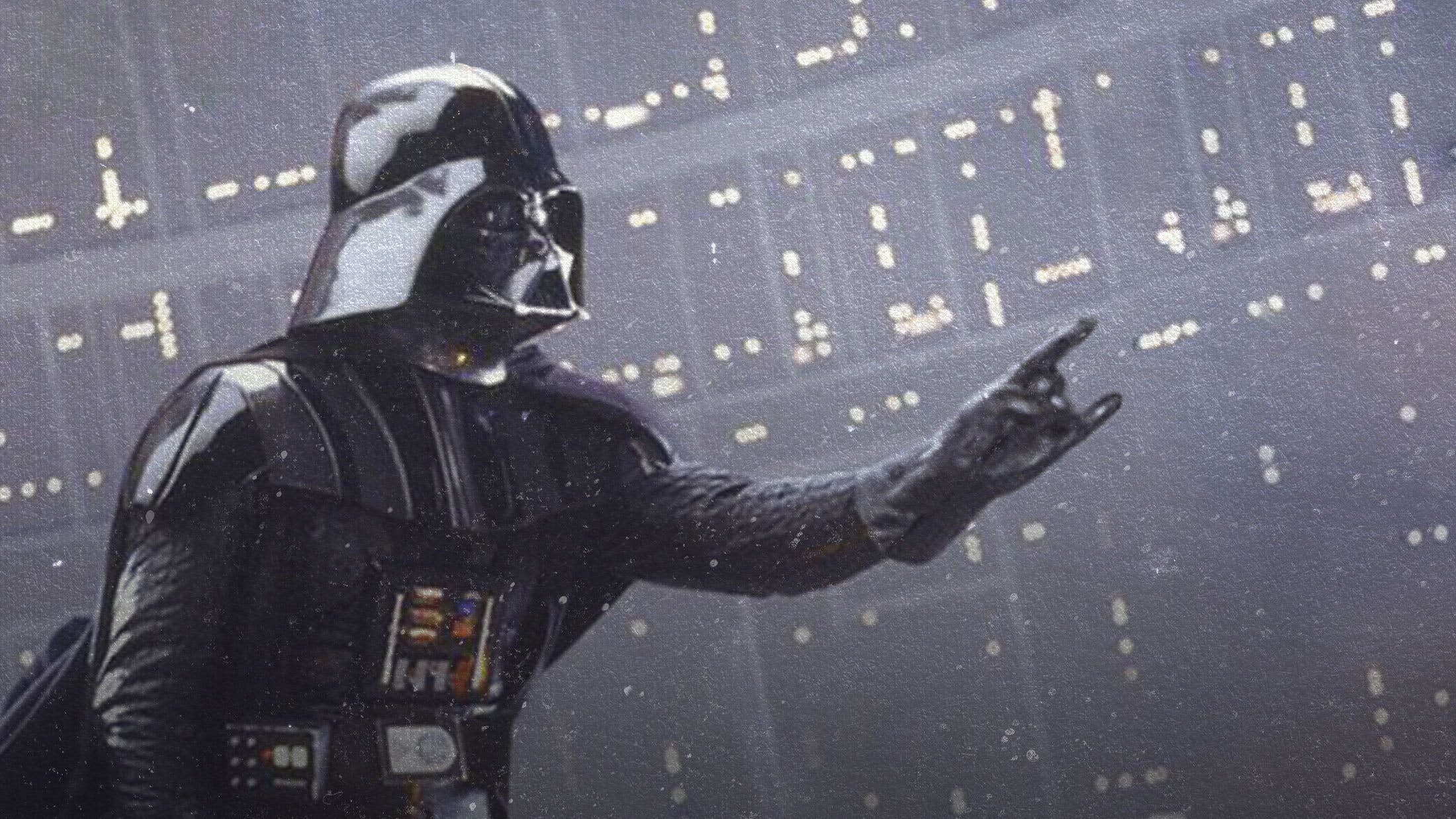 Star Wars has become such a big part of our shared cultural heritage that they even have their own commemorative Star Wars Day on May the fourth (get it?). The movies have also had an impact on many of the musicians who grew up with them, from Polish death metal veterans Vader – named after a certain Sith lord - to the fully Star Wars-themed metal novelty act Galactic Empire.

Here are 14 rock and metal songs that are either about or influenced by the Star Wars universe...

In which Mark Hoppus compares the girl of his dreams and unrequited love to Princess Leia Organa. ‘And of course I'd do anything for her / I'd search the moons of Endor,’ he sings, risking the wrath of Star Wars nerds who might want to point out that Endor features in Return Of The Jedi rather than A New Hope. Nevertheless it’s filled with Star Wars references and ramshackle early blink-182 pop-punk goodness.

Hirsute progsters Coheed And Cambria would go on to create their own sci-fi saga in the epic storyline of The Amory Wars, which has unfolded across numerous albums, novels and comic books. In their pre-Coheed incarnation they also paid tribute to Star Wars and its impact on their childhoods, name-checking Chewbacca, Jabba The Hutt and Boba Fett in the process.

Okay, this one isn’t about Star Wars exactly but ‘Just because I walk like Obi-Wan Kenobi / You people talk but you don't even know me’ is a great opening as Joel Madden channels his Jedi swag. The Click was also the theme song for the short-lived but cult MTV animated series Undergrads.

Ash’s debut album was titled 1977 to mark the birth of two of the band’s members, the UK punk scene led by the Sex Pistols, and the Star Wars franchise. Frontman and songwriter Tim Wheeler has spoken about his Star Wars obsession, and on the B-side to pop-rock banger Girl From Mars they covered the main song played in the Tatooine cantina in the original Star Wars. Canonically the song is called Mad About Me and the alien band playing it is Figrin D'an And The Modal Nodes.

Sarlacc are a Pennsylvanian grindcore duo who only write songs about Star Wars. What’s not to love? As well as this superb 37 seconds of nastiness (the title taken from an insult directed by Han Solo towards Jabba The Hutt), their latest album Rule Of Two also contains the likes of Moff Tarkin And The Prisoner Of Alderaan, I Drink Your Blue Milk… I Drink It Up and the breath-taking Force Choke. See what we did there?

We’ll stick with Star Wars-themed extremity as Aussie crew The Senate follow a similar path with their 2017 debut album Tales From A Galaxy Far, Far Away. The first single was another paean to the mighty Jabba, done technical deathcore style. All together now: ‘All hail the great crime lord / Bow down to your master, the all-powerful Hutt.’

For a band who took their name from another Star Wars insult (‘Who’s scruffy-looking?’) it took these pop-punks and self-confessed purveyors of ‘nerdcore’ a while to get round to actually penning a good Star Wars-themed song. Like blink-182’s effort it uses its Star Wars references as a metaphor, but is also accompanied by a wonderfully cheap and suitably SW-obsessed lyric video.

QOTSA also referenced one of the franchise’s most beloved lines of dialogue with this obscure instrumental (although some of those guitar lines do make distinctly robotic squeaks). It’s also an awkwardly jazzy and jarring track that originally appeared on the rare The Split CD made with Beaver in 1998.

Hoth are another band from the more extreme end of the metal spectrum playing Star Wars more or less straight. ‘Swirling demons of the void I hear their cries / Resounding wails what once was here is no more / Ghosts lamenting, eternal damnation,’ they rasp here. The sci-fi blockbusters aren’t the only thing they sing about, but it is very much a primary inspiration.

Frankly we’re not entirely sure what Clutch are on about here as they namecheck Van Gogh and tripping assassins alongside ‘the Wookie’s wicked clutch’, but there’s no denying the unstoppable groove accompanying Neil Fallon’s oblique poetry. It’s an excellent Clutch obscurity that first emerged on the odds ‘n’ sods compilation Pitchfork & Lost Needles.

Star One is a sort-of progressive metal supergroup started by Ayreon’s Arjen Anthony Lucassen, featuring such vocalists as Russell Allen of Symphony X and Floor Jansen from Nightwish. It’s very much a sci-fi obsessed project, with the band name taken from Blake’s 7. On debut album Space Metal they explored a number of cult sci-fi films, books and TV series and, while it names no specific names, Master Of Darkness is clearly inspired by The Empire Strikes Back.

From the sublime to the ridiculous, as Jack Black and Kyle Gass flex their sci-fi metal chops. Although if Disney ask, Deth Starr is clearly an entirely different concept from the phonetically similar but differently spelled Death Star of the Star Wars franchise. There’s also a gratuitous ‘Uranus’ pun thrown in for free.

Before Jon Bon Jovi was a stadium-straddling poodle-permed soft rock colossus, he was a janitor at his cousin Tony Bongiovi's Power Station recording studio. He essentially sneaked onto an album that was being cut there with the self-explanatory title Christmas In The Stars: Star Wars Christmas Album. This was his first every professional release and frankly, it gives droid-related Christmas songs a bad name.