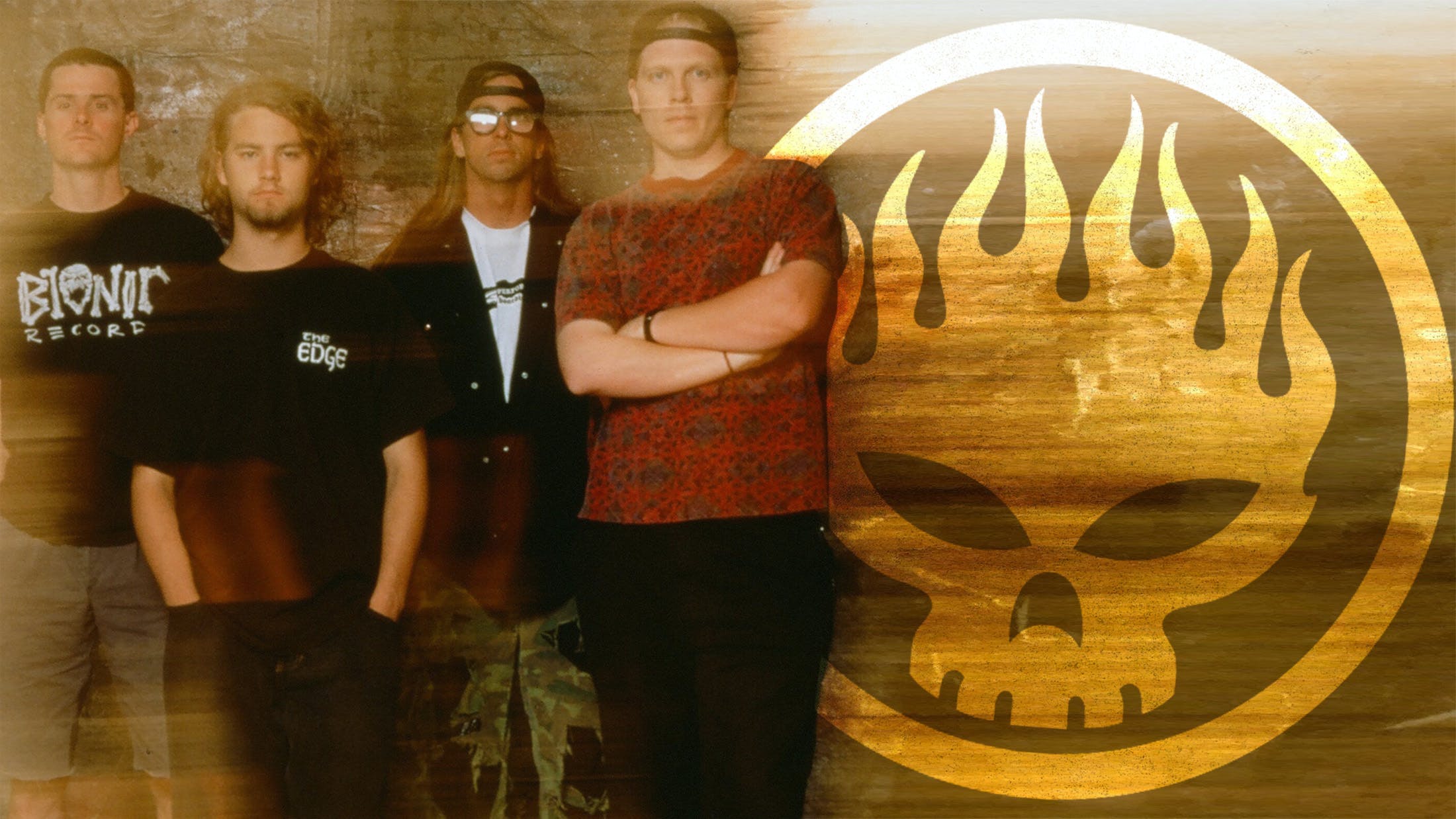 Forming back in 1984, California punk veterans The Offspring celebrate their 35th birthday this year and 30 years of their self-titled debut. Oh, and 25 years of breakthrough album Smash. But we're guessing you already knew this…

Here are 15 things you probably didn't know about Dexter Holland, Noodles and the gang, from situations of police brutality to middle fingers in magazines.

Dexter Holland’s welcome to the school of punk rock hard knocks came at a Dead Kennedys show at the Longshoreman’s Hall in California. When the police stormed the venue, he and the other concert-goers were sprayed with tear gas, while an officer hit him so hard on the arm with a baton that he feared he’d broken it. “After that, I didn’t like cops very much,” he said.

The Offspring’s first manager, Jim Guerinot, used to look after the affairs of Social Distortion. Dexter Holland first encountered him after a Social D show, where he and guitarist Dennis Dannel were being chased by the cops through a lawn drenched by active sprinklers. Jim was carrying a guitar amp at the time.

3. Noodles Didn’t Think The Band Would Be A Success

When Dexter Holland invited Noodles to join The Offspring, the guitarist’s answer was, “Absolutely!” At least at first, though, his expectations were not high. “It was just punk rock,” he said. “I loved the music, I loved the songs, but I didn’t think it was really going to go anywhere. I didn’t think it was going to be a career. Even to think that back then was ridiculous. If you’d said to anyone, ‘I’m in a punk band and that’s what I want to do for a living,’ they would have laughed in your face.”

Noodles was given his nickname by the band’s one-time producer Thom Wilson, in honour of his habit of noodling on his guitar whenever he’d messed up a take in the recording studio.

Prior to the release of Smash, bassist Greg K quit his job at a printing shop in Orange County. “Everyone thought I was insane,” he admitted, “but I was like, ‘It’s not like I quit the greatest job in the world. If this doesn’t work out, I can always get another job.’” He never did have to get another job…

As well as a punk rock singer and a scientist, Dexter Holland is also a licensed pilot. In one memorable feature in Kerrang!, he personally flew writer Paul Brannigan and photographer Ashley Maile from California to Mexico. A co-pilot flew them home, as by then he’d had a beer.

At the first time of asking, Epitaph Records owner Brett Gurewitz turned down the chance to sign The Offspring. “I was very familiar with them from the LA scene,” he said. "They sent me their demos, periodically… [but] I declined to sign them. I thought the demos were good, but not really good enough for me to want to take the plunge.”

8. Their First Hit Came From A Car Ride

The inspiration for the song Come Out And Play came from Dexter Holland driving his “crappy car” through the neighbourhoods of Watts and Compton en route to classes at the University of Southern California (USC). The song, about inner-city gang violence, was written in the period of the LA riots and increasing bloodshed between two warring factions, the Crips and the Bloods.

9. That Famous Line Was Paid For With A Burger

The line 'You got to keep ’em separated' from Come Out And Play was voiced by Blackball, one of the band’s friends. It took him just two takes to nail one of the most famous refrains in punk history. For his troubles he was treated to an In-N-Out Burger, as well as a photograph with Snoop Dogg, who was recording in the same facility.

10. Smash Was Released In Room Of Sweat

Smash’s de facto release party came when the band played the Whisky A Go Go club on Sunset Boulevard in LA. The show was attended by Lisa Johnson, a Kerrang! photographer and the First Lady of Southern Californian punk rock. She remembers it well. “It was crazy,” she said. “I’ll never forget it. The walls were sweating – it was just so crazy. It was like a sea of people crawling over each other. And it was so sweaty and hot in there. It was so bad that I thought I was going to get malaria – and that’s not a joke. I remember going, ‘Oh my God, the walls are actually sweating!’ I thought I was going to contract some horrible disease.”

11. Epitaph Paid Big Money To Get The Offspring On The Radio

Encouraged by the fact that Come Out And Play was being played on the KROQ radio station in Los Angeles, Brett Gurewitz hired Mike Jacobs, a radio plugger whose job it was to convince radio stations up and across America to also play the song. For his services, Mike was paid $60,000 – more than twice of the recording budget for the entire Smash album.

12. The Come Out And Play Video Was A Lo-Fi Affair

Even cheaper still was the budget for the video to Come Out And Play. Directed by Darren Lavett and shot in a friend’s garage in Los Angeles, the clip cos a mere $5,000 to film, and most of that was spent on the BBQ and beer utilised in the end of shoot wrap party.

Smash broke all over America, despite the fact that The Offspring themselves did little by way of promotion. Other than making music videos in which their faces were rarely front and centre, the group eschewed almost all press, and all television appearances bar one. This tactic was deliberate. “We don’t want to be over-exposed,” said Greg K. “Not to knock Green Day, ’cause I like Green Day, but it’s like every time you turn on MTV you see Billie Joe [Armstrong]’s face.”

14. Dexter Holland Has A PHD

With Smash riding high, Dexter Holland put his studies as a molecular biologist at USC on hold, much to the chagrin of his mum. In time, however, he did earn his doctorate. His thesis contained such snappy lines as ‘an important post-transcriptional regulatory step in gene expansion is that the 59 end of mRNAs can base-pair with the complementary sequences in the 39 untranslated regions (UTRs) on their target mRNAs and suppress translational capacities of these mRNAs.’

When Smash was selling in quantities of millions, Epitaph took out a double-page advert in the music trade paper Billboard. In it the staff posed with their middle fingers extended in the direction of the camera. “It was us saying, ‘Fuck you, we did it,’” said Jeff Abarta, the label’s product manager.