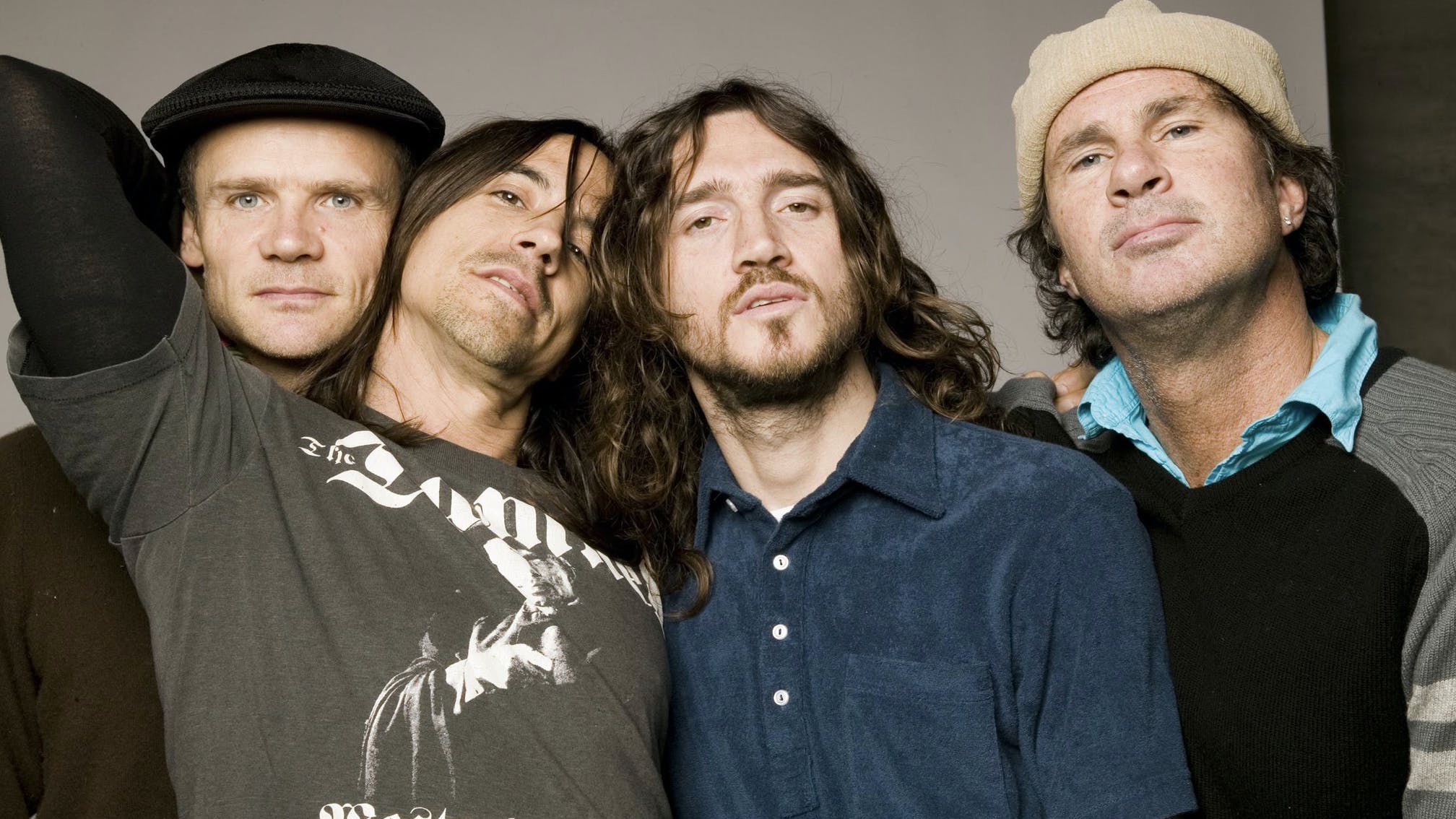 There aren’t too many artists who would be willing to change their sound on their eighth album. Even more to the point, there aren’t many who would risk such a change knowing it could provoke not just a strong audience reaction, but intense internal conflict within the group itself. And yet, two decades on, By The Way still stands tall as one of the Red Hot Chili Peppers’ – and modern rock’s – most acclaimed records to date.

The year was 2001, and fresh off the back of the epic 16-month long Californication world tour and high on confidence off of their most successful album to date, the Los Angeles-based four-piece – Anthony Kiedis, Flea, Chad Smith and John Frusciante – headed to Chateau Marmont, where they set up on the quiet seventh floor to begin penning ideas for what was to come next. Having grown weary of the rigidity of sticking to the band’s funk roots, one member – John – sought musical exploration and, notably, a change.

More confident than ever, the guitarist was priming himself to become the core driving force behind the Chilis’ planned new record. “Like Californication, writing By The Way has been one of the happiest times in my life,” he told Total Guitar at the time. “It’s been a chance to just keep on writing better songs and improving my guitar playing.”

Inspired by music from the ’60s and ’80s like The Beach Boys, The Beatles and Erasure, John felt for the first time that he wasn’t writing for a perceived idea of the ‘Red Hot Chili Peppers sound’, but instead creating “a Chili Peppers album that didn’t sound like a Chili Peppers album”. Even in its production, he was cooking up the record’s core ingredients, directing the sound to fit the slicker, more clarified production alongside Rick Rubin, and refusing to be tied down by the success of their bluesier, funkier records like 1991’s Blood Sex Sugar Magik.

Such was John’s heavy control over the record’s conception and lack of camaraderie, Flea felt alienated and even side-lined. He was uncomfortable about abandoning the fun of funk in search of more mellow, melodic tracks; and, with John in creative command and shunning the bassist’s ideas, Flea was reaching the end of his tether. With his voice losing its power within the band, the bassist even threatened to quit ahead of the By The Way tour, stating a desire to become a full-time music teacher instead. Ultimately, peace-restoring conversations cleared the air on their rocky relationship. It was a good thing, too – because what followed has proven an era-defining album in their history.

A month before the album’s arrival, the title-track was shared, sending shockwaves through the Chili Peppers fandom and music fans alike. Like any good single, it was a pure hype generator, with its anthemic alt.rock chorus and groove-ridden verses ensuring it spent 14 weeks as U.S. Number One, and ramping up excitement for the full LP.

Of course, the album as a whole was also a triumph. In transitioning from punk-funk to harmonious, laid-back textures, John’s inspiration from artists like The Smiths, The Banshees and doo-wop groups created a fresh, original Chili Peppers sound that pushed the group to the front of conversations in the rock world. Rock had been soaring through the mainstream charts anyway – something the Chilis themselves knew all too well… but not like this.

One of the biggest factors in By The Way’s success was its impact on UK soil, where so much of the band’s musical inspiration for the record originated from. It became their first-ever UK Number One, with John later citing this breakthrough as the key to the album’s unwavering success in the long run. “They say that album is one in every three households”, he reflected back in 2010. “England really went for those songs more than anybody.’ Unsurprisingly, it also signified another Chili’s success story in the States, peaking at number two on the U.S. Billboard 200.

But the UK’s love provided a reward for their risk. Those big, melodic choruses and joyous sing-along numbers were swallowed right up and provided proof that John’s gut to embrace change was right. Reviews at the time not only recognised By The Way’s significant departure from previous material but also its mastery in doing so. It proved a pivotal crossroads for the Chilis sonically, a sea-change that was dramatically different and yet still utterly adored by fans and critics alike. “I think people connect with the honesty and craftsmanship in our music”, Flea told Louder. “It’s not like we’ve had some overnight surge of popularity, but as time has gone by I think people have connected in a deeper way.”

Perhaps even more important is that the band loved what the album did for them. By The Way changed the Chili Peppers. It gave them a platform to continue their experimentation with fresher waters. The tag of funk was as loose as a pair of their ’90s-era trousers, and with tensions healed and power fairly distributed, the band were buoyed by the success. “I’m more proud of this album than anything I’ve ever done,” John said post-album release.

Stadium Arcadium, their 2007 follow-up, was another commercial superhit and, being a double-album of 28 tracks, demonstrated RHCP’s confidence and creativity in continuing with the soundscape. Still, their sound continued to evolve in the mould of By The Way, with later ventures into melodic, alt.rock spheres more commonplace on the likes of I’m With You, The Getaway and Unlimited Love. In fact, funk is arguably a rarer commodity to be found on newer Chili Peppers records now than it’s ever been.

Twenty years on and By The Way’s legacy has grown evermore to be respected as one of the band’s most significant records. More generally, it’s one of the 21st century’s greatest album and – ironically for a record designed to be solely something un-Chili Peppers – a band-defining release.

Red Hot Chili Peppers’ iconic bassist Flea has added to his long list of acting credits with a role as a bounty hunter in the new Obi-Wan Kenobi series.