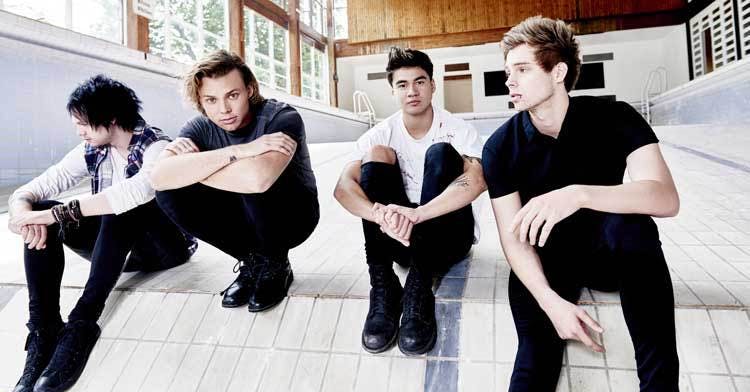 5 Seconds Of Summer have unveiled a hilarious new video for their latest single, Hey Everybody!.

So, this is what Luke, Ashton, Michael and Calum would get up to if they were loaded. Fair enough. The track is taken from the Aussie pop-rockers’ 4K-rated new album, Sounds Good Feels Good, which will be released on October 23 through Capitol Records. Let us know what you think of Hey Everybody! in the comments.

Pre-order the album now through this link, and pick up this week’s issue of Kerrang! for a huge review of the full-length – along with an interview with frontman Luke Hemmings!

Catch 5 Seconds Of Summer live in the UK next year:

Tickets are on sale now from the Kerrang! Ticket Store!