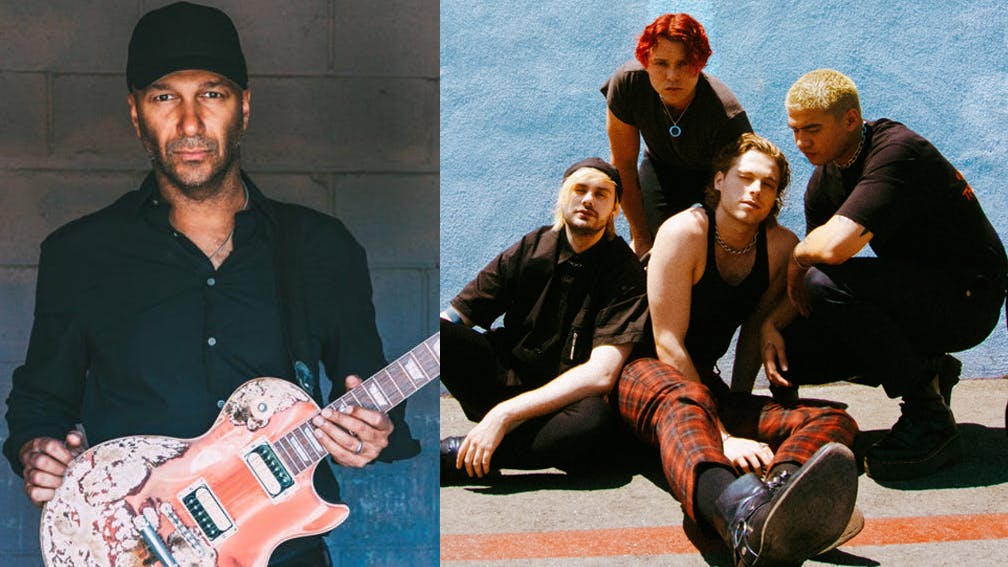 The track is out now via Polydor Records (UK) and Interscope Records (U.S.), and features Tom doing what he does best – playing epic riffs and solos, obvs – throughout. Of course, Tom isn't shy of collaborating with different names, having worked with the likes of Big Boi, Killer Mike, Vic Mensa, Bassnectar, Marcus Mumford, Gary Clark Jr. and Steve Aoki on his latest album The Atlas Underground. He also featured on Frank Carter And The Rattlesnakes' 2019 record End Of Suffering.

“Teeth came about after a month or two long blur of writing and pushing ourselves to go a step further than Youngblood,” says 5SOS frontman Luke Hemmings. “It was a tumultuous time in my life and the lyrics in the song definitely reflect that. It speaks lyrically about a trying time in my current relationship. Musically it’s another step forward from ‘Easier’ and really embraces industrial sounds and rhythms. Collaborating with Ryan Tedder was incredible as was Andrew Watt, Ali Tamposi and Lou Bell. Teeth captures the soul of 5 Seconds of Summer and I truly believe it is a unique song to us as a band and doesn’t sound like anything out at the moment. It’s my favourite song we’ve released ever and I can’t wait for people to hear it.”

Read this next: 9 before-they-were-famous performances that’ll make you rethink your favourite bands