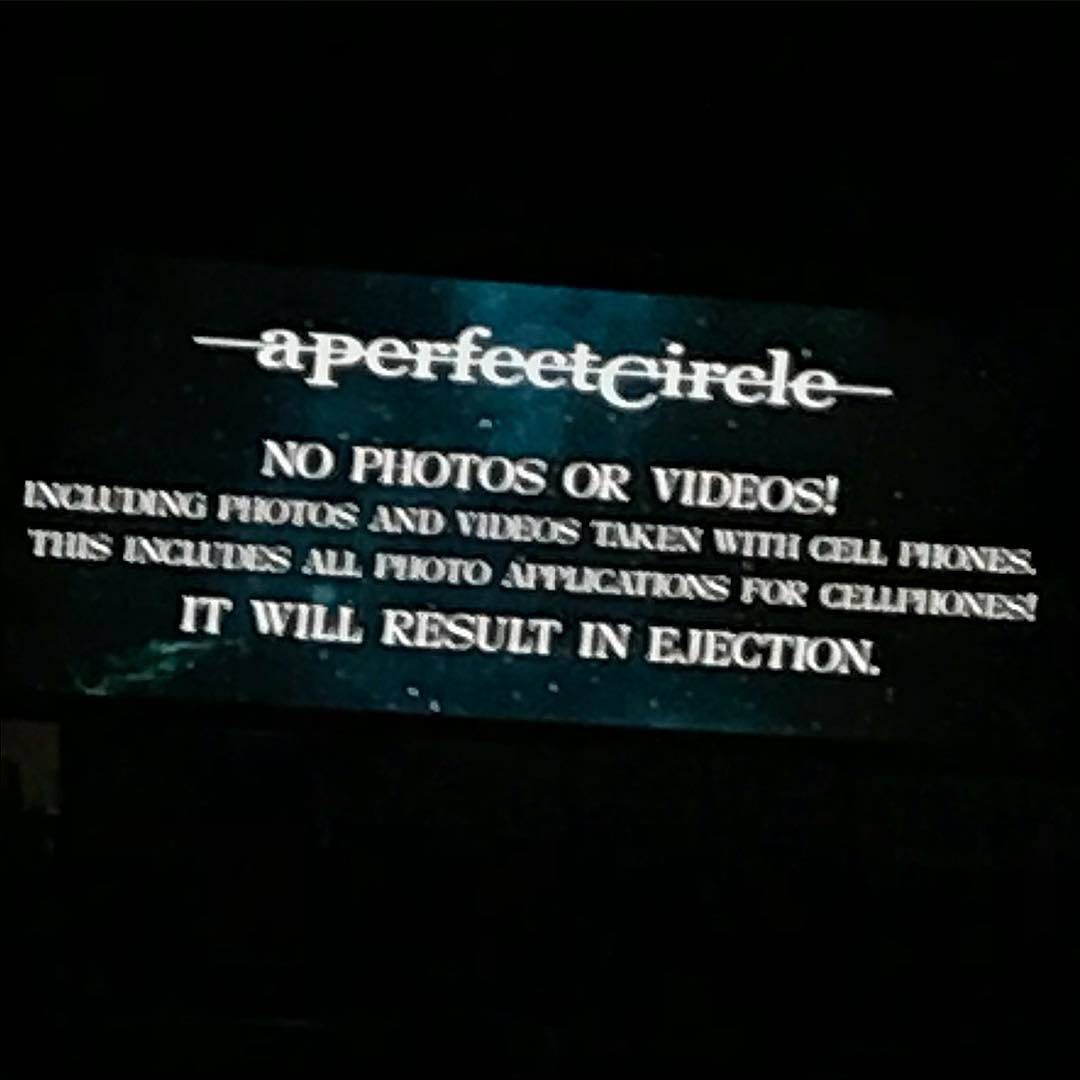 If you've been at one of A Perfect Circle's shows in the states recently, you'll have been greeted with this message at the beginning of the show:

Metalsucks.net reports that according to one David Farrar, General Manager of the SMG Managed Santander Arena And Santander Performing Arts Center in Reading, Pennsylvania, where APC performed on Saturday night, the venue chucked out more than sixty (60!) people for snapping pics on their phone or otherwise while the band played.

The revelation came on Instagram in a commented response to one attendee's successful attempt at getting a few photos. Farrar boasted, “Your [sic] good. We tossed over 60 people last night for taking pics..” and also said “this was 110% the bands [sic] policy and has been for TOOL, APC, and Pusicifer.. it’s not a new policy.”

People are going to paint APC as the bad guys here, but we're inclined to agree with the band that people who go to shows only to spend their entire evenings with their cellphones in hand, arms aloft, ruining the view for other gig goers are pretty annoying. Maybe ejection is a pretty severe response, but it sends a message?!