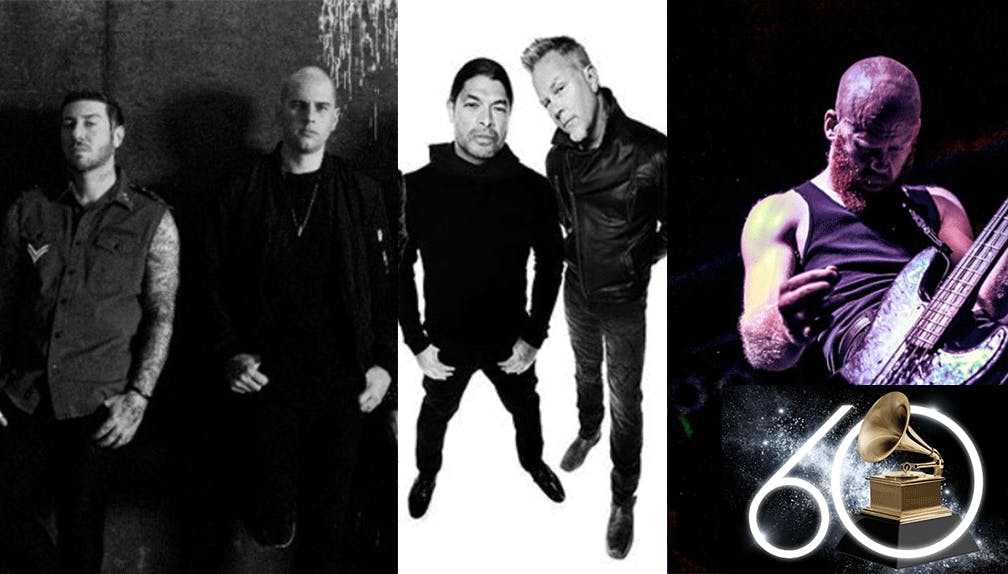 Traditionally, the GRAMMY Awards is a ceremony dominated by household name artists. Tonight, at the 60th annual bash in Madison Square Garden, New York City however, we have reason to pay closer attention than usual, thanks to nominations for a number of bands from the rock, metal and alternative world.

Of particular interest, is the tasty-looking Best Metal Performance category, which sees August Burns Red (Invisible Enemy), Body Count (Black Hoodie), Code Orange (Forever), Mastodon (Sultan's Curse) and Meshuggah (Clockworks) duking it out. Though a win for any of the bands nominated will be huge, were the extreme Pittsburgh crew and former Kerrang! cover stars to emerge victorious, it would leave a mark in the mainstream that would feel monumental.

Elsewhere in the Best Rock Performance category, there are posthumous nods for Leonard Cohen (You Want It Darker) and Chris Cornell (The Promise), with sterling competition from Foo Fighters (Run), Kaleo (No Good) and Nothing More (Go To War).

Chris Cornell - The Promise, which is up for Best Rock Performance

In contention for Best Rock Song is Metallica's Atlas, Rise!, K. Flay with Blood In The Cut, Nothing More, for Go To War, Foo Fighters' Run and Avenged Sevenfold, for The Stage. Good luck to anyone calling that one…

Finally, there's the small matter of the Best Rock Album award, which includes a number of big hitters. Mastodon are in the race again, for Emperor Of Sand, Metallica also get a second nomination for Hardwired… To Self-Destruct, alongside Queens Of The Stone's Villains, The War On Drugs' A Deeper Understanding and Nothing More's The Stories We Tell Ourselves.

Metallica's Atlas, Rise!, from Hardwired… To Self-Destruct, which is up for Best Rock Album.

For more information on all things GRAMMY Awards, click here.

Good luck to all of the rock and metal acts and artists nominated. Check back here for an update on all of the above as we get it.