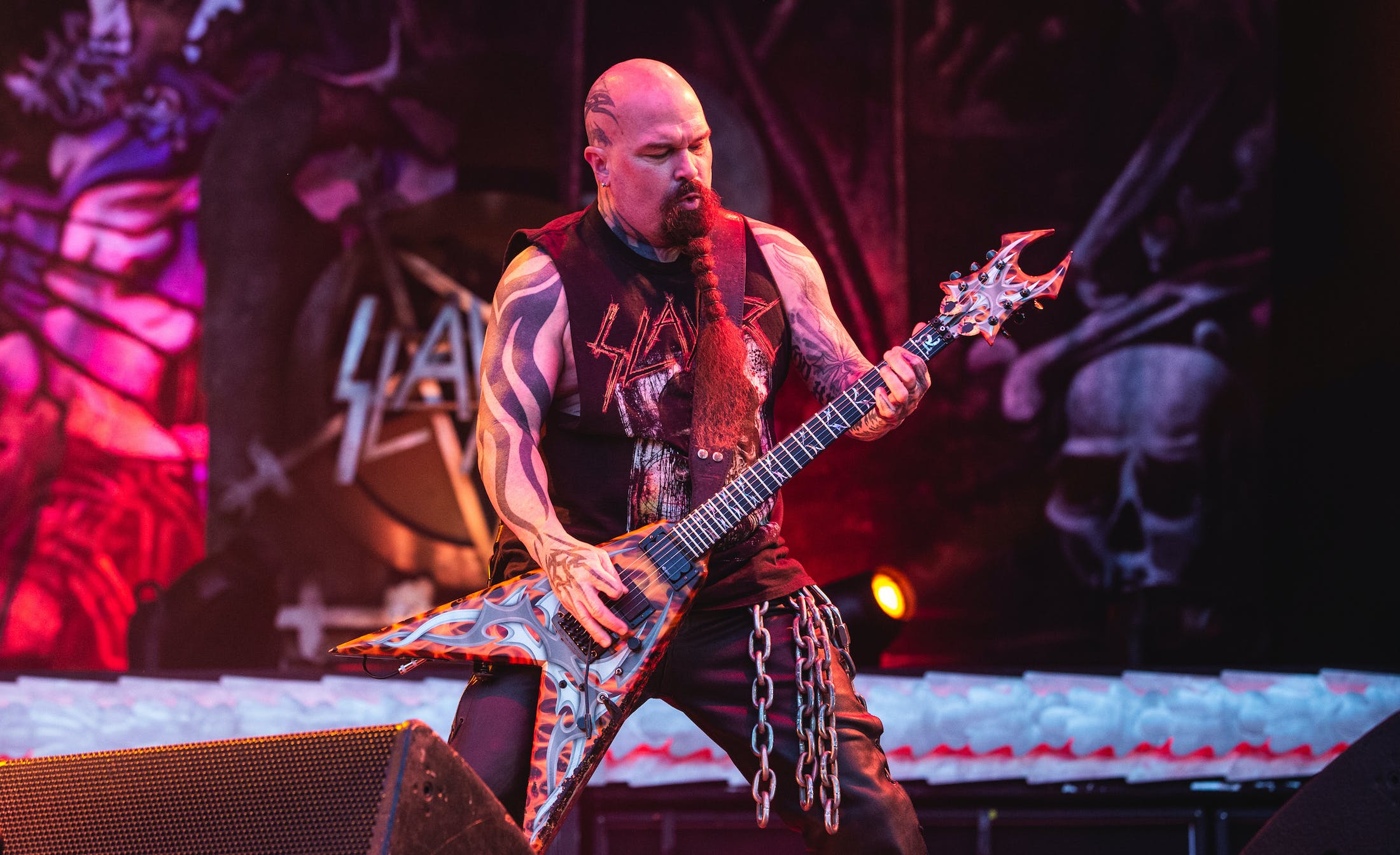 As we headed into the final stretch, two things were clear about the Sunday of Download festival – Tool were headlining and Slayer were saying their final goodbye. It was a day of mixed emotions, from absolute elation to a crushing sadness, with the odd bit of heavy metal thrown in between.

Here's what Kerrang! learned on the Sunday of Download...

There's Life In Dinosaur Pile-Up Yet

Grungy Leeds rockers Dinosaur Pile-Up nearly gave it all up a few years ago. They've been a band since 2007, but never quite getting the attention they deserved. Until now. Not only did awesome fourth album Celebrity Mansions get released on a major label earlier this year, but their opening set on the Zippo Encore stage proves that they've finally got their just desserts. What's more, their emphatic performance gets an early Sunday morning crowd energised and excited, and proves that this is just the beginning for them.

A grey lunchtime slot of over on the Avalanche stage probably isn't the ideal place to experience London anarcho-electro-punks Black Futures, but a groundswell of slop sin't going to be enought to slow their inexorable rise as one of Britain's most exciting new bands. Deploying a host of white-overalled minions to run about the place like wound-up, washed-out oompah-loompahs, things quickly resemble a mind-bending scene from Charlie & The Industrial Metal Factory – and we've all got golden tickets.

Given the multitasking that Underoath's Aaron Gillespie has to do for his job, as the Florida band's sticksman and clean vocalist, he needs the perfect garment for a musician on the go. Not only does his band rock the main stage during their 45-minute set, the drummer sports a rather natty beige waistcoat behind the kit. Admittedly he looks more like a fly fisherman than a rocker, but at least he's got somewhere to keep his Polos.

There's A Softer Side To Lamb Of God And FEVER 333

They might be key members of two of the bands most ready to tear apart the main arena, but over in the Zippo acoustic tent Lamb Of God guitarist Mark Morton and FEVER 333 frontman Jason Aalon Butler show off a little more sensitive soul with a cover of Marvin Gaye's What's Going On. "This is only the third time we've ever played this song," laughs Mark, "...and the first two times were about an hour ago," continue Jason. Regardless, they hit us right in the feels.

FEVER 333 are known for their wild and energetic stage shows – something they once again prove with an intense and incendiary set on the Avalanche stage – as well as drummer Aric Improta's ridiculous energy behind the kit. But frontman Jason Aalon Butler and guitarist Stephen Harries aren't to be outdone, joining Aric for an intense and awe-inspiring three person drum solo that lasts a good few minutes and would make Travis Barker blush with envy.

“Goodbyes are always hard, but there’s something extra-poignant about the last show from LA thrash overlords Slayer: an immortal force so much part of the festival furniture it feels unreal that they could actually end. Boasting perhaps the biggest crowd we’ve ever seen on the Zippo Encore stage, there’s no lack of violence. Kerrang! are covered in cuts and bruises just from making our way to the front, and when we do get to pay our respects in the pit there’s a feeling of genuine cataclysmic catharsis. By the time that unstoppable climactic salvo (South Of Heaven, Raining Blood, Black Magic, Dead Skin Mask, Angel Of Death) rings to a close over British soil for the final time, however, even the mightiest moshers – from the Pit Troll sweating it out front and centre to frontman Tom Araya himself – are wiping tears from their eyes. Line-up shifts and dips in form be damned, tonight finally forces the wrenching acknowledgement that metal will never be the same.”

You Don't Need To See Tool To Enjoy Tool

Making their return to Download after a thirteen year absence, Tool didn't just bring a show, they brought a spectacle. Sure, the four men standing on Download's main stage are making the sounds, but all eyes are on the mesmerising visuals beaming out of the giant screens either side of the stage. No cameras pointing at the band, just hypnotic, trippy imagery of eyes, freaky humanoids, insects and more. Even vocalist Maynard James Keenan keeps himself hidden away, spending the entirety of the set stood at the back next to drummer Danny Carey. But when Tool sound as incredible as they do tonight, it doesn't matter who you can see, but what you can feel.