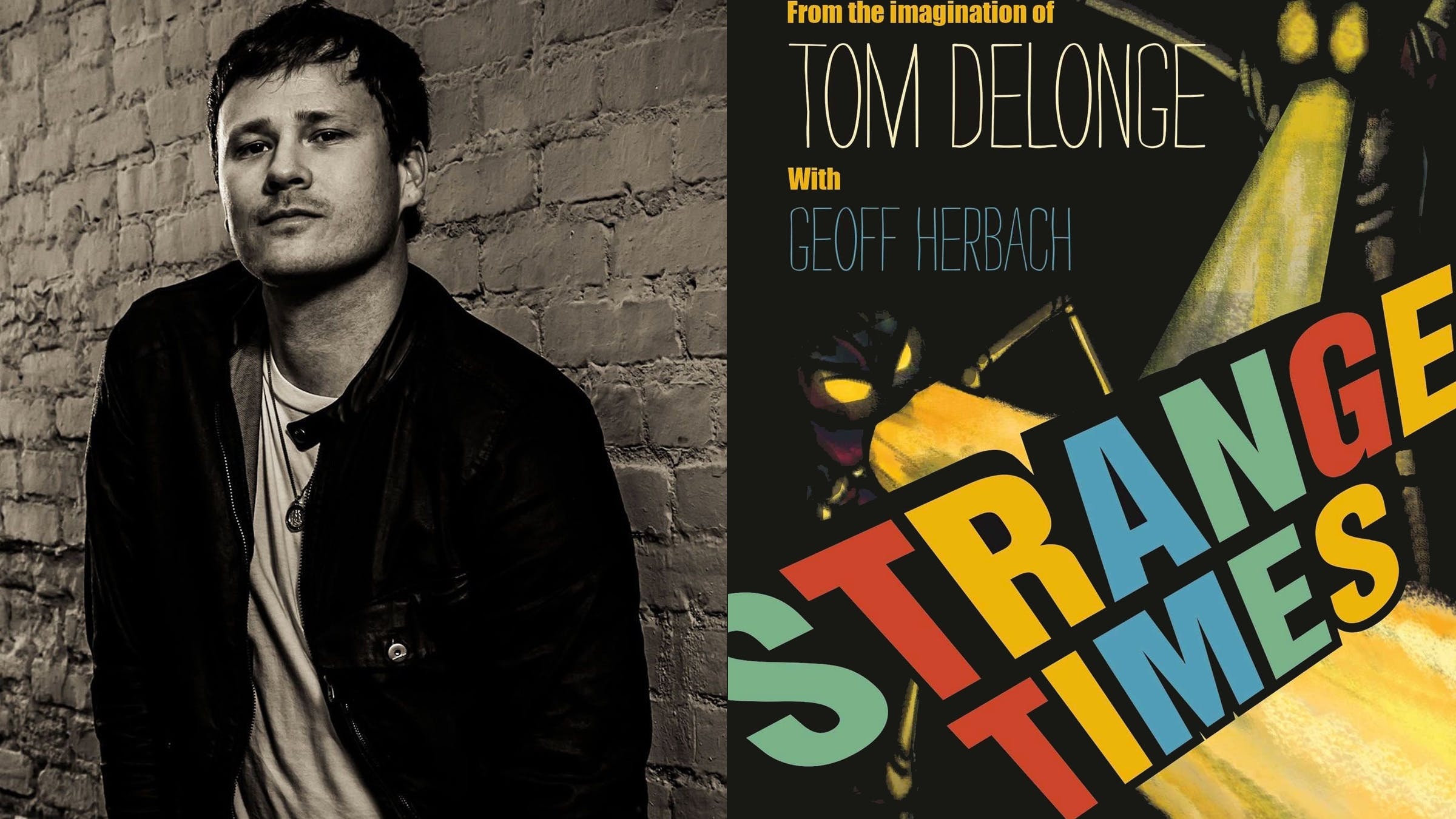 When former blink-182 guitarist and vocalist Tom DeLonge announced he had created To The Stars Academy Of Arts & Sciences, a lot of folks responded with one raised eyebrow. There’s something about celebrities obsessed with aliens that especially humorous, and now, thought skeptics, Tom was one of those guys. But To The Stars went hard on the ‘Arts’ part of their title, using reported stories of paranormal and supernatural encounters to inform world-building and creative development.

One such product of this was Tom's middle-grade novel Strange Times (not to be confused with his children's book Who Here Knows Who Took My Clothes?), which tells the story of five eighth-grade misfits going on a series of paranormal adventures. Now, Variety has announced that TBS is developing Strange Times into a TV show, which will follow the story’s five outcasts as they solve mysteries and encounter otherworldly threats. And while it might have been easy to blow off Tom’s interest in esoteric matters, the idea of that being channeled into a modern rock-oriented version of Scooby Doo is unarguably pretty fucking cool.

Here are seven things we hope to see in Strange Times…

Tom says the crew in Strange Times was “based on the tribe of degenerate skateboarders I grew up with”, which is something every rocker can relate to. And as cool as monsters, ghosts, and aliens are, they’re only as awesome as the Scullys and Venkmans encountering them. We can’t wait to see the veil lifted by a couple of junior high kids searching for munchies.

2) A buttload of punk rock

Tom has a great opportunity with Strange Times: introduce young fans to classic and young punk bands. Just as The Adventure Of Pete And Pete used their weird platform to give ’90s kids a taste of modern and classic rock, so could Strange Times put bands like Bad Religion and Angel Du$t in front of kids ready to enter their combat boot phase.

Who isn’t a sucker for a demonic riff, or a guitar made of alien metal? Rock’s history is littered with weird myths and whispered legends, and Tom's history as a rock star is an awesome jumping-off point for some bizarre rock-oriented hijinks. Hopefully, at least one record will be foolishly played backwards on this show.

4) A bunch of nerdy Easter eggs

Strange Times sounds like it’ll be part of a long, classic legacy of kids’ paranormal TV, and we’re here for that. If there isn’t at least one Gravity Falls reference in the first season, we’ll be pretty bummed.

Along the lines of the previous entry, paranormal kids’ shows usually have the best Halloween episodes, and Strange Times sounds like a series tailor-made for an awesome spectacle come October. Whether it goes old-school horror tributes a la The Simpsons or weird original evil like Stranger Things, we’ll just have to guess.

Well, obviously. If Tom is going to be known for his belief in and love of aliens, he better provide us with some rad beings from beyond the stars.

As in the aforementioned Pete & Pete, Strange Times would be a terrific place to have famous punk rockers cameo in small roles. But even better would be Tom himself as – well, who? The wily semi-paranormal science teacher? The mysterious janitor? An alien invader? Point it, they will probably do something insane with his hair, and we’re stoked to find out what.