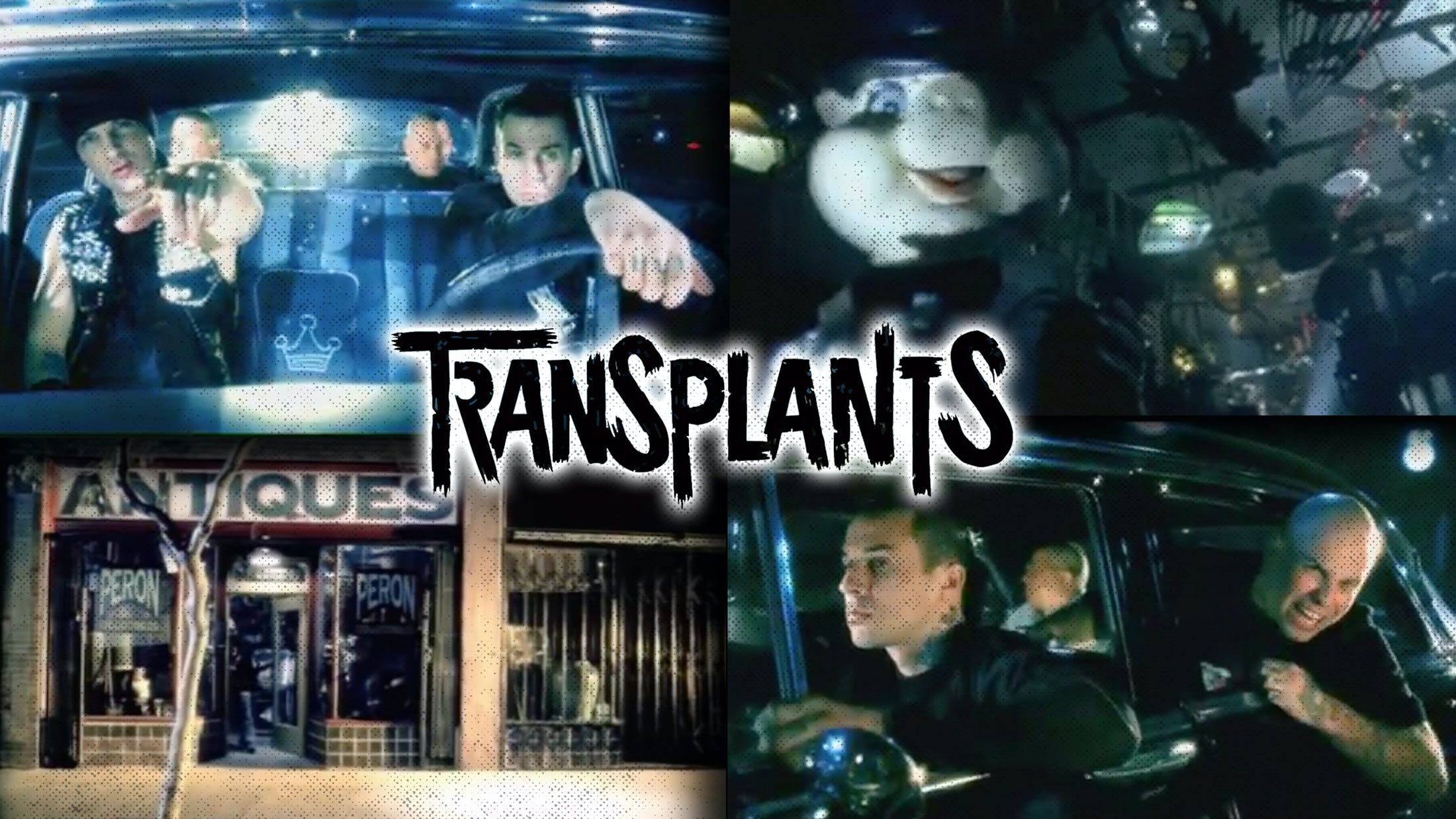 Supergroups are fun, aren’t they? They’re usually side projects people in big bands do for a laugh, or to keep themselves sane when not enjoying being in the big bands they’re in, or simply to try something different, scratch a creative itch, make a few bucks on the side or fill some down time. They normally end up only doing one or two things due to everyone’s commitments, but they keep things interesting, you know?

Transplants is a particularly fun one, a punk/hip-hop hybrid project put together by Rancid’s Tim Armstrong, blink-182’s Travis Barker, roadie-turned-rapper Skinhead Rob and various one-off collaborators from bands both big and small.

This 2003 single is a floor-filling tune, a tremendous laugh and it really, really makes you want to drive a fancy car around LA for a bit. Let’s dive in!

0.01
We open on an antiques shop in LA – Peron Antiques & Collectibles, 2213 W Sunset Blvd, Echo Park, if anyone’s being really fastidious about it. Based on a limited bit of farting about on Google Streetview, it might be a place called Memento Mori now.

0.15
We’ll get back to the haunted jukebox in a second – look, it’s the grazed knuckles of Travis Barker! This is half of his SELF / MADE knuckle tattoo.

0.17
On it comes, a mystical antique jukebox! Lovely piece of kit. This a Rock-Ola model dating from about 1960.

0.28
This piano loop, despite the massive lack of hair in this video, was used to sell a million tubs of hair gel in a Garnier Fructis ad campaign.

0.32
That’s Tim Armstrong, of course, standing on the bass drum. Armstrong is one of the most influential figures in U.S. punk – he was key in bringing elements of ska into it with Operation Ivy, and with Rancid really revived interest in the genre in the early '90s. At one point Madonna, of all people, wanted to sign Rancid to her label. He had a pretty nice side-gig writing songs for Pink at one point, helping her win a GRAMMY with a song he’d originally decided wasn’t good enough for Rancid. Ledge.

0.34
He looks different these days – he has a massive, awesome beard and a full-skull tattoo.

0.41
Supposedly, Kerrang! itself had a hand in the Transplants’ formation, when former K! journalist Morat introduced Tim Armstrong to speed-garage in London in the mid ‘90s, and Armstrong got really into it, thus sowing the seeds for getting loops and samples and everything involved.

0.50
Armstrong’s accent and delivery is described in this in-depth, oft-cited piece about “punk rock voice” as “an accent that varies song by song; sometimes it’s nearly featureless, other times it’s a [Joe] Strummer-esque Brit inflection, other times it sounds nearly New York.” There are various elements going on – part of it seems to be a conscious desire to emulate his heroes the Clash, and part might be a slurring stemming from a rough period of his life.

0.54
The diamond industry is a really fucked-up one, founded on violence and exploitation. Karl Malone, mentioned here as someone who’s 'taken a lot of shots', really has – he’s the second-highest points scorer in NBA history, retiring in 2005 with 36,928.

1.06
That gas mask, seen briefly, is extremely similar to the one featured in the single artwork (also seen on the backdrop behind the band in performance shots).

READ THIS: 11 things we learned from '90s punk rock from Smash!

1.44
Armstrong’s pronunciation of 'heroin' is quite odd, but it means it rhymes with 'gone'.

1.56
Oh shit, who’s this? It’s Skinhead Rob, aka Rob Aston, who was a roadie for Rancid and was asked by Armstrong to rap over some beats he’d made. He continued to work with Travis Barker even after Transplants’ hiatus, as a member of his hip-hop group Expensive Taste (with rapper Paul Wall) and a featured artist on Barker’s collaboration EP with Yelawolf, Psycho White. Plus, Aston and Armstrong both appeared on Barker’s solo album, Give The Drummer Some!.

2.22
'And, like he said, it’s a wicked world we live in' is a really nice bit of reiteration. It’s the rap-punk equivalent of 'I refer you to my colleague’s earlier statement'.

2.26
A standard glaring by Skinhead Rob.

2.32
Travis Barker just makes it all look really easy, doesn’t he? If most people tried drumming like him they’d be lying down exhausted about 15 seconds in, gasping for an intravenous drip.

3.14
Son Doobie goes from 'HA HA HA HA' to incredibly serious very quickly. It might not be genuine mirth!

4.22
And… out we fade. Good stuff all round. Despite all having different projects on, Transplants have continued bringing material out – they had a couple of hiatuses but have managed three albums and a covers EP, which isn’t bad going for a supergroup. Good work, everyone. 2002? Jesus Christ.