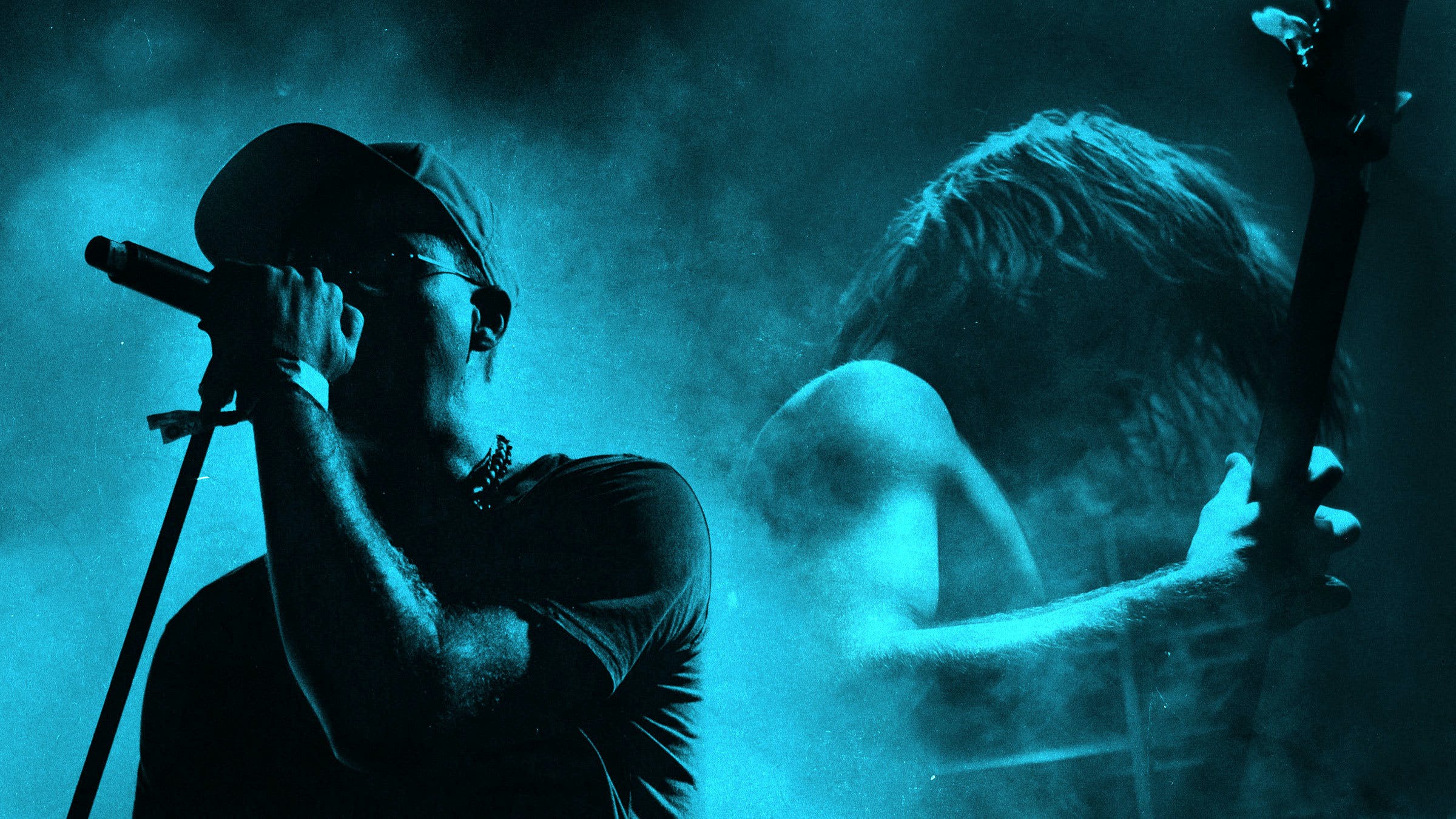 One thing hip-hop heads and metalheads have in common is a fierce defensive reflex when it comes to musical culture. When a perceived outsider attempts to rep their mode of dress, adopt their vernacular, or otherwise appropriate from their scene, the instinct to lash out and snatch it back overwhelms. Such protectiveness plays an important role in both genres’ endurance through the years and their continued survival as the digital age offers myriad opportunities for gaffes and outrage.

Still, the sad byproduct of these prickly traditions comes via an artificial desire by some in the respective camps of extreme music and rap to keep things separated, with race issues certainly playing a complicated part in that divisive mindset. This tends to obscure one crucial fact, that both scenes have had decades worth of fruitful collaboration with one another, from studio-based producers and home-taught musicians to lyrical spitters and profound screamers.

Sampling holds a crucial place in hip-hop’s origin story, one that starts in the 1970s with uniting territorial New York City gangs through the social means of parties helmed by the legendary likes of DJ Kool Herc. Among his contributions, he’s credited with looping of the hardest varieties of then-contemporary funk and rock for the purposes of these gatherings, giving the people something to dance to that they may or may not have been able to trainspot. Given this, the subsequent creation of new music from existing vinyl records made the melding of metal with the emerging emcee-featured sound of rap seems almost an inevitability in hindsight. This is how you end up with Hitman Howie T sampling Bad Brains and others on Chubb Rock’s debut album, with Tony G copping a Santana classic for Mellow Man Ace’s Mentirosa, and 2 Live Crew snatching Van Halen riffage for The Fuck Shop, among countless other examples.

What’s interesting, however, is that Run-DMC, one of the biggest projects of the hip-hop’s early-to-mid 1980s arrival on the national stage, employed live guitars in much of their groundbreaking work. Eddie Martinez played his axe on several of the group’s singles, most of which appear on their first two albums, and also recorded contemporaneously with David Lee Roth on the Van Halen singer’s 1985 EP Crazy From The Heat. He would later work with hard rock legend Jim Steinman, both with and without Meat Loaf.

Admittedly, some of the rap-meets-rock crossover moments of have been transparently commercial, the apparent brainstorms of record label executives looking up from the lines of powder on their desks. Run DMC’s Aerosmith team-up Walk This Way certainly comes to mind, as does the Chuck D featured Anthrax reinterpretation Bring The Noise. No matter the provenance, however, these tracks very clearly offered young listeners permission to reconcile their interests in both worlds, setting the stage for the rap metal of the 1990s.

Inspired by the likes of Suicidal Tendencies, Ice-T and his longtime friend Ernie C started Body Count at the height of the rapper’s career, debuting their namesake song on his OG Original Gangster album. For their eponymous and underrated 1992 debut, he brought the socio-politically charged streetwise viewpoints of his prior records to a selection of doomy riffs and hardcore tempos. That same year, Rage Against The Machine dropped their album debut, making waves with resonant leftist anthems. Seeing bands integrate the cadences of hip-hop with the heaviness of metal swung open the door for the true cross-genre collaborations soon to come.

In 1993, the genres began making more meaningful contact. Biohazard, a Brooklyn band that scarcely hid a deep connection to its hometown’s hip-hop, teamed up with aggressive Queens rap crew Onyx for a joint reinterpretation of the latter’s hit Slam. They revisited the boro-to-boro connection with Judgment Night, named for the film of the same name. While the action flick may not rank highly in cinematic circles, the corresponding soundtrack proved one of the decade’s touchpoints via a number of similar collaborative cuts, including Helmet and House Of Pain’s Just Another Victim, Faith No More and Boo-Yaa T.R.I.B.E.’s Another Body Murdered, and a medley of Exploited songs by Slayer and Ice-T.

Emboldened by success, 1990s rap producers weren’t shy about sampling from hard rock and metal records either, no doubt with crossover in mind. Not content simply to crib from Led Zeppelin, Puff Daddy went one better and tapped Jimmy Page for his single Come With Me, an interpolation of Kashmir with added bass by Rage’s Tom Morello. Taken from the Godzilla movie soundtrack, the track proved a significant hit, reaching No. 4 on the Billboard Hot 100.

Later that decade, as more identifiable rap metal acts like Kid Rock and Limp Bizkit emerged as major label prospects, the possibilities for further intermingling grew. Korn made a California connection with N.W.A. alum Ice Cube for 1998’s Children Of The Korn. Similarly, Boogie Down Productions legend KRS-One joined Shifty Shellshock and the Crazy Town crew for B-Boy 2000 off 1999’s The Gift Of Game.

Well before so many of these relative new jacks with backwards caps came up, Cypress Hill, a group that regularly mixed metallic sounds in their stoner fare, regularly interacted and partnered with metal acts, as Sen Dog did on How It Is with Biohazard in 1994. They formally seized upon the burgeoning rap metal moment with 2000’s Skull & Bones, bringing in heavy guests like Rage’s Brad Wilk and half of Fear Factory. With the assistance of Deftones’ Chino Moreno, the album yielded a game-changing single in Rock Superstar, giving them greater traction with hard rock and punk audiences they continue to enjoy to this day.

With rapper Mike Shinoda claiming co-frontman duties alongside singer Chester Bennington, Linkin Park’s Hybrid Theory marks one of the few records of this nu metal period that hasn’t been outright dismissed by today’s listeners. The Midwest crew’s credibility extended to their 2002 set of remixes and redos called Reanimation, which boasted appearances by a ton of hip-hop notables such as Alchemist, Black Thought, and Pharoahe Monch as well as a single mixed by Orgy. That evident respect for the genre made the Jay-Z mash-up EP Collision Course even more of an event, with its spliced take on hits from both acts.

In the 2000s, with the barriers between genres considerably eroded, the appeal of these collaborations waned. Backlash to the nu metal spitters like Fred Durst sent metal artists running far away from what was perceived as a trend, as opposed to the culmination of years of mutual influence and admiration. In this same period, hip-hop opened up its eyes to the regional scenes, particularly in the American South, that had gone overlooked in the east coast / west coast fixation of years past. Few artists in the distancing scenes had time for one another.

Still, millennials raised in the ruins of these genre collabs lacked many of the surrounding stigmas, which has moved the 2010s towards rebuilding. Teenaged SoundCloud rappers began sporting Marilyn Manson t-shirts and extreme tattoos. Some even applied metal motifs in their music, as has become common in the trap metal hybrids of City Morgue and Ghostmane. Furthermore, artists with seniority have continued to play to their strengths by reviving the team-ups of old. One standout, Cypress Hill’s Sen Dog formed Powerflo with some of his pals from Biohazard, Downset, and Fear Factory, dropping a full-length in the summer of 2017. Tracks like Where I Stay harken back to the old school while benefiting from up-to-date production values. Ultimately, with a young generation’s open mindedness and the tenacity of veterans, we’re likely approaching a new dawn in hip-hop and heavy metal collaborations.