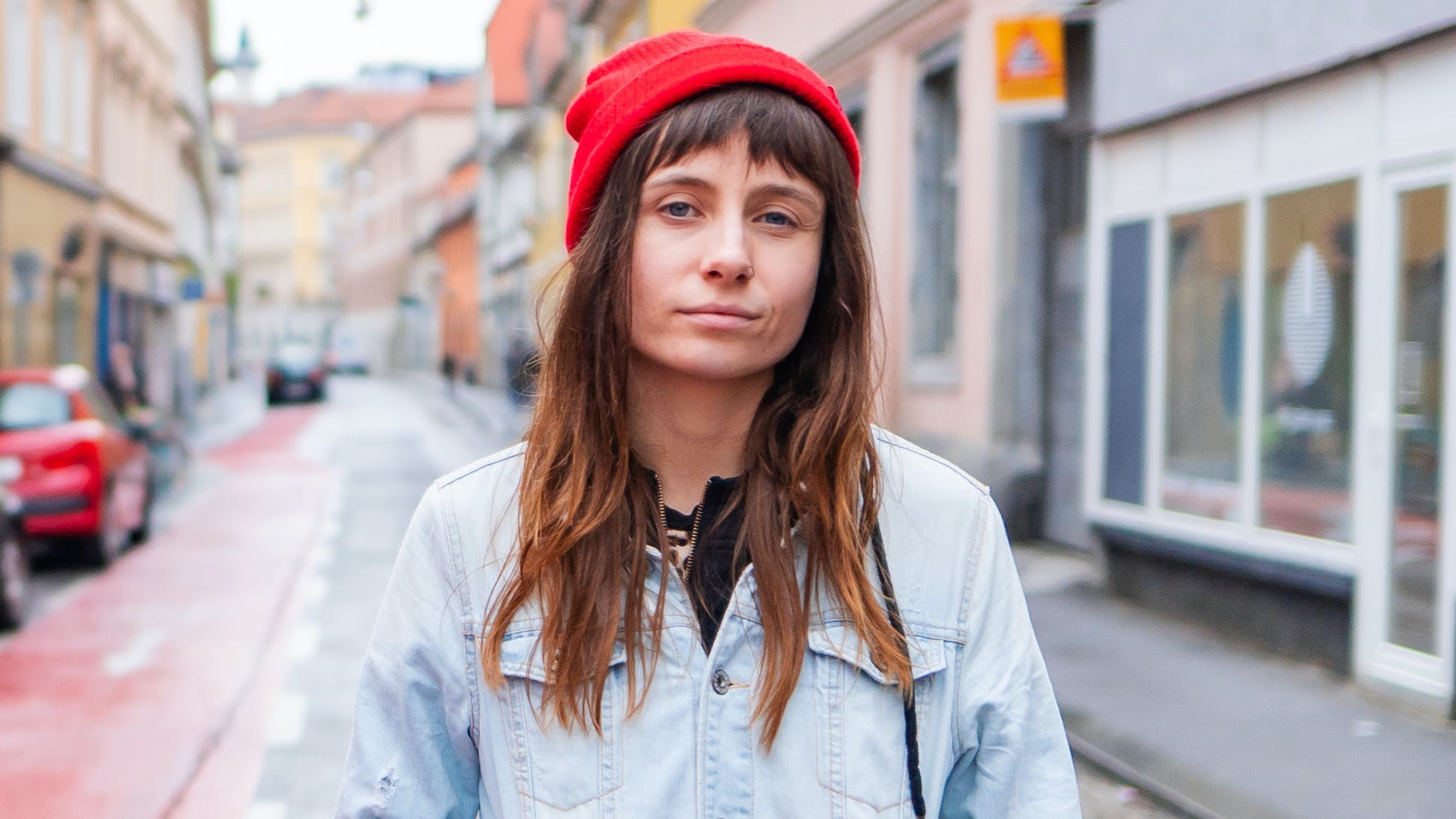 The U.S. Supreme Court has overturned Roe v. Wade, the landmark 1973 case that had protected a pregnant person’s right to choose by making it unlawful for individual states to ban abortion. Friday’s ruling has now triggered abortion bans or severe restrictions in several U.S. states, with many more to follow. The majority do not even allow exceptions in cases of rape or incest.

It’s hard to overstate the severity of what this means for anyone who gets pregnant in those states, with the most marginalised being worst affected. Abortion was already difficult to access for many low income, black and indigenous people in the U.S., and with the new laws, these already over-policed and economically deprived communities will face the brunt of this horrific violence. But make no mistake, this is an attack on all women and people with uteruses and those who support them, one that abusers will be able to freely exploit, as well as the growing misogynistic alt-right – particularly in states that offer financial incentive for reporting people providing abortion. And in today's world of menstrual trackers and data banks, they have the technology at their fingertips. It is truly the definition of dystopia.

Thankfully, abortion pills, effective up to 11 weeks of pregnancy, are widely available. But the fact that abortion by pill is indistinguishable from a miscarriage is a double-edged sword. As Jia Tolentino points out, any pregnancy lost past a very early cut-off could potentially be investigated as a crime, and digital evidence such as search histories will be used against defendants, as in the case of Latice Fisher who experienced a still birth at roughly 36 weeks at home, and was charged with second-degree murder after investigators found the names of abortion pills in her search terms.

Activists are also looking to other countries with abortion bans as an example of what post-Roe U.S. will look like. A case from El Salvador last month, where a woman was sentenced to 30 years in prison for aggravated homicide after she miscarried, is being considered a stark warning.

It isn’t only their freedom that pregnant people now risk in these places; it is also their lives. Even for those who desperately want a baby, abortion is sometimes a necessary and life-saving procedure if complications arise.

Here in Europe, just last week Andrea Prudente had to be rescued from Malta where she was refused potentially life-saving treatment during a miscarriage because of the country’s total ban on abortion. And in January, Agnieszka died after being refused an abortion in Poland, following Izabela who died under the same circumstances in September. Not only do abortion bans effectively criminalise pregnancy, but in cases such as these, they result in state sanctioned femicide. Abortion should be accessible for anyone who wants one, full-stop, but this is how high the stakes are. This is why abortion bans are an all-out war on women and anyone with a uterus.

As these cases demonstrate, it’s not just the U.S. that is denying women and pregnant people access to healthcare they want or sometimes desperately need. UK organisation Abortion Support Network arranges and funds abortions for people from countries such as Poland and Malta, where abortion is banned, as well Ireland and Northern Ireland where access is still limited despite recent legal changes. They are currently also helping those impacted by the war in Ukraine. It isn’t just the U.S. that needs our solidarity, we have work to do on our own doorstep too!

The overturning of Roe v. Wade shows us that we cannot take abortion rights or access for granted anywhere. And here in the UK, our access to abortion is far more fragile than many of us realise. Legally, it’s actually worse than the U.S. was before Friday, and worse than the majority of European countries. I was completely unaware until very recently that abortion is a crime in the UK. There’s even a woman in Oxford facing trial next month for taking abortion medication that she ordered online, under charges that carry a maximum life sentence.

Under UK law, you need the permission of two medical professionals who must decide that the pregnancy would be more harmful to you or your family than if it was terminated. So it’s actually not your choice – it’s up to the doctors! In practice, abortion is still relatively easy to access, but this could change far too easily. Campaigners are warning that the very well-funded international anti-abortion movement will be massively emboldened and are expecting the Christian Right to step up its activity in the UK and rest of Europe. We have openly anti-abortion MPs such as Jacob Rees-Mogg in positions of power and a government intent on scrapping the human rights act. We have to act now!

Here are seven things you can do…

1Donate to abortion funds, or even better, fundraise publicly

Donate to U.S. abortion funds, to Abortion Without Borders and to Abortion Support Network.

Fundraising publicly not only means raising more money, it also means raising awareness, having conversations with people and shifting public opinion. This is especially vital when there is so much stigma surrounding abortion. You know the drill: benefit show, bake sale, sponsored head shave, virtual pet show, quiz night, charity walk or run… there are so many options! Check out Abortion Support Network’s fantastic guide for fundraising.

And yet, society teaches us that we should keep it quiet, or even be ashamed of it. I will never stop repeating that if you have had an abortion, you have absolutely nothing to be ashamed of. You made a decision about your body and your life, and you have every right to.

Now more than ever, is time to be loud and proud about our support for abortion. If you want to share your personal experience of abortion, and it’s safe for you to do so, then that can be a hugely powerful way of dismantling stigma and supporting others having similar experiences. You might be surprised how many people you know have had one themselves.

But even if you don’t want to share your personal experience, or you haven’t had an abortion, there are so many ways to show support, as well as fundraising. Sharing things online is limited but it still helps! We can also have conversations with family, co-workers and people we meet. We can wear T-shirts supporting abortion, especially if they are made to raise money for abortion funds – we can even make our own. We can make posters to put up in our local areas. We can write songs and stories, make TikTok videos, zines and art. Music, art and culture are part of this fight! Culture is what forms and maintains our ideas about everything – from gender to the nation state. Let’s create culture that is unapologetically pro-abortion!

You can sign up to volunteer with organisations like Abortion Support Network, who focus on provision, or Abortion Rights UK who focus on campaigning. If, like me, you are relatively new to abortion activism, then follow the lead of those who aren’t! There is a long history of abortion activism and provision, and it is their expertise we must follow. It is via these organisations that we can join and build campaigns, and share useful and credible information.

Anti-abortion clinic protests have been increasing, in regularity, size and aggression in the UK. If you’re able to, join in with local counter demos – or start your own! Prioritise the well-being of people using the clinic when working out how best to do this.

Join or start protests in solidarity with the U.S. or anywhere that abortion is under attack. Protest outside the court hearings of anyone criminalised for abortion. And as soon as they dare to start trying to roll back access and rights in the UK, protest like hell!

6Campaign for abortion to be decriminalised in the UK

It should never be a crime for anyone to exercise their bodily autonomy. Check out Abortion Rights UK and the We Trust Women campaign.

7Fight for bodily autonomy for all!

And finally, we must recognise that an attack on the bodily autonomy of anyone is an attack on the bodily autonomy of us all. We must also fight for trans rights and access to healthcare, and refuse to allow our struggles to be divided. As Kerrang! Grassroots Award winner Janey Starling has written: “Whether it’s termination or transition, if the state is trying to intervene in anyone’s right to make decisions about their body, there are consequences for all of us.”

Ahead of the release of third album Baby, Petrol Girls have shared new single Preachers.